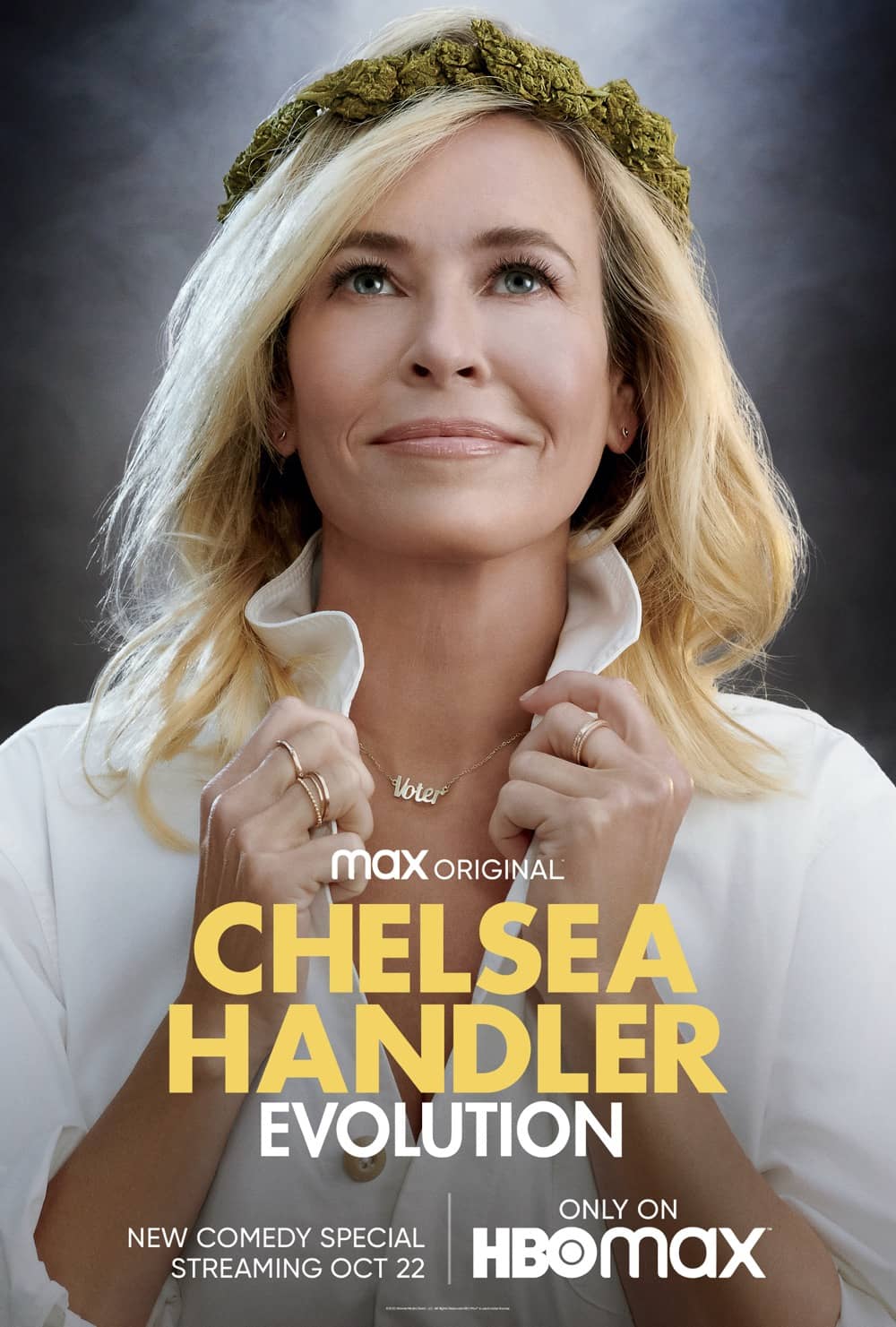 On Thursday, October 22, Chelsea Handler makes her long awaited return to stand-up after a six year hiatus with Chelsea Handler: Evolution on HBO Max. During the hour-long special Handler will share hilarious experiences about her family, friendships, and her first foray into therapy—where she was able to unearth why everyone on this planet annoyed her so much. Handler, a six-time #1 New York Times Bestselling author, filmed the special this summer from her home state of New Jersey on the heels of her most recent bestselling memoir, Life Will Be the Death of Me. The special was filmed in front of a live audience following social distancing and covid safety protocol.

Handler has always been a trusted voice and has provided much needed perspective for the world. Now, she turns the attention on herself, reflecting on her personal journey toward self-awareness, assisted by her reliable companion – cannabis. Never one to hold back, Handler bravely takes the stage to face herself in front of everyone. It’s a powerful performance and the most evolved work of her career.