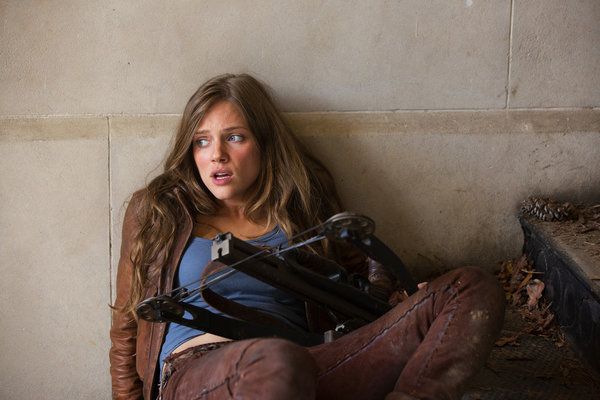 Among the shows coming to Netflix next year will be “Revolution,” a drama for NBC from J.J. Abrams ‘ Bad Robot Productions set in a post-apocalyptic America which ranks as the #1 new series of the 2012–13 television season; “Political Animals,” the USA Network miniseries with Sigourney Weaver in a Golden Globe– and Screen Actors Guild Award–nominated role as a former First Lady serving as Secretary of State; “Longmire,” A&E’s top-rated Western mystery series based on the novels by best-selling author Craig Johnson ; and “666 Park Avenue,” the ABC supernatural thriller starring Terry O’Quinn and Vanessa Williams .

Also coming to Netflix will be the highly anticipated drama “The Following,” starring Kevin Bacon as a former FBI agent on the trail of a serial killer played by James Purefoy and which premieres January 21 on FOX, as well as hit serialized Warner Bros. Television series “Chuck,” “Fringe” and “The West Wing.”

“This unprecedented agreement brings to Netflix members earlier and more exclusively than ever before complete previous seasons of some of the most prominent and successful shows on network and cable television,” said Ted Sarandos , Netflix Chief Content Officer.  “Through deals like this, Netflix is making the production economics right for the continued creation of the kind of compelling serialized dramas and thrillers that our members love.”

“SVOD has become an important window for our serialized dramas, allowing viewers a chance to discover a series that before might have been intimidating to tune into mid-run,” said Bruce Rosenblum , President, Warner Bros. Television Group. “We continue to adapt our business models to include SVOD when it makes sense for the long-term value of each show and are thrilled to have Netflix as one of our distribution partners.”

The agreement covers a current slate of eight Warner Bros. shows as well as potential future shows. Under the agreement, the shows can also be made available via traditional syndication windows, electronic sell-through services and on a catch-up basis for recently aired episodes.