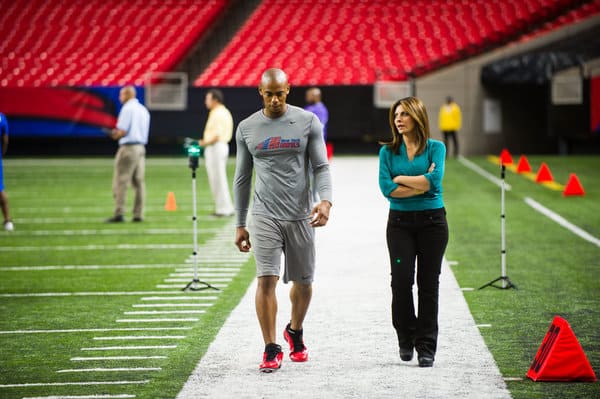 “NECESSARY ROUGHNESS is an important page in our network playbook,” said Wachtel and McCumber. “With a standout team of actors and writers playing at the top of their game, the upcoming seasons promise to deliver high-impact and creative storytelling.”

NECESSARY ROUGHNESS features Golden Globe® nominee Callie Thorne as she reprises her acclaimed role as Dr. Dani Santino, a Long Island psychotherapist and single mother who’s plucked out of relative obscurity to become the sports-psychologist for the New York Hawks. Season two returns on January 23, 2013 at 10/9c with five powerful episodes leading to a dramatic finale.  After running the risk of losing her entire practice, Dani attempts to pick up the pieces of her complicated life. Meanwhile, Hawks star player and ultimate bad boy TK (Mehcad Brooks) struggles with his sobriety but will stop at nothing to maintain his number-one position as wide receiver. And with the franchise’s ownership in the balance, the team is challenged when a secret threatens to bring down the Hawks’ entire season.