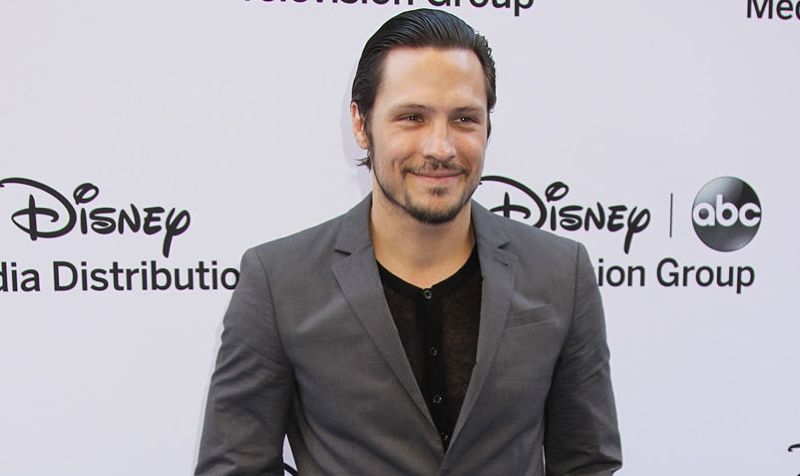 ABC’s drama series REVENGE ended its third season with a few whopping shocks: (1) David Clarke (James Tupper) is alive and it sure looked like he killed Conrad Grayson (Henry Czerny); and (2) Emily Thorne (Emily VanCamp) hit Victoria Grayson (Madeleine Stowe) over the head with a shovel and had her committed to a mental institution.  Thus, it would seem that the ultimate revenge had finally been achieved for David Clarke and his daughter Amanda Clarke, aka Emily Thorne, against the Graysons.  But does it ever really end?  As Season 4 will surely reveal, once the revenge genie is out of the bottle, it just may never quite go back in.  So where does it stop?

In an exclusive interview, star Nick Wechsler talked about what’s next for his character Jack Porter and whether there may be a happy-ending ahead for Jack and Emily.

At the end of Season 3, we last saw Jack being carted off to jail.  Is that storyline going to pick up right away or is there going to be a time-jump in the Season 4 premiere?
NICK:  There is a time-jump. But I can’t talk about that.  I didn’t think that would be an issue, but I just found out that they want to keep that under wraps ’til it happens.

So whatever length the time-jump is, will we be seeing Jack in jail?
NICK:  Possibly.  I’ll say this:  as you probably have seen, there are photos of Jack as a cop.  I’m playing a cop at some point this season.  So that happens.  Jack becomes a cop.

That’s a relief! So Jack’s not going to be in jail all season.  That will be an interesting story.
NICK:  Yeah, it will be.  Eventually, he’s not charged with what Charlotte (Christa B. Allen) was accusing him of and, afterwards, he decides to empower himself.  He’s been screwed over so much and now he just wants the power back.

Is Jack going to be reconciled with Charlotte or is their friendship over?
NICK:  I think the friendship is over, at least for right now.  He’s always going to care about her, but whether or not she ever cares about him again is a different issue.  But he’s always care about her.  He just can’t tell her the truth without outing Emily, and when he does that, Charlotte’s never going to forgive him.  She’s still going to think he was responsible for her kidnapping.

That’s definitely a wedge between them then.
NICK:  Yeah.  It’s like, “I love you, but I can’t tell you the things that would set you free from hating me.”  So Jack’s just got to suck it up.  He’ll just love her from afar and he’ll protect her.

Does Jack have any friends at this point?  It doesn’t seem like he can trust and rely on Nolan (Gabriel Mann) and Emily anymore.  Is that also a problem this season?
NICK:  At this point, I think he can.  They still hide some things, but he’ll be like, “Hey, common on. Just stop doing that.  Are we still at the point where you’re hiding stuff from me?  I’ve seen too much and I’ve been through it all with you.”  So it’s like, “You owe me the truth and I need you to tell me. I can actually help you now that I’m a cop, and if you give me a heads up on something, I can look into it and I can protect you.”  But Emily still withholds things and Jack has to wag his finger at her and then gets the information.  But I’d say that they are still friends and they are on good terms.  In my mind, the moment Jack almost lost her last season, when she almost died in the hospital after she had been shot, and he thought he was going to lose her — that was when all of his anger and all of his bickering with her just melted away.

It also seems like Jack is not always onboard with what Emily wants to do, and he disagrees at times.
NICK:  Yeah, he keeps her honest — or he tries to.  It’s like with any best friend, they don’t always agree with you.

At one point, Jack and Nolan were pretty close friends.  Are they going to return to that level of friendship or is that gone as well?
NICK:   I think their friendship is basically back on track.  Here’s the thing: I think I could forgive someone if the same kind of thing happened to me. Well, if they totally ruined my life, maybe not.  But with Charlotte, she might be able to forgive Jack when she finds out.   Jack’s going to be like, “Can’t you see that I was trapped into lying?”  So Nolan was trapped into lying to Jack, so he’s not going to hate him for that.  As long as Nolan didn’t willfully put Jack in danger, he can forgive that.

Is Jack worried at this point?  There seems to be a lot of people dying around him lately, particularly now that Aiden (Barry Sloane) has just died. Is Jack worried that if he continues to be a part of that revenge team that there might be a bullseye on him as well?
NICK:  Definitely.  I think that’s why he becomes a cop.  That’s not the whole reason.  That’s just part of it.  Well, it’s a huge part of it because he doesn’t want to lose anyone else he loves — Emily or his son or Nolan.  He’d rather be the one who gets hurt, than anyone else be hurt.  But he doesn’t want to be hurt either, so he just wants to have some power so he can stop it before anyone gets hurt.  He became a cop to have the power to do something about it.

Where does baby Carl fit into Jack’s life?  Does Jack still have Carl?
NICK:  Oh yeah, but frankly, we see very little of Carl this season.  Carl’s going to have like a totally absent father, but he’ll be safe. He’s got a sitter and he’s being taken care of.  We do talk about him here and there, but we don’t see him that much.

Viewers have now seen that David Clarke is alive though we don’t know how soon everyone else finds that out.  But assuming that Jack may find out, how is he going to react to that?
NICK:  I think it is going to be “holy shit!” because Jack knew him too back when he was a kid.  Jack will experience some small fraction of Emily will feel.  But it will be mostly a vicarious feeling.  It will be “holy shit, I know how significant this is for that girl I’ve grown up with — that girl, that I’ve frankly wanted my whole life.”  This is the most significant thing you could ever see happen.  The whole revenge thing, the whole reason she wouldn’t let herself be with Jack was a monument to her father and now he’s back.  So it’s mind-blowing.  It’s kind of good.  It’s like there is a possible redemption and reconnection.  It will be like, “I guess he’s back now and that’s cool.”  But also, we don’t know why he’s back and we don’t know where he went.  So we gather that information over the course of this season.

What point are you filming at now?
NICK:  We’re currently on Episode 7.  It feels like the fastest filming season we’ve had so far.  It isn’t technically, but I think going into it, it felt like it.  I don’t know why. (Laughs)

What would you like to say to the fans that are rooting for Jack and Emily?  Should they be rooting for Jack and Emily this season?
NICK:  Thanks for standing by after these past two seasons with no Jack/Emily reminders.  I don’t know when and I don’t know how, but I think there will be a moment for them.  I don’t know how that moment will last.  I don’t know any of that.  Previously, there was always some obstacle to Jack and Emily being together.  Like he didn’t know who she was all of the first year.  Then second year he had this new girl and they had a kid together.  Third year, he was angry at her and they were both with someone new. This year, neither of them is with anyone.  His wife has passed and her guy has passed, so there is an obvious window of opportunity for them.  So, for the fans, hang on and keep hoping.  I think something’s going to happen this season.

With that teaser of Jack and Emily maybe getting a long-awaited chance at happiness together, be sure to tune in for the Season 4 premiere of REVENGE on Sunday, September 28th at 10:00 p.m. on ABC.