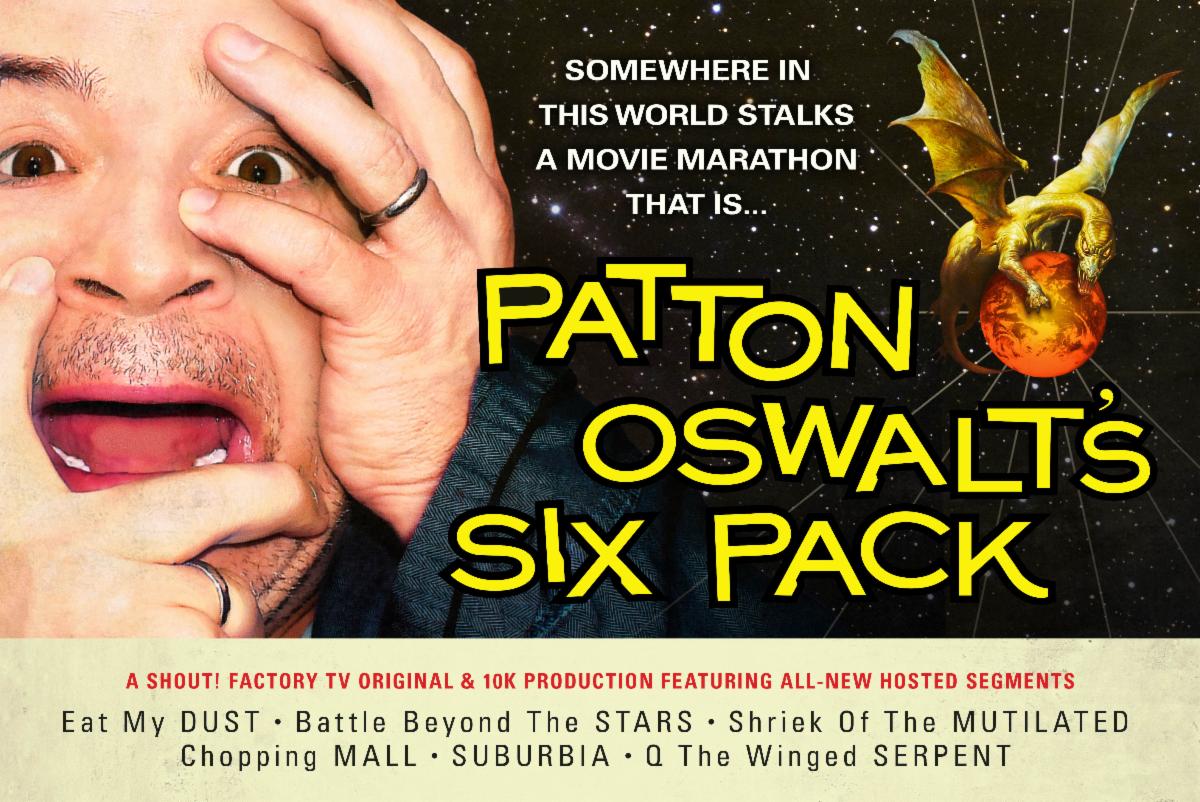 Patton Oswalt’s Six Pack consists of Chopping Mall, Battle Beyond the Stars, Shriek of the Mutilated, Suburbia, Eat My Dust and Q the Winged Serpent, featuring the best in B-movies that run the gamut from space opera to monster horror to punk rock pandemonium.

“It is true what you have heard about me. I am a cinephile, but don’t think for a moment that I am a film snob,” said Oswalt. “There’s always something in every film, whether it’s a single shot, a performance, a stunt—every film contains something that is worth the experience. Together, we will find redemption for all six of my selections…or die trying. See you at the screen of your choice. BYO treats and no smoking in the balcony, kids.”

A comedian, actor, and writer, Oswalt continues to find success in all areas of entertainment. From his award-winning comedy specials to his many memorable film roles and guest appearances on his favorite TV shows (including “Parks and Recreation,” for which he received a TV Critics Choice Award), Oswalt continues to choose work that inspires him and entertains audiences. He received an Emmy nomination this year for his latest Netflix special “I Love Everything” and currently stars as ‘Principal Durbin’ on the NBC Universal comedy “A.P. Bio,” produced by Seth Meyers, Mike O’Brien, and Lorne Michaels.

Oswalt also delivers all-new comedy in a one-hour live virtual event on Friday, October 23rd at 9:00pm ET/6:00pm PT, where fans can log on to the virtual platform On Location Live for his take on what’s happening today in the outside (and inside) world, and then stay for the after-party where they’ll be able to directly ask Oswalt for answers to their most burning questions.