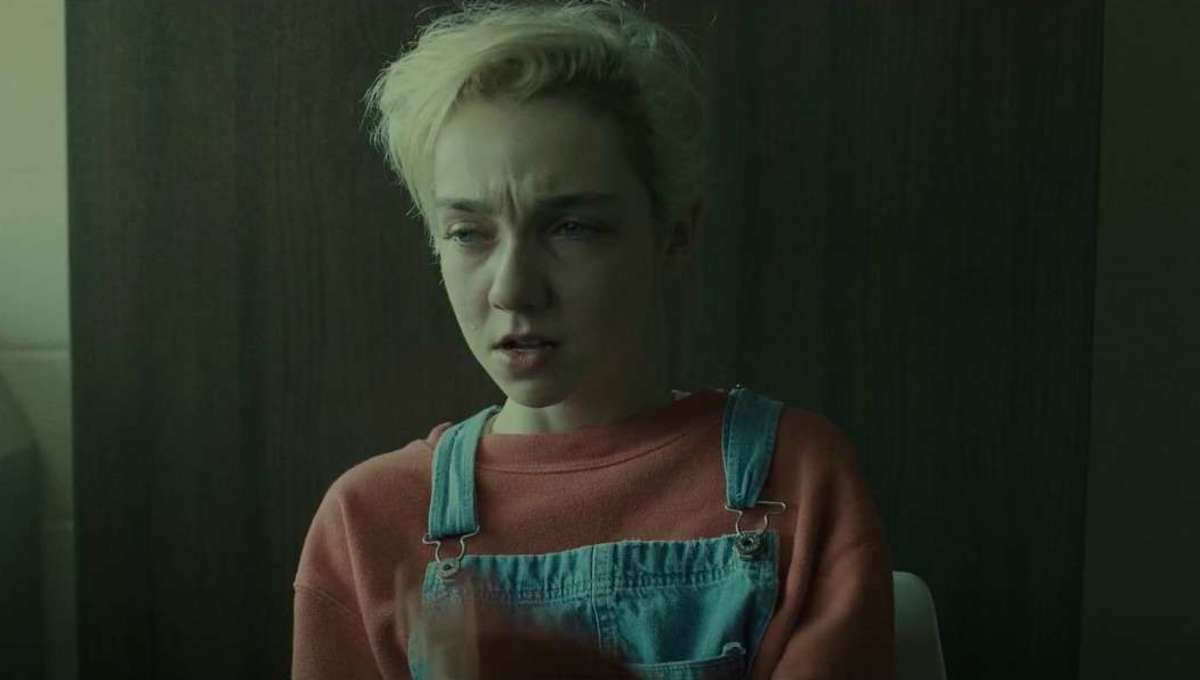 IFC Midnight announced today that it is acquiring U.S. rights to visionary director Anthony Scott Burns’ COME TRUE, a sci-fi nightmare based on the real-life horror of sleep paralysis and how it plays tricks on the mind. The film had its world premiere at the 2020 Fantasia Film Festival to positive critical reception and will have its U.S. premiere today at the inaugural virtual super-festival NIGHTSTREAM. The film stars Julia Sarah Stone (The Killing, Weirdos, Allure) and Landon Liboiron (Truth or Dare, Frontier, Hemlock Grove). COME TRUE is a Copperheart Entertainment production. The film was produced by Steven Hoban, Mark Smith, and Brent Kawchuck; co-produced by Nicholas Bechard; Executive Producers Vincenzo Natali, Andrea Hatzinikolas, Chris Wallace, Bob Crowe, and Karyn Nolan. The film was produced with the participation of Telefilm Canada and with the assistance of the Government of Alberta, Alberta Media Fund. IFC Midnight is planning a release in early 2021.

Dark dreams trouble rebellious teenager Sarah. Struggling at school and unable to go home, she is relieved to find shelter at a university sleep study. Hoping this will finally help her to get rid of her nightmares, Sarah unwittingly becomes the channel to a horrifying new discovery.

Director Anthony Scott Burns commented, “I am thrilled to have IFC onboard as our American home for Come True. The film was created to entertain audiences who love the horror genre, but also appreciate the unpredictable nature of independent cinema. IFC are proven masters of both realms, so I know we’re in the best hands.”

Arianna Bocco EVP of Acquisitions and Productions of IFC Films added, “We’re thrilled to reteam with Anthony on another innovative genre-bender, which is already garnering attention during this unprecedented period for festivals and the industry. Being able to work with filmmakers on multiple projects throughout the years is something we strive for as a company and often feels like a dream come true.”

IFC Films is fresh off the success of Dave Franco’s THE RENTAL, scooping the title of #1 movie in America at the Summer box office, and #1 on the iTunes charts. Together with the success of Natalie Erika James’ critically-acclaimed RELIC and The Pierce Brothers’ THE WRETCHED, IFC Films has surpassed $4.5M in box office during the pandemic with an innovative release strategy. Other critically acclaimed genre-benders from the distributor’s 2020 slate include Carlo Mirabella Davis’ SWALLOW and Sean Durkin’s THE NEST.

The deal for the film was negotiated by IFC Films’ Director of Acquisitions Aijah Keith with XYZ Films’ Pip Ngo on behalf of the filmmakers. Raven Banner holds distribution rights in Canada. Reel Suspects is handling international rights.