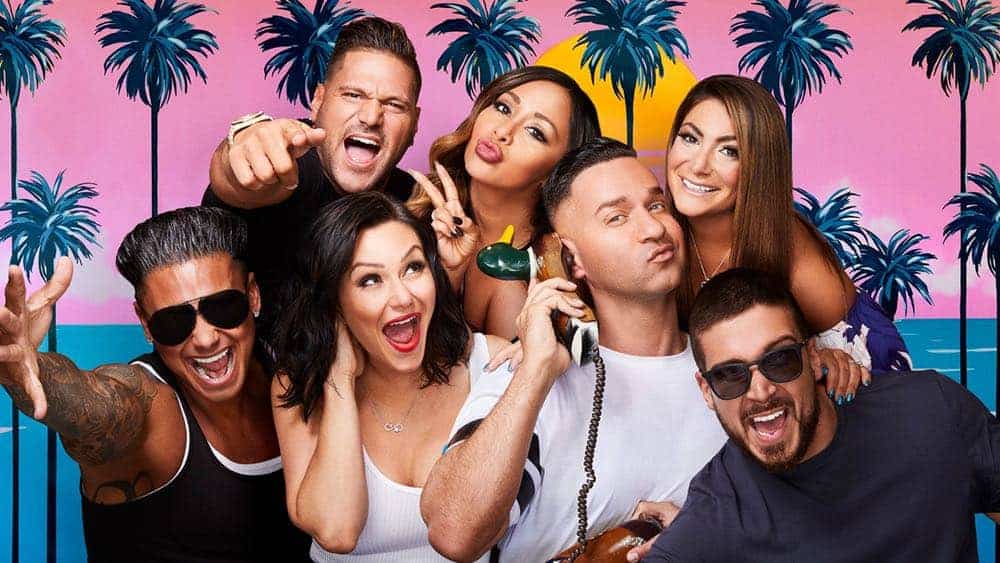 MTV is utilizing monster hit “Jersey Shore Family Vacation” to launch new series and expand on its thriving Thursday night block. First up was “Ex on the Beach” which debuted out of “JSFV” last week and proved the strategy is working. It was MTV’s highest rated non -“Jersey Shore” unscripted series launch in over four years, +282% from the time period average, and +174% from MTV’s new series average. The powerhouse combination of “JSFV” and “Ex on the Beach” secured MTV’s position as the #1 network across broadcast and cable on Thursdays in primetime among P18-34.

Following “Ex on the Beach” run, the network will debut four new series to further extend its successful Thursday prime block, including “Made in Kentucky” (working title), “Staten Island 10310” (working title), “Too Stupid to Die” and “Just Tattoo of Us.”

“Made in Kentucky” is a new docuseries that follows a rowdy group of friends in gorgeous Pike County, Kentucky, deep in Appalachian Coal Country. This diverse gang bucks all convention and makes their own fun through country shenanigans and wild behavior: from Hillbilly Jet Skiing and “Rock Bouncing” to River-Slides, Lawnmower Jousting, and making “Hot Tub Pickups” out of their trucks, there’s never a dull moment when these friends come together. In a group this tight, lives intertwine – so there’s no lack of dramatic love stories and complicated love triangles, but friendship always comes first. And while the recent national focus on Coal has revived hope in this once-thriving Coal Town, the group still questions what comes next: stay in the picturesque home they’ve loved forever… or chase opportunities outside of Coal Country?

“Staten Island 10310” is a coming-of-age story that follows a group of rebellious young adults and their families as they struggle to break away from the temptations of the lifestyle they were born into.

“Too Stupid to Die” is a coming of age docu-series that follows the story of a backyard stunt family making a name for themselves with nothing but blood, sweat and fearlessness. The next generation stunt series, developed in conjunction with YouTube banned, online sensation and daredevil, Zach Holmes, is packed with bizarre pranks, hilarious comedy and, of course, outrageous stunts.

Based on the hit global format, “Just Tattoo of Us” is an outrageous, new series that puts relationships through the ultimate experiment in trust by asking pairs of friends, family members and couples to design shocking tattoos for each other that won’t be revealed until after they’ve been permanently inked onto their skin.