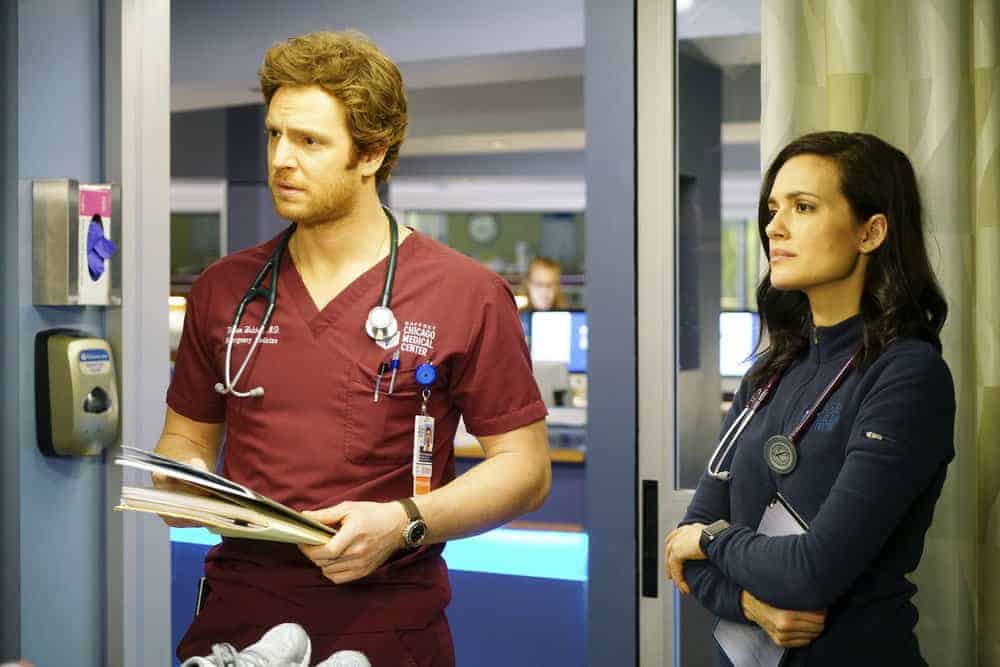 After a 10-year-old boy is admitted to the hospital, Dr. Manning and Dr. Halstead disagree on how to best handle the boy’s parents. Dr. Rhodes rushes to fix a heart that will be given to Dr. Reese’s estranged father (guest star Michel Gill). CHICAGO MED Season 3 Episode 17 Photos The Parent Trap.