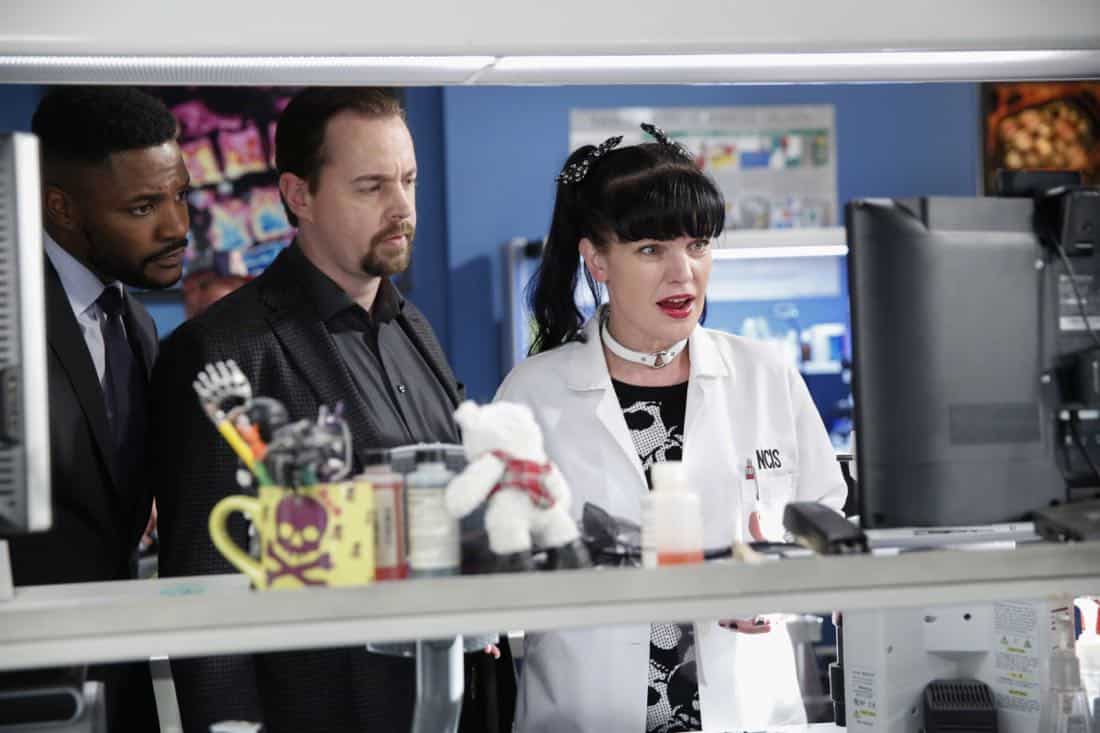 “MacGyver + MacGyver” – MacGyver (Lucas Till) gets a shocking surprise when he tries to tell Matty (Meredith Eaton) that he’s quitting the Phoenix Foundation. Tate Donovan guest stars as Oversight, a man with a history with Matty. 2nd season finale.

“A Band Done” – After a former bandmate talks Kevin (Kevin James) into reuniting with their old group, Smokefish, with hopes of making it big, Vanessa (Leah Remini) realizes a chance encounter with the band in her past changed the course of her life. Sal Governale from “The Howard Stern Show” guest stars as Lance, a music manager. 2nd season finale.

“Phone Confetti and a Wee Dingle” – Christy (Anna Faris) and Bonnie’s (Allison Janney) relaxing trip to a spa takes a turn when Bonnie lands in jail.

“My Aim is True” – When a series of drive-by murders occur after six wrongly convicted men are released from prison, Danny (Donnie Wahlberg) and Baez (Marisa Ramirez) wonder if they were orchestrated by the men as an act of revenge. Also, Frank (Tom Selleck) combats the guilt he feels about these innocent men unfairly serving nine years in prison, and Jamie (Will Estes) and Eddie (Vanessa Ray) find themselves in a life-threatening situation. 8th season finale.

“The Cost of Doing Business” – After Jason (David Boreanaz) lies about his concussion to get cleared for combat, he and the SEAL Team plan a final mission to avenge Echo Team’s deaths once and for all before they return home from deployment. 1st season finale.

“Model Piercing Video Hangover” – Jen (Zoe Lister-Jones) and Greg (Colin Hanks) find out a surprising piece of news. Also, Sophia (Giselle Eisenberg) wants to get a second piercing in her ear, to the dismay of Heather (Betsy Brandt) and Tim (Dan Bakkedahl); Colleen (Angelique Cabral) and Matt (Thomas Sadoski) send out a video thank you message for their wedding gifts that irritates the family; and John (James Brolin) takes a modeling job but is horrified when he finds out his image is used alongside a product for the elderly.

“Sixteen Spanish Car Leak” – Tim and Heather plan a surprise birthday party for Samantha (Holly J. Barrett), but the night takes an unexpected turn when she doesn’t come home alone. Also, Matt and Colleen learn their surrogate can no longer carry their baby; John and Joan (Dianne Wiest) decide to learn Spanish for their next adventure; and Jen and Greg have to find a way to keep their secret from the family. 3rd season finale.

“A Line in the Sand” and “Ninguna Salida” – After Sam (LL COOL J) is shot during a firefight with the cartel, a suspect is interrogated and reveals new information on the whereabouts of Spencer Williams (Lamont Thompson), the man who kidnapped Mosley’s (Nia Long) son five years ago. Also, despite several team members having grave reservations, NCIS travels to Mexico for a risky mission to locate and rescue Mosley’s son. 9th season finale.

“Night Watch” – Elizabeth (Téa Leoni) and cabinet members brace for the fallout at home and abroad as President Dalton (Keith Carradine) prepares for a retaliatory nuclear attack on a country that has reportedly just launched missiles bound for the U.S. 4th season finale.

“Date with Destiny” – Sloane (Maria Bello) is adamant that a man who held her hostage and tortured her years ago in Afghanistan, and was believed to have been killed following her rescue, is alive and in D.C. Also, Vance (Rocky Carroll) and Gibbs (Mark Harmon) fear Sloane is willing to risk everything to destroy this man. 15th season finale.

The season of Ghost Island draws to a close, and one remaining castaway will be crowned the Sole Survivor during the two-hour season finale, followed by the Live Reunion Show (10:00-11:00 PM), hosted by Jeff Probst. 36th season finale.