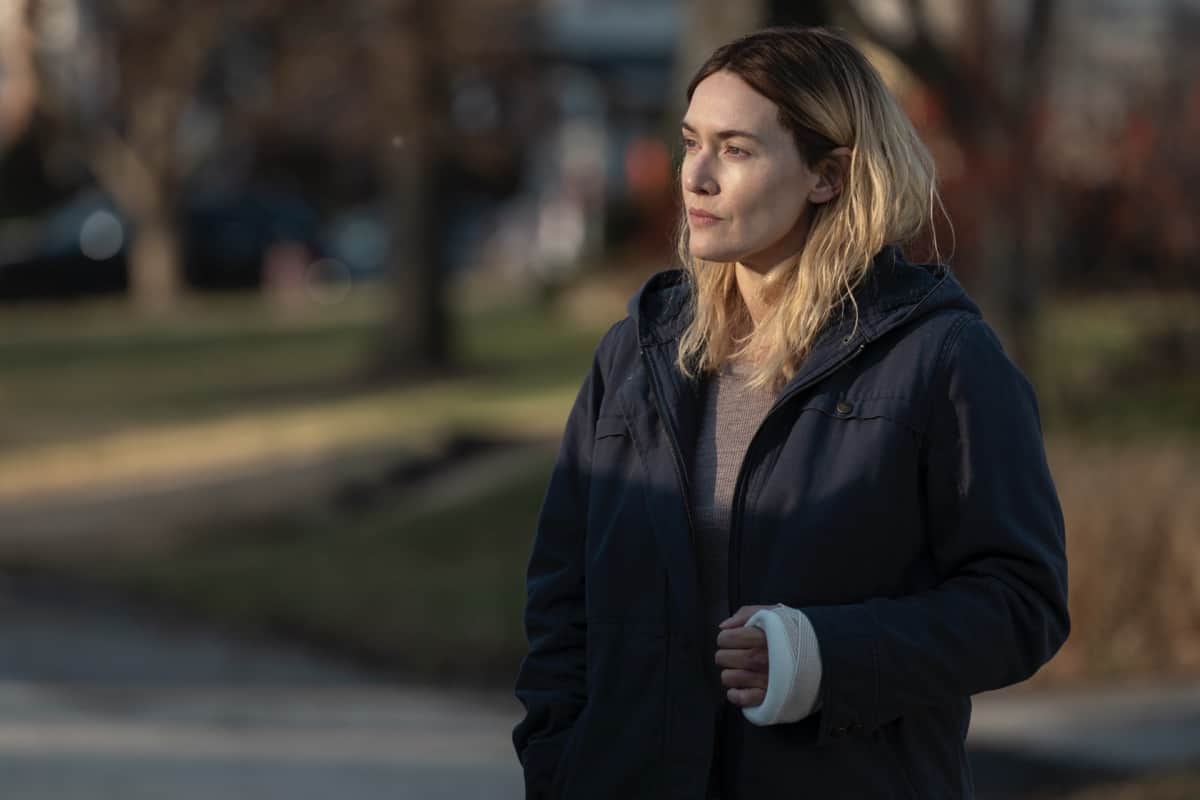 MARE OF EASTTOWN Season 1 Episode 6 Photos Sore Must Be The Storm – Debut Date: SUNDAY, MAY 23 (10:00-11:00 p.m. ET/PT) – After a heroic rescue lands her in the hospital, Mare awakes to the unshakeable pain of losing a friend. Then, given a second chance by Chief Carter, Mare reevaluates old suspects, which leads to a shocking clue. Meanwhile, Richard visits Mare in hopes of deepening their relationship, and Lori confides in her best friend about recent family troubles. s01e06 1×06 1.06 s1e6