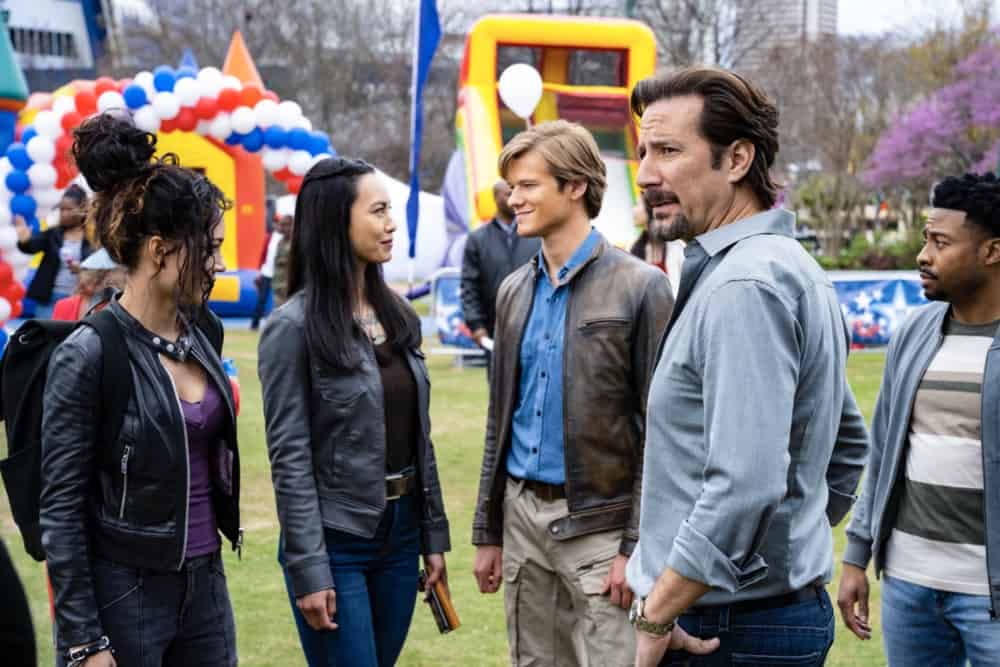 MACGYVER Season 5 Episode 15 Photos Abduction + Memory + Time + Fireworks + Dispersal – When Mac and Riley go missing and wake up 24 hours later in a corn field with no memory of how they got there, they must unravel the mystery to find who took them, and how to get rid of the nanotrackers in their bodies, no matter the cost, on the series finale of MACGYVER, Friday, April 30 (8:00-9:00 PM, ET/PT) on the CBS Television Network. s05e15 5×15 5.15 s5e15