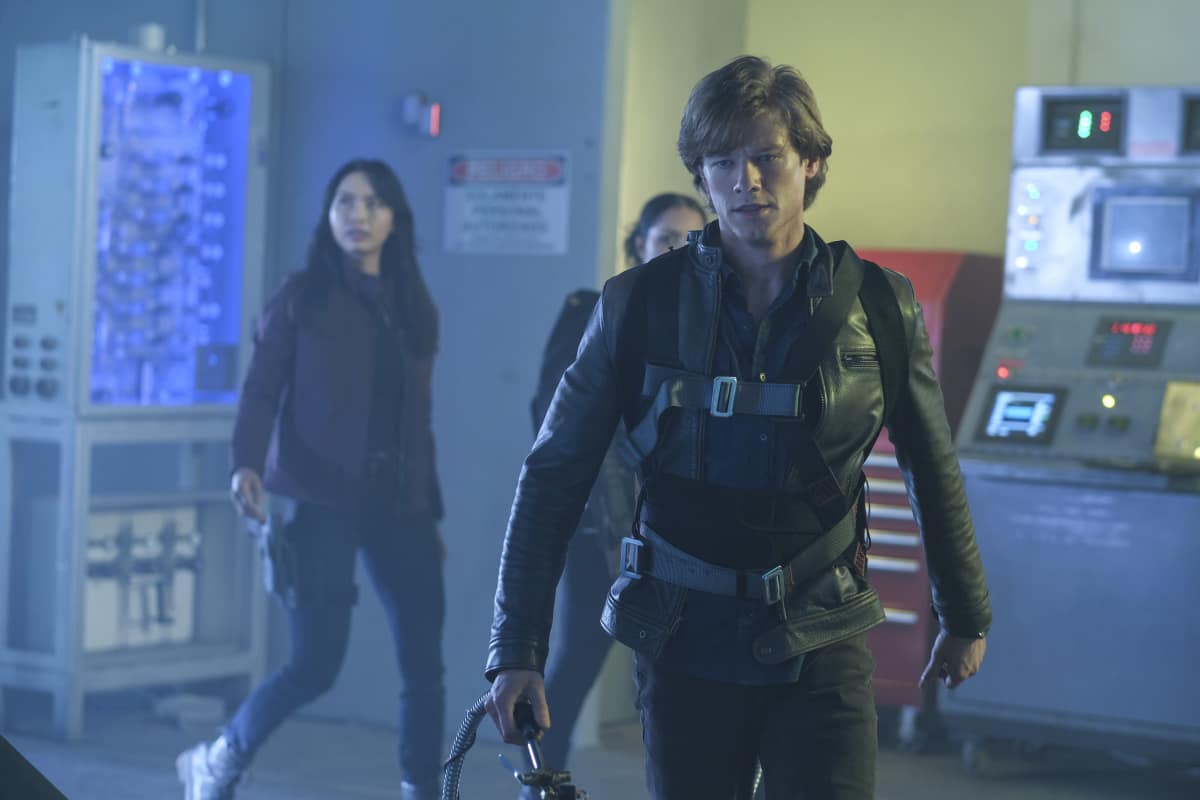 MACGYVER Season 5 Episode 10 Photos Diamond + Quake + Carbon + Comms + Tower – “Diamond + Quake + Carbon + Comms + Tower” – While on a mission to hunt down a Codex lead, Mac and the team discover Murdoc (David Dastmalchian) hacked their comms and has recorded them for months. Now, Mac and the team must stop Murdoc, who is working with Andrews (Joe Pantoliano), as they plot to kill thousands and reveal each Phoenix member’s most-guarded secrets, on MACGYVER, Friday, March 5 (8:00-9:00 PM, ET/PT) on the CBS Television Network. s05e10 5×10 5.10

Joining his team on high-risk missions around the globe are Riley Davis, an unpredictable computer hacker with a chip on her shoulder; Wilt Bozer, Mac’s roommate and an agent on the team; Matty Weber, a legend in Covert Ops and the director of operations at the Phoenix Foundation; Desi Nguyen, whose job is to protect MacGyver and his team on their global missions; and Russ Taylor, quick-witted, Oxford-educated, ex-military skilled in propaganda and lie detection, who shakes things up by challenging the way MacGyver and the team are used to doing things. Under the aegis of the Phoenix Foundation, MacGyver takes on the responsibility of saving the world, armed to the teeth with resourcefulness and little more than bubble gum and a paper clip.