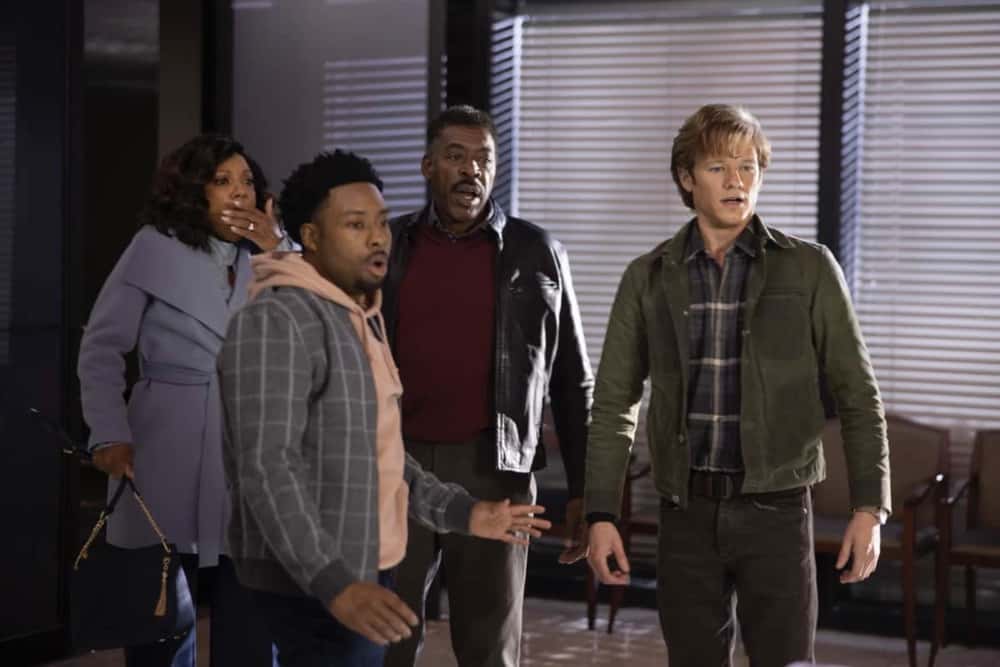 MACGYVER Season 5 Episode 14 Photos H20 + Orthophosphates + Mission City + Corrosion + Origins – Mac and Desi travel with Bozer to his childhood home when his aunt dies in a tragic accident, however, they soon discover she may have been murdered for trying to expose the city’s contaminated water supply. Also, Riley, Matty and Russ continue to follow leads on their nano-trackers investigation, on MACGYVER, Friday, April 16 (8:00-9:00 PM, ET/PT) on the CBS Television Network. Ernie Hudson and Wendy Raquel Robinson guest star as Bozer’s parents.