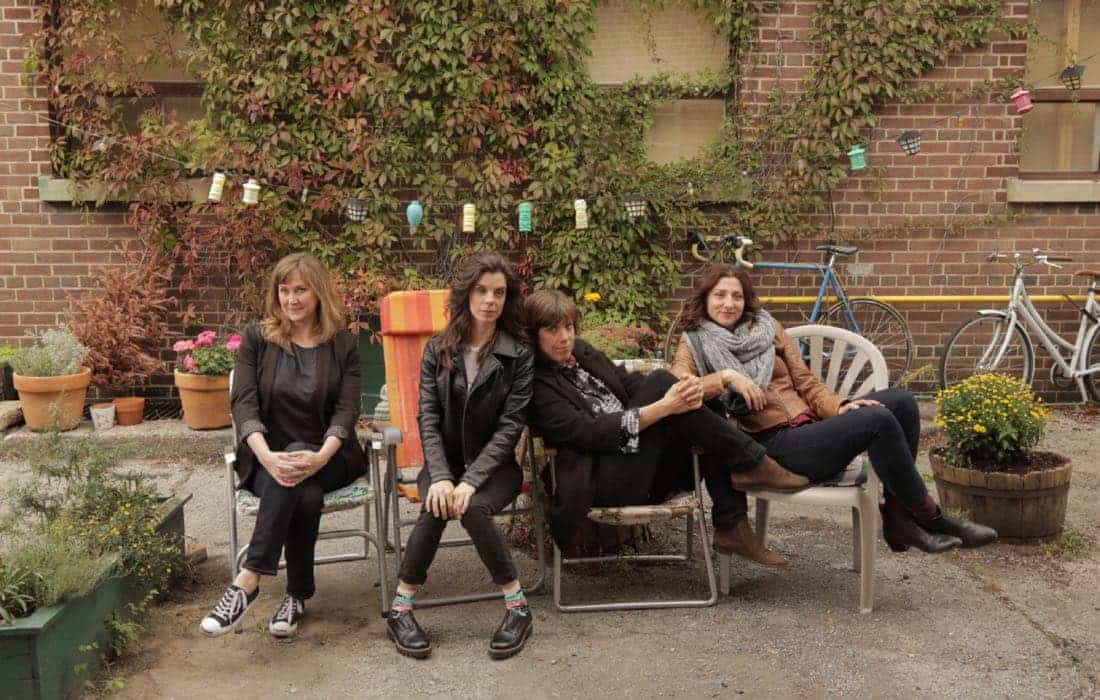 IFC today announced that it has acquired a new “slightly off” sketch comedy series, the critically-acclaimed and award-winning Baroness von Sketch Show, which celebrates the absurd, mines the embarrassing and satirizes our daily lives. The show is performed and written by Meredith MacNeill and award-winning Second City alumni Carolyn Taylor, Aurora Browne and Jennifer Whalen. IFC will air 13 episodes of seasons one and two of the half-hour comedy series beginning in late summer.

Fast-paced and irreverent, Baroness von Sketch Show and its all-female cast draws upon 15 years of comedy experience and multiple collaborations to present an insightful, emotionally grounded series that captures the banalities and humor that comes from just trying to get along in the world. Offering a witty take on everyday concerns from the pretentiousness of ordering a fancy coffee to office and sexual politics, this satirical sketch comedy satirizes daily modern life. One popular skit imagines what would happen at a women-only world leadership summit:

Baroness von Sketch Show is produced by Frantic Films and originates on the CBC in Canada. It is distributed internationally by Banijay Rights.

Andreas Lemos, VP Acquisitions & Sales (North America) at Banijay Rights said, “We are delighted that Baroness von Sketch Show is finding as prestigious a US home as IFC. It’s not often that a show has you both keeling over with laughter and questioning the status quo. We are thrilled that American audiences will now get to witness the Baronesses’ unique, provocative and hilarious brand of comedy.”

Frantic Films CEO Jamie Brown added, “IFC is the perfect home for this fresh and very funny series, and we’re very pleased to see the genius of the Baronesses heading to a new and discerning audience in the US.”