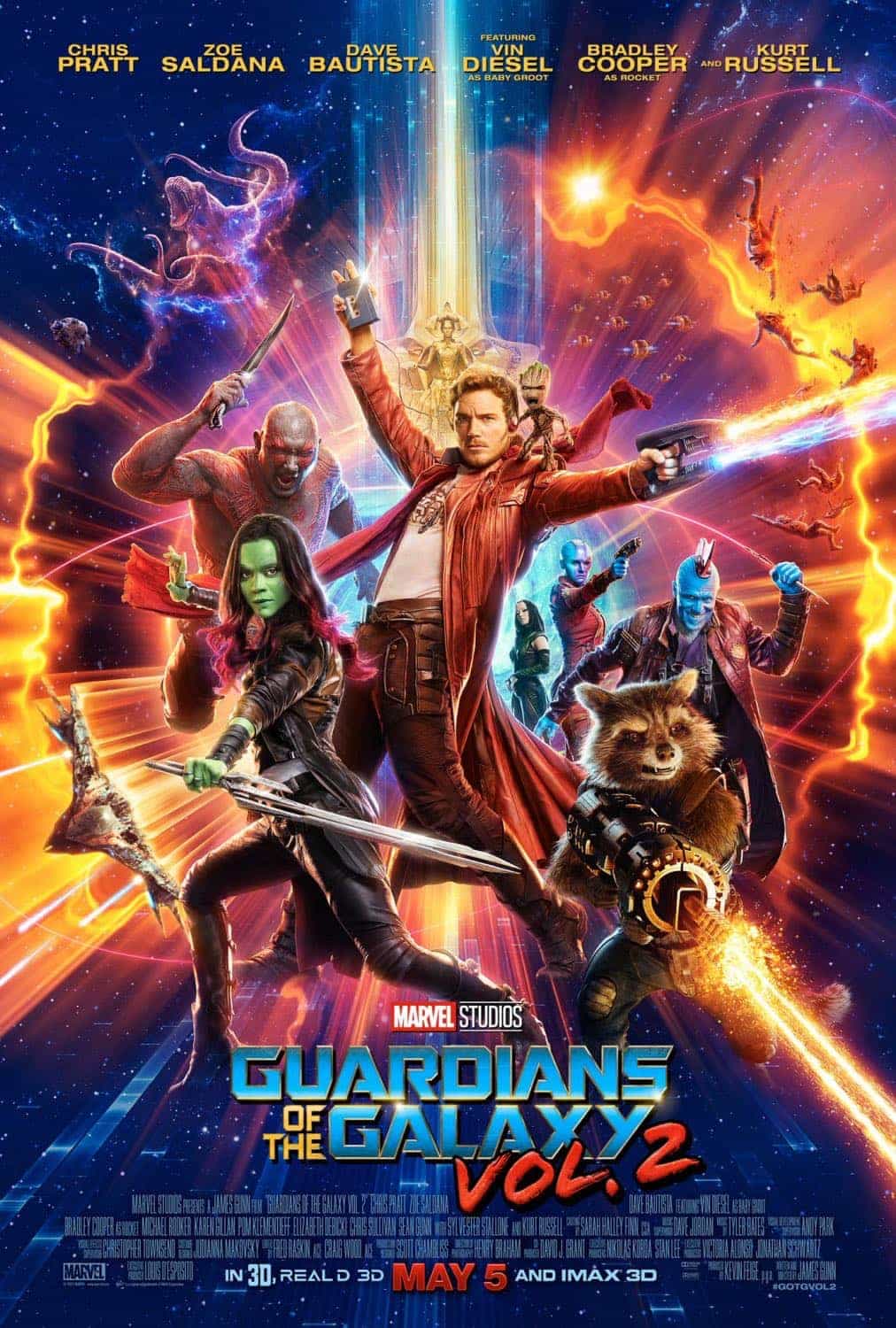 This August, Marvel Studios’ “Guardians of the Galaxy Vol. 2,” the blockbuster sequel featuring the world’s favorite band of intergalactic misfits, blasts into homes digitally in HD, 4K Ultra HD™ and Disney Movies Anywhere on Aug. 8 and physically on 4K Ultra HD,™ Blu-ray and DVD on Aug. 22.

Delivering the ultimate in-home experience is the Ultimate Cinematic Universe Edition (which includes a collectible poster while supplies last) comes packaged to include a 4K Ultra HD version of the film, a Blu-ray, a Digital Copy and more than 80-minutes of exclusive, never-before-seen bonus materials. Bonus will take fans behind the scenes with the movie’s diverse, dynamic cast of misfits and inspired team of filmmakers, debut an all-new original music video starring David Hasselhoff and special guests, hilarious outtakes, deleted scenes, audio commentary by director James Gunn, and more.

Set to the all-new sonic backdrop of Awesome Mixtape #2, the film’s storyline continues the team’s adventures as they traverse the outer reaches of the cosmos. The Guardians (Chris Pratt as Peter Quill/Star-Lord, Zoe Saldana as Gamora, Dave Bautista as Drax, Vin Diesel as the voice of Groot, and Bradley Cooper as Rocket) must fight to keep their newfound family together as they unravel the mystery of Peter Quill’s true parentage. Old foes become new allies and fan-favorite characters from the classic comics will come to our heroes’ aid as the Marvel Cinematic Universe continues to expand.

Good to Know Facts About Love and Thunder

What will happen to Thor in the movie Thor: Love and Thunder?

In the film Thor: Love And Thunder, Thor will be hunting for a new purpose. The God of Thunder in the 2019 movie blockbuster decided to depart Earth along with the Guardians of the Galaxy, and the mission was to discover who Thor is from his birthright trappings.

Is it true that Love and Thunder is the last Thor movie?

With all signs pointing to Marvel phasing out the character in the near future, after Thor: Love and Thunder, Chris Hemsworth might say goodbye to the Marvel Cinematic Universe.

Thor was designed by Walt Simonson to be villainous-looking or absolutely monstrous as possible because he wants to make it unclear at first whether Bill was a hero or a villain up until the big surprise, revealing that he was all worthy of wielding Mjolnir.

Was Ragnarok almost in Thor?

Ragnarok was included as one of the characters in the early drafts of the movie and would have been right at home. When the script was changed, Beta Ray Bill was cut and Kevin Feige later explained the reason for his absence from the movie. He was supposed to appear in a cameo.

Why is Bill genetically altered?

The Korbinites, Bill’s people, don’t share his fearsome looks. Unlike him, Korbinites are relatively human. They’re hairless and bright orange in color without a nose. Because of an experimental process where he was the only subject that survived, Bill became a champion for his people.

The Korbinite ship, Skuttlebutt, is Bill’s sidekick. The Skuttlebutt is a sentient spacecraft that was built using the technology utilized to genetically augment Bill, sharing the same origins. It created a strong bond between Bill and “Ol’ Gal,” the spacecraft. Because Ol’ Gal has an artificial intelligence (AI system) that allows it to operate independently, it usually comes to the rescue when Bill or his allies are in tight areas.

BONUS MATERIAL (may vary by retailer):

All the features listed above plus four extra exclusives:

Does not include any bonus materials. 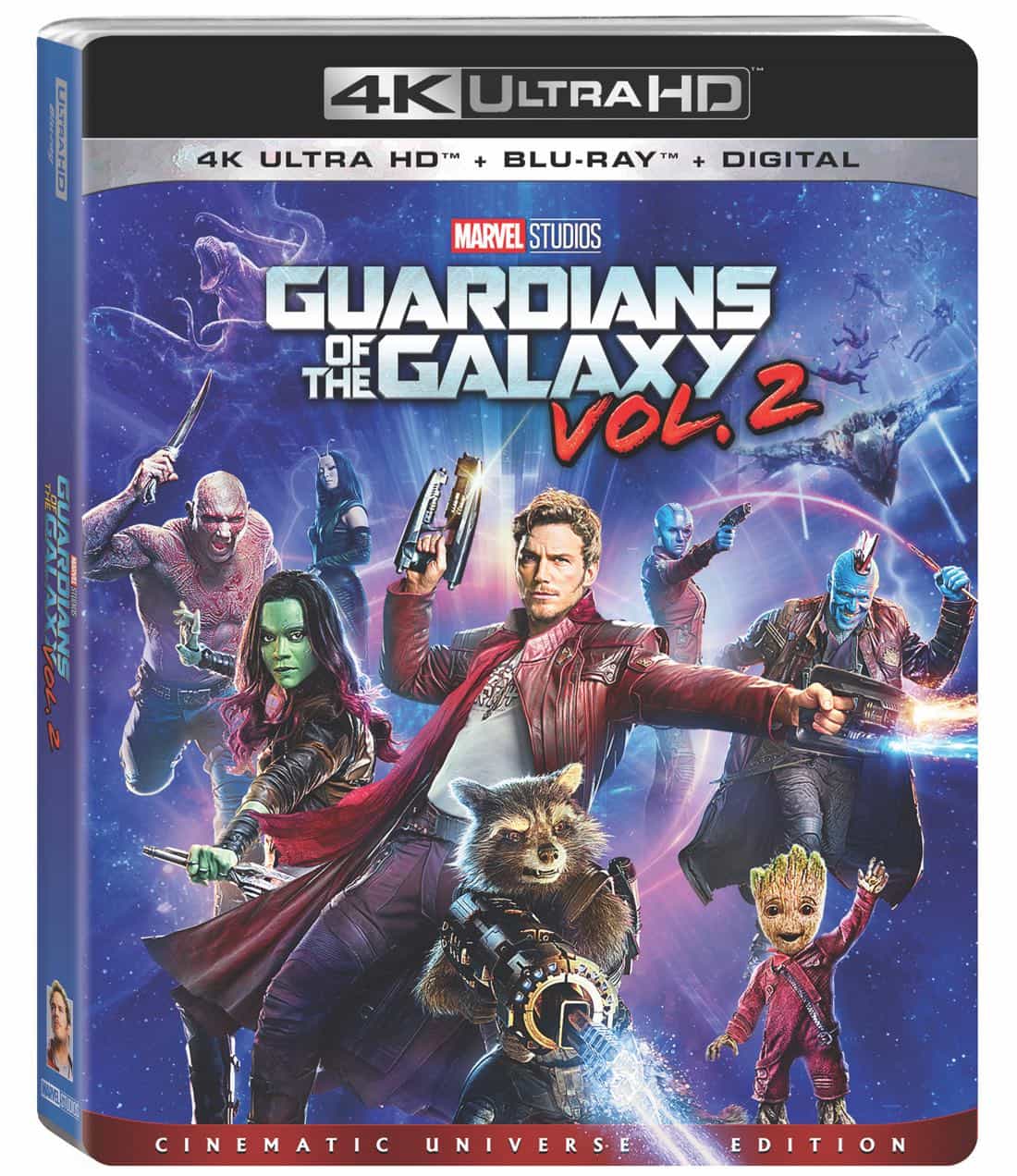