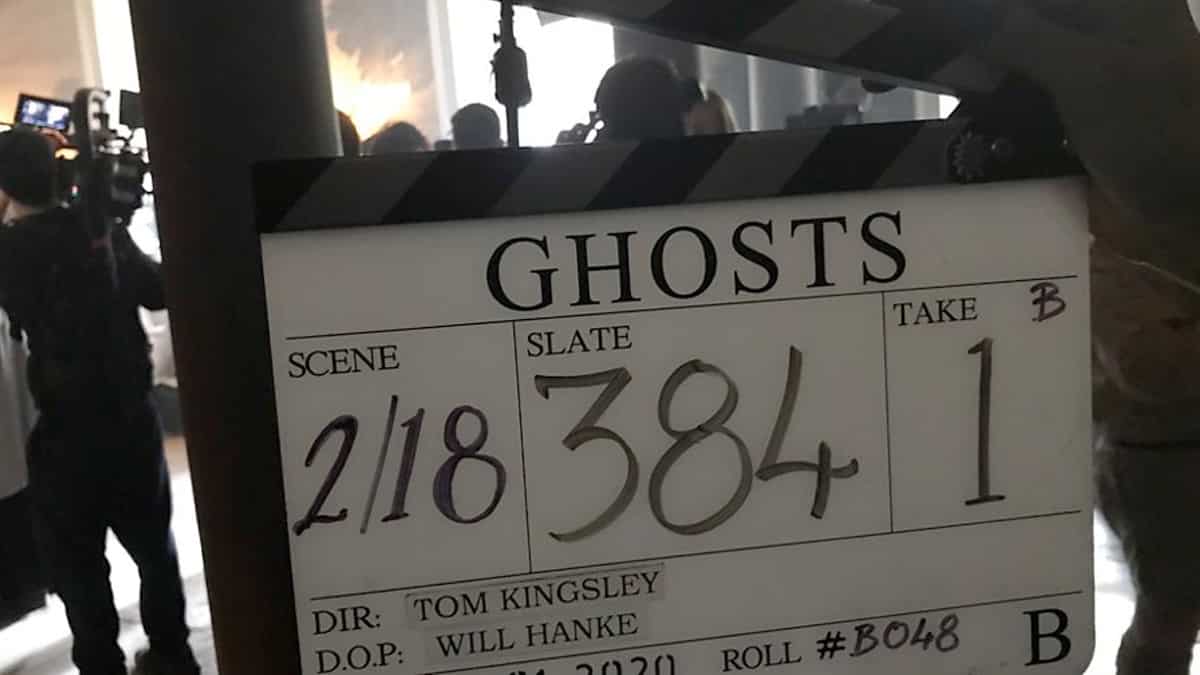 Filming has begun on the second series of BBC One comedy Ghosts.

Made by Monumental Television the hugely successful sitcom features a young couple, Alison (Charlotte Ritchie) and Mike (Kiell Smith-Bynoe), who unexpectedly inherit a grand country estate only to find it is both falling apart and overrun with ghosts…

The crumbling country pile of Button House is home to a troupe of restless spirits who have died there over the centuries, each ghost very much a product of their time, resigned to squabbling with each other for eternity over the most inane of daily gripes.

Ghosts will film over the winter. transmission details will be confirmed in due course.

The cast say: “We were thrilled with how warmly series one was received and can’t wait to creak open the doors of Button House again and share another clutch of ghost stories.”

The series is commissioned by Shane Allen, Controller of Comedy Commissioning and Charlotte Moore, Director of BBC Content. The Commissioning Editor for the BBC is Head of Comedy Kate Daughton.

Ghosts is a Monumental Television production in association with Them There for BBC One. The producer is Matthew Mulot, the director is Tom Kingsley, and the creators serve as Executive Producers alongside Monumental’s Alison Carpenter, Debra Hayward and Alison Owen.