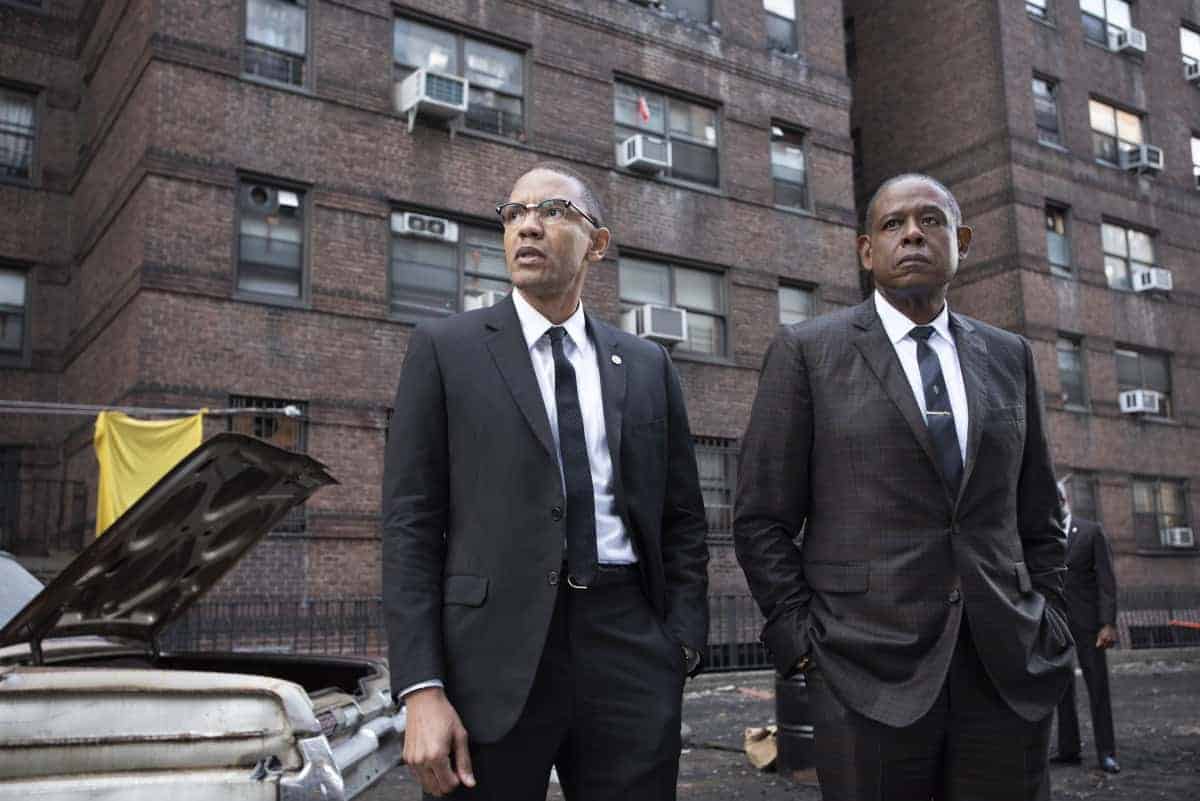 Godfather of Harlem tells a story inspired by infamous crime boss Bumpy Johnson (Whitaker), who in the early 1960s returned from eleven years in prison to find the neighborhood he once ruled in shambles.  With the streets controlled by the Italian mob, Bumpy must take on the Genovese crime family to regain control. During the brutal battle, he forms an alliance with radical preacher Malcolm X – catching Malcolm’s political rise in the crosshairs of social upheaval and a mob war that threatens to tear the city apart. Godfather of Harlem is a collision of the criminal underworld and the civil rights movement during one of the most tumultuous times in American history.

“Godfather of Harlem season one was a remarkable success, tripling previous viewership numbers for the network and earning acclaim from both critics and viewers alike,” said Michael Wright, President, EPIX.  “We couldn’t wait to reunite with Chris, Paul, Forest and the team at ABC Signature to continue telling this compelling and extremely relevant story.”

Disney Television Studios, a collection of labels comprised of 20th Century Fox Television, ABC Studios and Fox 21 Television Studios, produces the most award-winning, culture-defining programming for all platforms including “This Is Us,” “Grey’s Anatomy,” “Homeland,” “Modern Family,” “black-ish,” “Pose,” “American Horror Story,” “American Crime Story” and “Godfather of Harlem.” Disney Television Studios currently produces 76 series across 16 broadcast, cable, digital and international platforms. Its programming now reaches more than a billion people every day across the world; in as many as 180 countries, across six continents, in 30 different languages.

EPIX®, an MGM company, is a premium television network delivering a broad line-up of quality original series and documentaries, the latest movie releases and classic film franchises – all available on TV, on demand, online and across devices. EPIX® has tripled the amount of original programming on the network and has become a destination for original premium content with series including Godfather of Harlem, starring and executive produced by Forest Whitaker; Pennyworth, the origin story of Batman’s butler Alfred; Perpetual Grace, LTD, starring Sir Ben Kingsley; spy thriller Deep State; War of the Worlds, from Howard Overman and starring Gabriel Byrne and Elizabeth McGovern; and docu-series NFL: The Grind, from NFL Films and hosted by Rich Eisen; as well as upcoming premieres of new series Belgravia, from Julian Fellowes, Gareth Neame and the creative team from Downton Abbey; drama Chapelwaite, based on the short story Jerusalem’s Lot by Stephen King and starring Academy Award winner Adrien Brody; docu-series Slow Burn based on the hit podcast and the two-part music docuseries Laurel Canyon. Launched in October 2009, EPIX® is available nationwide through cable, telco, satellite and emerging digital distribution platforms as well as through its EPIX NOW app, providing more movies than any other network with thousands of titles available for streaming.