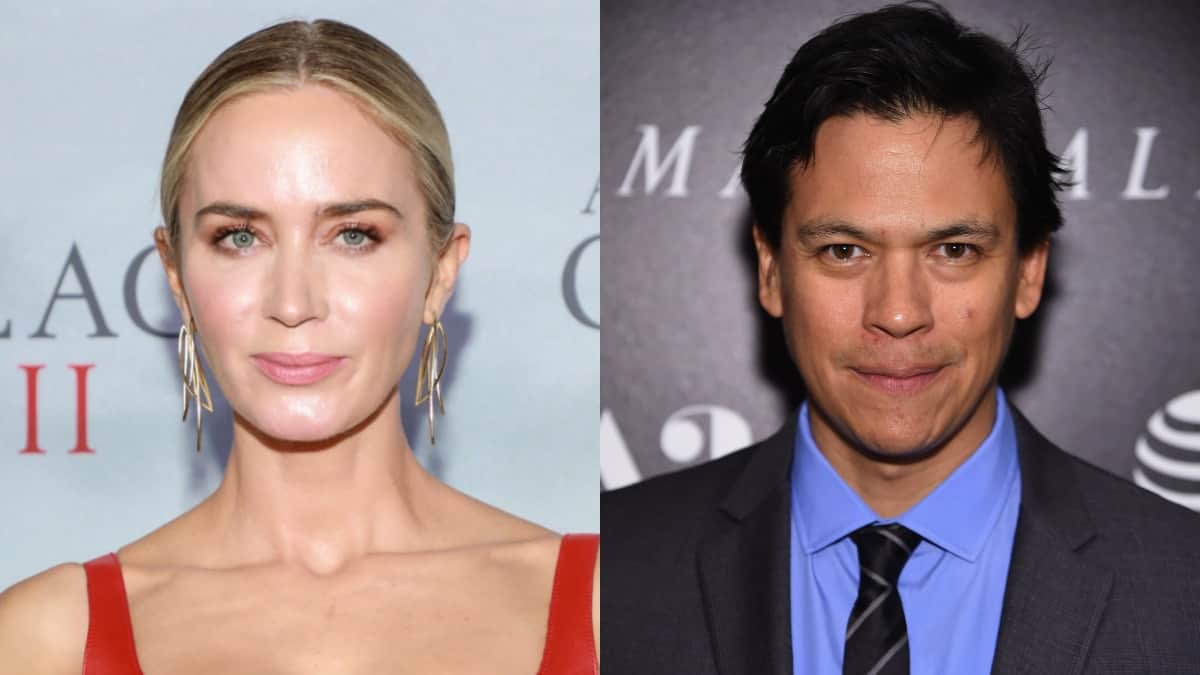 Produced by the multi-award-winning production company Drama Republic (Doctor Foster, Us, Black Earth Rising), filming has now commenced on The English, a 6×60” high-octane epic western led by Emily Blunt (Mary Poppins Returns, A Quiet Place) and Chaske Spencer (The Twilight Saga, Banshee) for BBC One and BBC iPlayer in the UK, and Amazon Prime Video in the US, Canada, Australia and New Zealand, in association with All3Media international.

Written and directed by multi-award-winning Hugo Blick (The Honourable Woman, Black Earth Rising, The Shadow Line) and set in the mythic mid-American landscape in the year of 1890, The English follows Cornelia Locke (Emily Blunt), an Englishwoman who arrives into the new and wild landscape of the West to wreak revenge on the man she sees as responsible for the death of her son.  Upon meeting Eli Whipp (Chaske Spencer), an ex-cavalry scout and member of the Pawnee Nation by birth, they join together and discover a shared history which must be defeated at all costs, if either of them are to survive.

Hugo Blick said: “The chance to make a Western with Emily Blunt and the cast is so delicious I’m still wondering if it’s one of those weird dreams we were all having during lockdown. If not, a thrilling, romantic, epic horse-opera is heading to your screen sometime next year, and I couldn’t be more excited.”

Greg Brenman, CEO of Drama Republic, said: “Hugo Blick has created a compelling, modern love story set against the epic landscape of a Western. The English is a true adventure that will tell us as much about the times we live in today as the period in which it is set.”

Piers Wenger, Director of BBC Drama, said: “I’m delighted that Hugo’s beautiful scripts are finally coming to life in The English.  With a cast led by the exceptional Emily Blunt and Chaske Spencer, I have no doubt that this thrilling and compelling story will be a treat for BBC audiences when it hits our screens”.

Brad Beale, Vice President, Worldwide Licensing for Prime Video, said: “We can’t wait to break new ground and bring The English to Prime Video. We know Hugo Blick’s incredible tale of love, loss, and revenge – brought to life on-screen by the talented Emily Blunt, Chaske Spencer, and the entire cast of The English – will captivate Prime members across the globe.”

Louise Pederson, CEO All3Media international, said: “We are incredibly excited to be working with the team at Drama Republic to bring Hugo Blick’s wonderfully epic drama to audiences around the world.”

Greg Brenman will executive produce for Drama Republic alongside Hugo Blick and Emily Blunt. Mona Qureshi will executive produce for the BBC. The producer is Colin Wratten (Killing Eve, The Witness for the Prosecution). The English has been commissioned for the BBC by Charlotte Moore, Chief Content Officer, and Piers Wenger, Controller of BBC Drama Commissioning. Amazon Studios is coproducing in the US, Canada, Australia and New Zealand, in association with All3Media international. IllumiNative are consulting with production on the series.

The English is currently filming in Spain and further details will follow in due course.

About Prime Video
Prime Video offers customers a vast collection of movies, series, and sports — all available to watch on hundreds of compatible devices.