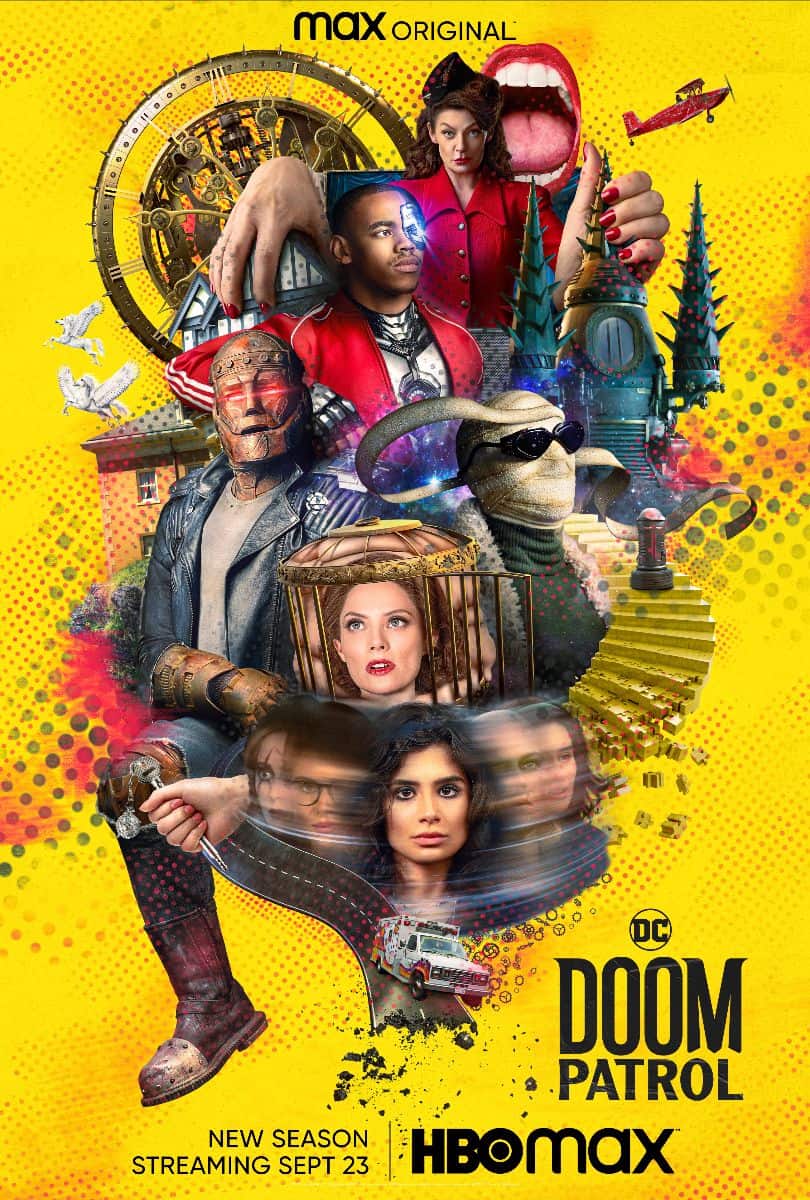 HBO Max has released the trailer and key art for season three of the Max Original DOOM PATROL. The first three episodes of season three will debut THURSDAY, SEPTEMBER 23, with subsequent episodes launching weekly every Thursday through November 11 on HBO Max.

DOOM PATROL reimagines one of DC’s most beloved groups of superheroes: “Robotman” aka Cliff Steele (Brendan Fraser), “Negative Man” aka Larry Trainor (Matt Bomer), “Elasti-Woman” aka Rita Farr (April Bowlby) and “Crazy Jane” (Diane Guerrero), all led by modern-day mad scientist Niles Caulder aka “The Chief” (Timothy Dalton). Each member of the Doom Patrol suffered a horrible accident that gave them superhuman abilities, but also left them scarred and disfigured. Part support group, part Super Hero team, the Doom Patrol is a band of superpowered freaks who fight for a world that wants nothing to do with them.

Season three opens on the culmination of Dorothy’s (Abi Monterey) confrontation with the Candlemaker that leads to a devastating loss. The Doom Patrol is at a difficult crossroads and each member struggles to face who they are and who they want to be. And things get a whole lot more complicated when Madame Rouge (Michelle Gomez) arrives in a time machine with a very specific mission, if only she could remember it.

HBO Max™ is WarnerMedia’s direct-to-consumer streaming platform, offering best in class quality entertainment. HBO Max features the greatest array of storytelling for all audiences from the iconic brands of HBO, Warner Bros., DC, Cartoon Network, Adult Swim, Turner Classic Movies and much more. The platform launched in the United States in May 2020 and introduced a lower priced, advertising-supported tier in June 2021. HBO Max recently began its global rollout launching in 39 markets across Latin America and the Caribbean, and HBO Max will enter Europe later this year and into next as it begins replacing the HBO-branded streaming services.