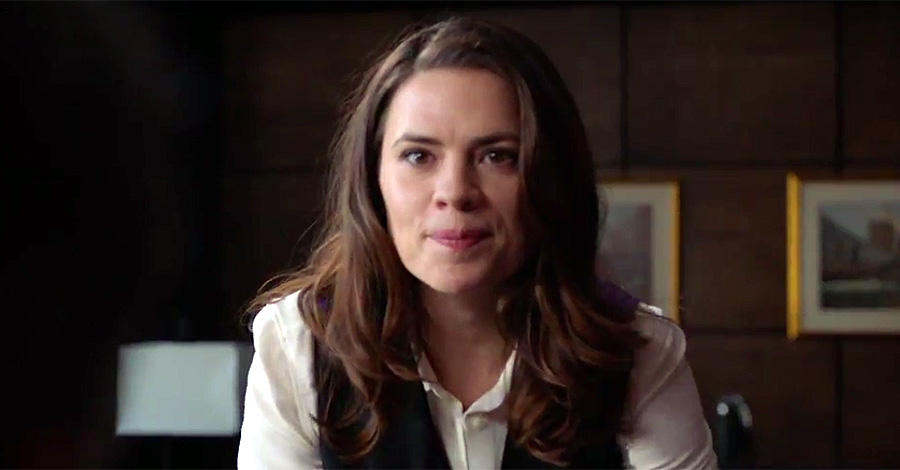 ABC has a new series coming out called CONVICTION (the third show this millennium to go by the name, by the way). In case that vague title doesn’t tell you anything, although it’s perfectly in keeping with the trend of not-really-descriptive single-word dramas on the alphabet network, this one involves a team in New York City called the Conviction Integrity Unit. Basically, they investigate people who are in jail and claim to be innocent, which would be a daunting task for anyone, given that most prisoners claim they didn’t do the crime. Can they right the world and find justice?

In short, I don’t think so. CONVICTION has one of the weakest pilots I’ve seen this year. Besides being more of a cop show than lawyer show (the difference is the focus is more on gathering evidence than battling it out in a court room, and in my opinion, lawyer shows are almost always better), it’s also a very weak cop show.

The initial installment finds the team gathering evidence on an eight-year-old case. Yet, the experiments they do and the questions they ask are at such a basic level one wonders why they couldn’t just look at the notes from the original file to get their answers. The case is ridiculously fresh and well-remembered for everyone involved, including the detective who screwed it up in the first place. And when our heroes close in on the truth, there is a very clumsy attempt to cover it up.

Look, I know and expect that the CIU people are going to find innocence more often than not; that’s the type of show this is. But they should at least have to work for it. Given the format, how little time they have to pick new cases in the huge stacks of paperwork they receive, and their five-day timeline on all investigations, the premise is hokey, completely unrealistic, and it’s handled in a very elementary way. The last pilot I remember being structured this badly was CSI: Cyber, which thankfully was put out of its misery relatively quickly.

Adding insult to injury is that there are some really great actors in the show. Shawn Ashmore from The X-Men films and The Following plays Sam, the man who should be running the crew but who has been forced to take a back seat. Emily Kinney, a veteran of the excellent series The Walking Dead, is the fresh-faced newbie, Tess, who doesn’t shy away from pig corpses. Manny Montana, who was great in Graceland, is a former prisoner fighting for those locked up because he knows how bad jail can be. Eddie Cahill (CSI: NY) is great as the slimy politician, Conner Wallace, who puts together the team and flirts with the lead. And Merrin Dungey (Alias) is in it, too.

Leading the group is Hayley Atwell, fresh off her brilliant run as Agent Carter, stuck in the confusing role of Hayes Morrison/ She is blackmailed by Wallace into taking this job she doesn’t want, but then seems to enjoy with little shown to change her mind. Is she a party girl who wants to keep living a wild life? Or is she a brilliant legal mind who really gets into helping people? I can’t tell, and I don’t think the show can, either. There’s also a convoluted backstory between Hayes and her no-longer-together parents, one of whom used to be the President of the United States. Yeah.

The one good thing I can say about CONVICTION is that the exterior shots in the streets of New York are cool. They may get One World Trade Center in the background a little too often, but at least we can feel the city in the presentation. Well, for those shots anyway. Most of the series is filmed in Toronto, but I give them credit for getting in those key city views.

Anyway, CONVICTION premieres Monday, October 3rd at 10/9c, and if quality counts, it’ll be off the air before Christmas.