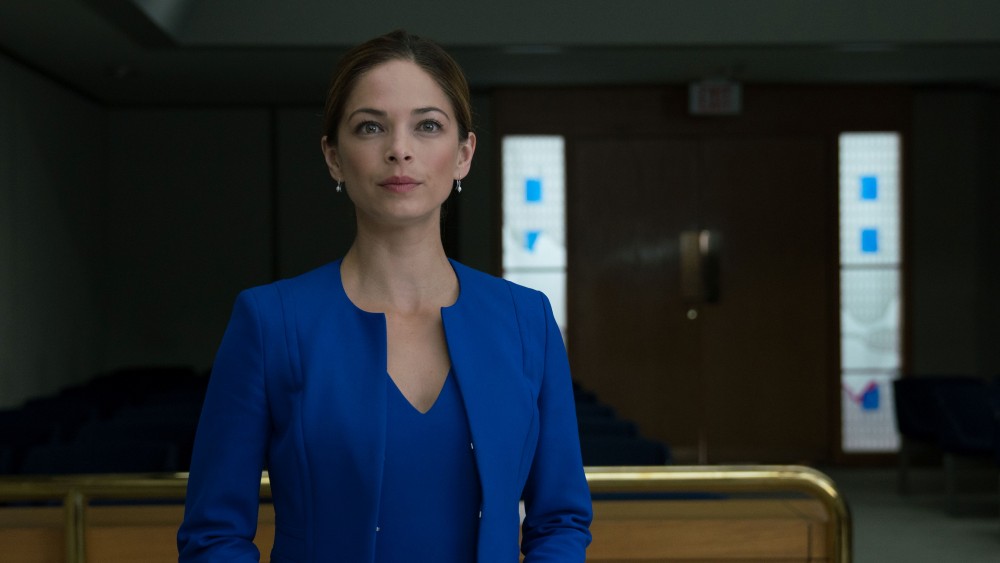 “Both Burden of Truth and Diggstown look at the legal world through a distinct lens by highlighting systemic corruption, injustice and discrimination in the legal system, including anti-Indigenous and anti-Black racism,” said Sally Catto, General Manager of Entertainment, Factual & Sports, CBC. “These two series offer a unique take on the traditional crime procedural, and continue to engage audiences across the country each season with strong performances and original storylines.”

Set in Manitoba and starring Kristin Kreuk, BURDEN OF TRUTH follows Joanna Chang, a ruthless, big-city lawyer who returns to her small hometown in Millwood for a case that will change her life forever. Each season centres around a new life-altering legal case – the vulnerable plaintiffs searching for answers and the boots-on-the-ground lawyers fighting incredible odds to deliver justice.

Starring Vinessa Antoine, DIGGSTOWN follows legal aid lawyer Marcie Diggs, who continues her exploration of a system fraying at the edges as she and her band of tireless colleagues fight to protect society’s most vulnerable from a capricious justice system. In Season 3, Marcie and her cohorts are pushed to the brink, frustrated by an under-resourced and overtaxed legal aid system.

BURDEN OF TRUTH is also broadcast on The CW Network in the U.S., and DIGGSTOWN was recently acquired by BET+ in the U.S.

CBC/Radio-Canada is Canada’s national public broadcaster. Through our mandate to inform, enlighten and entertain, we play a central role in strengthening Canadian culture. As Canada’s trusted news source, we offer a uniquely Canadian perspective on news, current affairs and world affairs. Our distinctively homegrown entertainment programming draws audiences from across the country. Deeply rooted in communities, CBC/Radio-Canada offers diverse content in English, French and eight Indigenous languages. We also deliver content in Spanish, Arabic and Chinese, as well as both official languages, through Radio Canada International (RCI). We are leading the transformation to meet the needs of Canadians in a digital world.