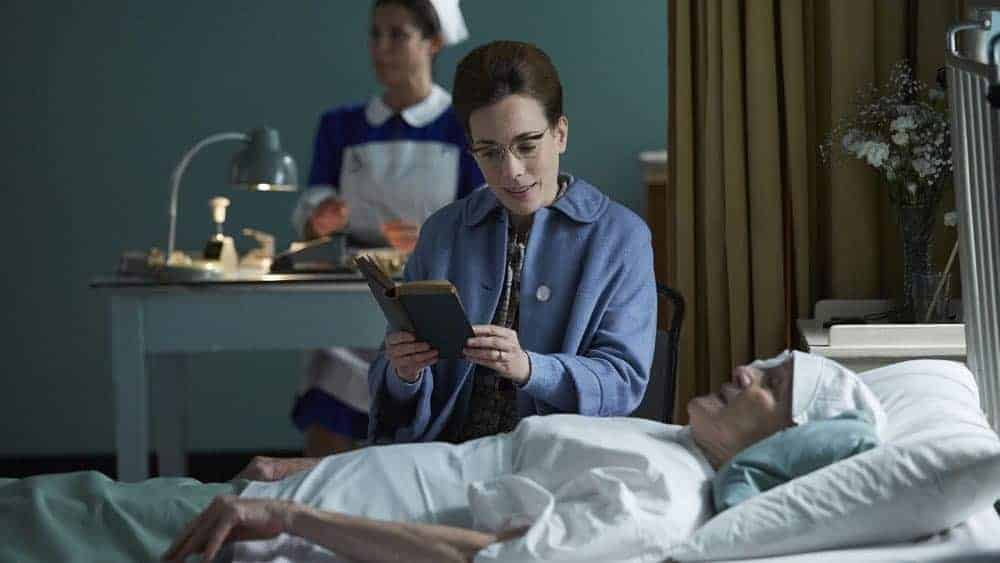 Made by Neal Street Productions for BBC One, the award-winning drama series, Call The Midwife, has begun filming for a Christmas special in 2018 and new series of eight episodes in 2019.

Acclaimed actress Miriam Margolyes (Harry Potter And The Chamber Of Secrets, Harry Potter And The Deathly Hallows, Miriam’s Big American Adventure) stars in the Christmas special and episode one as Sister Mildred, a forthright and indefatigable sister from the Order. She arrives unexpectedly at Nonnatus House, her hands full with four Chinese orphans. Having fled China, the child refugees were found abandoned in Hong Kong and are being adopted in the UK as part of the World Refugee Project. With Christmas preparations in full flow and the midwives busy caring for the expectant mothers of Poplar, these unexpected visitors cause joy and chaos in equal measure.

The Christmas special also sees Trixie return to Poplar just in time to cover for the Sisters as they leave for the Mother House. The Order’s Mother Superior has been taken ill and a new spiritual leader needs to be elected. It soon becomes clear, much to Sister Julienne’s horror, that she is the favoured candidate to take over.

At the start of series eight, it’s spring time in 1964 and everyone is excited for the Queen’s Royal birth. Violet is holding a Teddy Bears’ Picnic and raising funds through a competition on whether the Queen will have a boy or a girl. With the additions of the two new Sisters, who have been sent to live and work with the team in Poplar, Nonnatus House feels full once more. The midwives are introduced to their new midwifery bags, much to the distress of an already under the weather Sister Monica Joan who disturbingly absconds from Nonnatus House. Meanwhile, Nurse Crane is braced for a twin delivery but is confident the team can handle this smoothly.

Made by Neal Street Productions for BBC One, Call the Midwife has been one of Britain’s most popular drama series since it launched in 2012 and it continues to be one of the most watched dramas in the UK, with all seven series to date gaining over 10 million viewers. It was the highest-rated show on Christmas Day (2017) with 9.5 million, overtaking last year’s by nearly 3 million.

Dame Pippa Harris, Executive Producer, says: “We are all thrilled to be filming once again with our beloved team of midwives and nuns from Nonnatus House. This year we have the additional treat of Miriam Margolyes as a guest star and cannot wait for audiences to see her as the formidable Sister Mildred. We hope that viewers will also warmly embrace our two new Sisters, played by Fenella and Ella, and the fabulous Georgie Glen who plays Doctor Turner’s indomitable new receptionist, Miss Higgins. It’s an honour to have such skilful, and charismatic actors joining the cast and bringing Heidi Thomas’s wonderful scripts to life.”

Heidi Thomas, Creator, Writer and Executive Producer says: “It is an immense privilege to be starting work on series eight of Call The Midwife, and we can’t wait to share the events of 1964 with our loyal and passionate audience. People often ask me how we can keep coming back year after year, but the answer is simple – we never run out of stories, and we never run out of love.”

Call the Midwife is created and written by Heidi Thomas, Executive Producers are Pippa Harris, Heidi Thomas and Ann Tricklebank. Executive Producer for the BBC is Mona Qureshi with Ann Tricklebank as Producer. The Christmas special and episode one will be directed by Syd Macartney (Last Tango In Halifax, The Syndicate, A Love Divided). Call the Midwife is a Neal Street Production for BBC/PBS.