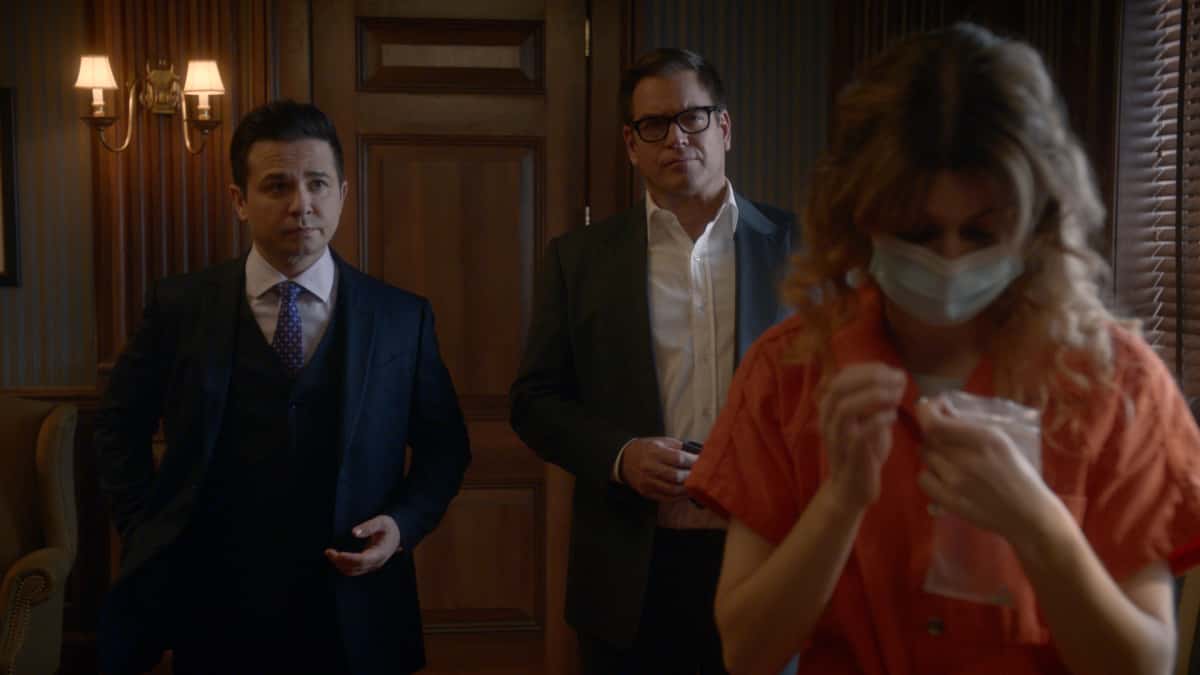 BULL Season 5 Episode 13 Photos The Law Of The Jungle – Bull is hired to help a woman determined to go against legal advice when she insists on pleading guilty to the murder of a wealthy philanthropist who preyed on her a teenager, on the 100th episode of BULL, Monday, April 26 (10:00-11:00 PM, ET/PT) on the CBS Television Network. 100th episode directed by Emmy Award winner Joe Morton. s05e13 5×13 5.13 s5e13