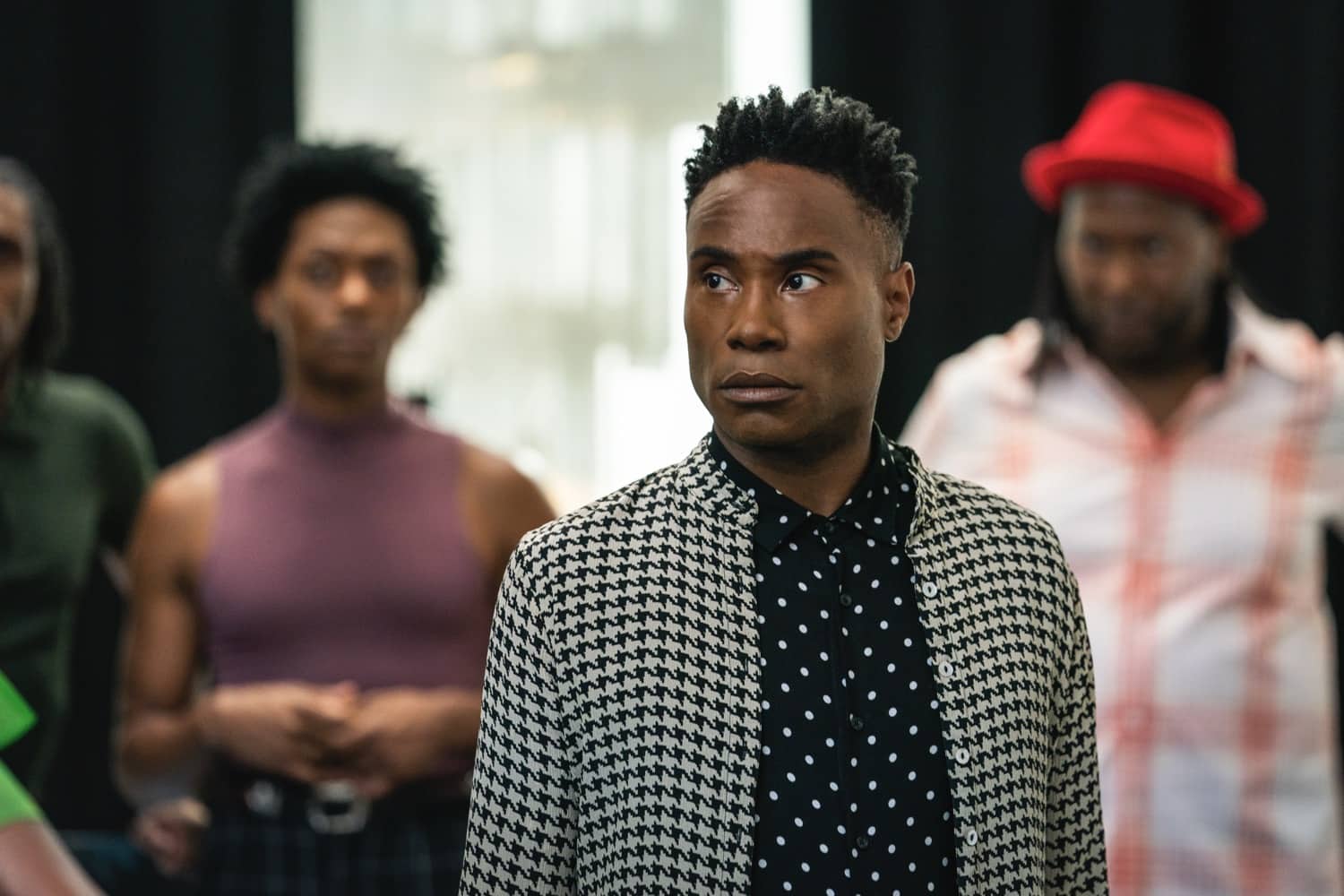 The Peabody and AFI-winning and Emmy and Golden Globe Award-nominated drama will begin its final season on Sunday, May 2 at 10 p.m. ET/PT on FX with the first two of its seven-episode run. The series finale will air June 6.

Pose is a drama spotlighting the legends icons and ferocious house mothers of New York’s underground ball culture, a movement that first gained notice in the late 1980s. In this final season, it’s now 1994 and ballroom feels like a distant memory for Blanca who struggles to balance being a mother with being a present partner to her new love, and her latest role as a nurse’s aide. Meanwhile, as AIDS becomes the leading cause of death for Americans ages 25 to 44, Pray Tell contends with unexpected health burdens. Elsewhere, the emergence of a vicious new upstart house forces the House of Evangelista members to contend with their legacy.

“Words cannot truly express my gratitude and appreciation for those who have given FX and the world the gift that is Pose,” said John Landgraf, Chairman, FX. “Ryan Murphy, Steven Canals, our incomparable cast and their collaborators created a masterpiece and, in doing so, have left an indelible legacy that will open doors, new doors, for the trans community. Pose is proof that Ryan’s, Dana’s and our commitment to giving more opportunities to underrepresented writers, directors, producers, actors and craftspeople was not done to signal our virtue — but because our world is literally filled with untapped geniuses looking for nothing more than a chance to prove their extraordinary talent, beauty and value in the marketplace of stories. Pose has always been a family drama — one about acceptance and inclusion, pain and joy, struggle and perseverance and, most of all, love. The third and final season is a fitting and beautiful ending to this story.”

Added Dana Walden, Chairman of Entertainment, Walt Disney Television, “Pose represents a great source of pride for all of us inside Disney Television Studios. We are incredibly grateful to Ryan, Steven, Brad, Janet, Nina and Brad for delivering an artistically superb, socially relevant, wildly entertaining and groundbreaking series. This show demonstrates the power of our industry to shine a light on the underrepresented and point to our common humanity—and to do it with glitter, gusto and sheer fabulousness! A special thanks to Ryan for introducing us to voices like Steven Canals and Janet Mock, and then for clearing the way for them to do their best work. Thanks also go to John Landgraf and the talented team at FX, who have been the best possible partners. And while we are sad to bid the show farewell at the end of this season, audiences are in for a beautiful and emotional final ride.”

Steven Canals, executive producer, writer, director and co-creator, said: “’Write the TV show you want to watch!’ That’s what I was told in 2014 while completing my MFA in screenwriting. At the time we weren’t seeing very many Black and Latinx characters — that happened to also be LGBTQ+ — populating screens. And so I wrote the first draft of a pilot the ‘younger me’ deserved. Pose was conceived as a love letter to the underground NY ballroom community, to my beloved New York, to my queer & trans family, to myself.

I, along with my incredible collaborators, never intended on changing the TV landscape. I simply wanted to tell an honest story about family, resilience, and love. How fortunate am I to have done that for three seasons. I’m filled with gratitude to our intrepid writers, cast, crew, and producers who worked tirelessly to make Pose come to life, humbled by our loyal audience, thankful to the ballroom community who trusted us to tell their story, overwhelmed by the critics who warmly embraced us, and forever indebted to Ryan Murphy, FX, and 20th Television for changing my life.”

Janet Mock, writer, director and executive producer, said: “My life has been forever changed because of Pose, a drama series that centered around trans and queer people, people living with HIV/AIDS, and Black and Latinx people – without trepidation or apology. It’s left an indelible mark on our culture, modeling that a TV show can be successful and entertaining while also casting authentically, hiring LGBTQ talent in front of and behind the camera, and moving people living on the margins to centerstage.

Though I am heartbroken to say goodbye to our beloved characters, I know the work my fellow writers and producers, our crew, and trailblazing cast did on Pose will live forever as a glittering, heart-filled, bright beacon of love, acceptance, family and community. I am grateful to FX for being our home, 20th Television for the support, to Ryan Murphy for your bold vision, to our audience for your love and loyalty, and to the ballroom community for trusting us.”

Ryan Murphy, writer, director, co-creator, executive producer, said: “Pose has been one of the creative highlights of my entire career. From the very beginning when Steven Canals and I sat down to hear his vision and ideas for the show, it has been a passion project. To go from the beginning of my career in the late 90s when it was nearly impossible to get an LGBTQ character on television to Pose — which will go down in history for having the largest LGBTQ cast of all time — is a truly full circle moment for me.

This show made history behind and in front of the camera, and its legacy runs deep. I’m so proud of my fellow creators Steven Canals and Brad Falchuk, and also to exec producer/writer/director Janet Mock who made such an indelible mark with her personal and heartfelt work. Thanks also to Our Lady J for her incredible work as a producer, writer and actress on the show. John Landgraf and Dana Walden supported Pose from the very beginning. We got to tell the exact story we wanted, as we wanted to tell it, and I’m incredibly honored and grateful. Pose’s story may end in 1996, but its impact will go on forever.”

Brad Falchuk, writer, director, co-creator, executive producer, said: “I am more proud of this show than anything else I have created – or ever will create. I’m so grateful to have been a part of it.”

Pose made television history in its first season by featuring the largest-ever cast of transgender actors in series regular roles, including Michaela Jaé, Dominique Jackson, Indya Moore and Hailie Sahar, who star alongside Emmy and Tony Award® winner and Golden Globe nominee Billy Porter, Dyllón Burnside, Angel Bismark Curiel, Sandra Bernhard and Jason A. Rodriguez. The series also features the largest recurring cast of LGBTQ actors ever for a scripted series, and boasts a full roster of LGBTQ and POC behind-the-scenes as producers, writers, directors and crew.

FX is comprised of the networks FX, FXX and FXM, the video on-demand app FXNOW, and the streaming hub FX on HULU that features exclusive FX series, next day access to current FX and FXX series, and FX Networks’ library of legacy series. FX on Hulu exclusive series include Devs, Mrs. America, A Teacher and the upcoming The Old Man, Y: The Last Man and American Horror Stories. FX, the flagship general entertainment basic cable channel, launched in June of 1994 and is carried in 86 million homes. The diverse schedule features a growing roster of critically-acclaimed and award-winning hit drama series including Pose, Snowfall, Mayans M.C., and Taboo; the critically-acclaimed limited series American Horror Story, Fargo, American Crime Story, FEUD, Black Narcissus and the upcoming Shōgun, Great Expectations and Pistol; acclaimed hit comedy series including Atlanta, Better Things, What We Do in the Shadows, Breeders and the upcoming Reservation Dogs; the half-hour series Mr Inbetween and the Untitled B.J. Novak Project; a slate of docuseries and documentary features, including The New York Times Presents, The Most Dangerous Animal of All, AKA Jane Roe, A Wilderness of Error, Hip Hop Uncovered and Hysterical; and the FX Original Movie A Christmas Carol. FX is the former home of the critically-acclaimed and award-winning hit drama series The Shield, Nip/Tuck, Rescue Me, Damages, Sons of Anarchy, Justified and The Americans. The network’s library of acquired box-office hit movies is unmatched by any ad-supported television network. FXX, the newest network, launched in September 2013 and is carried in 82 million homes. Geared towards a young adult audience, the schedule features original series, movies, and acquired series. The channel is anchored by the acclaimed hit comedies It’s Always Sunny in Philadelphia, the Emmy® Award-winning comedy series Archer, DAVE and Cake, a weekly showcase of short-form comedy programming. FXX is also the cable home to The Simpsons, the longest-running comedy in TV history. FXM was launched in October of 1994 and is now carried in 57 million homes. Its schedule features classic films during the day (FXM Retro), contemporary box office hits and acclaimed, award-winning films, and short-form award-winning original programming in the evening.