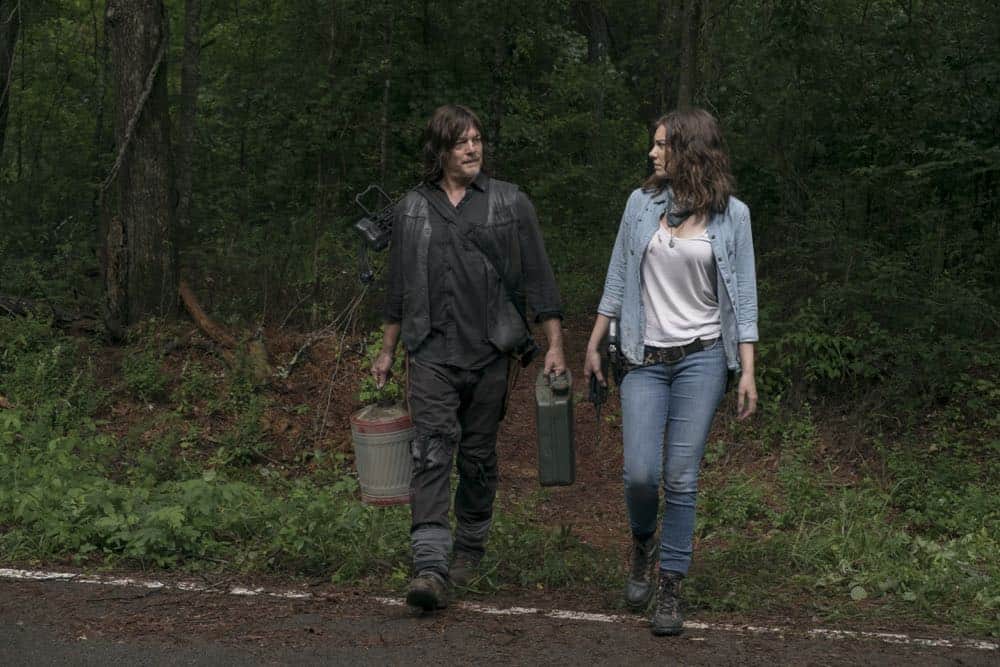 In The Walking Dead’s season 10 finale, “A Certain Doom,” Beta engages the final battle of the Whisperer War.

Season six of Fear the Walking Dead explores what has become of the unlikely family once united by a mission to help those in need. After being torn apart by Virginia (Colby Minifie) and her Pioneers, the group is now dispersed across her far-reaching settlements. Morgan’s (James) last message at the end of season five implored the group to “Live” and this season we’ll see what that means to each of them. Some will find the stability and opportunity within Virginia’s communities to be intriguing, some will sink into darkness, while others will fight back against what has been forced upon them. Life behind Virginia’s walls will test each and every one of them in different ways, forcing them to define who they are in this new world.

THE WALKING DEAD: WORLD BEYOND

The Walking Dead: World Beyond delves into a new mythology and story that follows the first generation raised in a surviving civilization of the post-apocalyptic world. Two sisters along with two friends leave a place of safety and comfort to brave dangers, known and unknown, living and undead on an important quest. Pursued by those who wish to protect them and those who wish to harm them, a tale of growing up and transformation unfurls across dangerous terrain, challenging everything they know about the world, themselves and each other. Some will become heroes. Some will become villains. But all of them will find the truths they seek.

NOS4A2 returns to Comic-Con for its second season, which kicked off on Sunday, June 21 and airs through August 23. Moderated by Entertainment Weekly’s Clark Collis, the panel will feature Showrunner and Executive Producer Jami O’Brien, Executive Producer Joe Hill and cast member Zachary Quinto.

NOS4A2’s second season picks up eight years after the events of season one. Vic McQueen (Cummings) remains more determined than ever to destroy Charlie Manx (Quinto). Charlie, having faced his own mortality, emerges desperate for revenge against Vic. This time, he sets his sights on the person who means most to Vic – her eight-year-old son Wayne. The race for Wayne’s soul sends Vic and Charlie on a high-speed collision course, forcing both to confront the mistakes of their pasts in order to secure a hold on Wayne’s future.

AMC is home to some of the most popular and acclaimed programs on television. AMC was the first basic cable network to ever win the Emmy(R) Award for Outstanding Drama Series with Mad Men in 2008, which then went on to win the coveted award four years in a row, before Breaking Bad won it in 2013 and 2014. The network’s series The Walking Dead is the highest-rated series in cable history. AMC’s current original drama series are Better Call Saul, Dispatches from Elsewhere, Fear the Walking Dead, NOS4A2, Quiz, Soulmates, The Terror, The Walking Dead, The Walking Dead: World Beyond and the recently greenlit 61st Street, Kevin Can F Himself, Pantheon and National Anthem. AMC also explores authentic worlds and discussion with original shows like Talking Dead, AMC Visionaries and Ride with Norman Reedus. AMC is owned and operated by AMC Networks Inc. and its sister networks include IFC, SundanceTV, BBC America and WE tv. AMC is available across all platforms, including on-air, online, on demand and mobile.