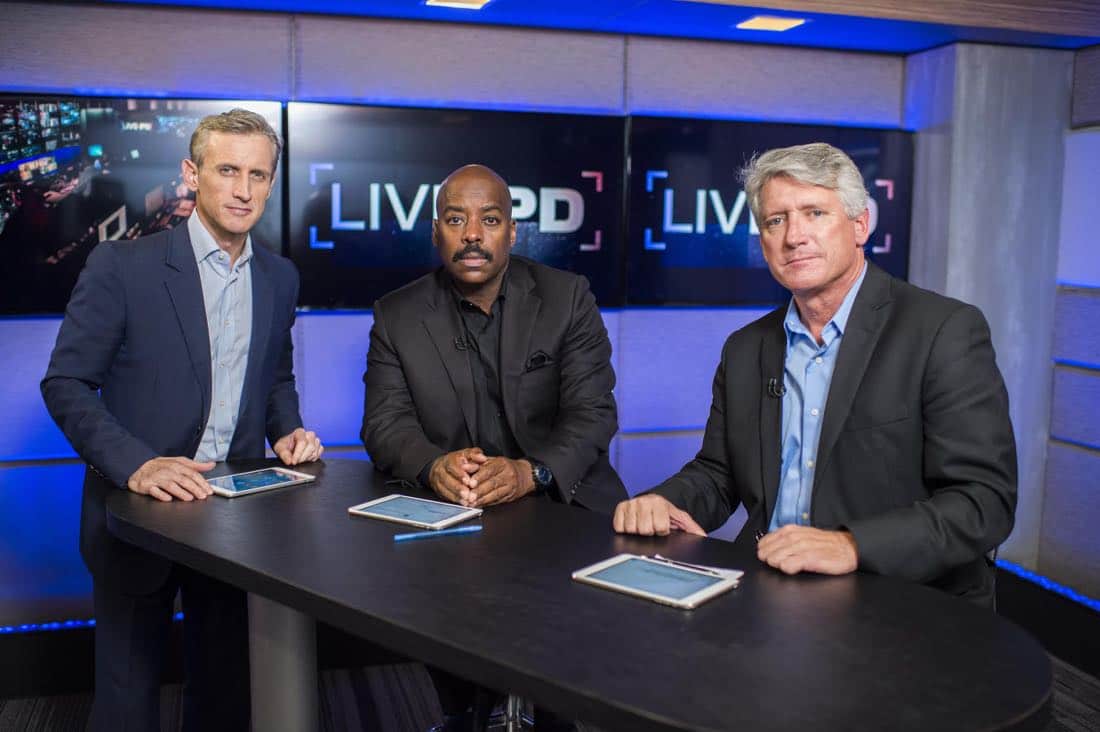 A&E Network has ordered 100 additional three-hour live episodes of the hit original documentary series, “Live PD,” produced by Big Fish Entertainment, extending the series run into 2018 and total episodes to 142. New episodes will air every Friday and Saturday night at 9pm ET/PT throughout the summer.

“Live PD” is the top unscripted crime series on cable and ranks #1 among original cable programs on Friday and Saturday night with adults 25-54. Since its debut in October 2016, “Live PD” premieres are averaging 1.4 million total viewers in Live+7 viewing. The series hit a viewership high on Friday, June 23, with 1.6 million total viewers. Viewership has increased 92% since launch, and the series has more than doubled the A&E year-ago time period.*

A&E experienced its fourth consecutive month of growth in June among total viewers, driven by the success of the original series “Live PD,” “Leah Remini: Scientology and the Aftermath,” “60 Days In” and “Bates Motel.” For the month of June, A&E ranked as the #7 network on ad-supported cable amongst adults 25-54; #8 for adults 18-49 and #10 with total viewers. Additionally, A&E has improved across all key adult demos for the second quarter of 2017.**

“‘Live PD’ is emblematic of the type of groundbreaking nonfiction content A&E is committed to delivering to our viewers, and the outstanding success of the series has been a key contributor to the growth of the network at a time when the industry at large continues to experience viewership erosion,” said Elaine Frontain Bryant, Executive Vice President & Head of Programming, A&E. “We are very pleased to continue our partnership with the team at Big Fish, our host Dan Abrams, our analyst Tom Morris Jr., our studio and field crew across the country, as well as the communities and law enforcement agencies who have opened their doors to our viewers for an unfettered glimpse of the policing of America.”

Said Big Fish Entertainment President and founder Dan Cesareo, “The success of ‘Live PD’ is a testament to the incredible collaboration, dedication and boldness everyone involved has brought to the table. We’re grateful to A&E for giving us the opportunity to continue to bring unprecedented access in policing to viewers in this way, and to the entire production team who go above and beyond to make each episode the ultimate ride-along.”

Hosted by Dan Abrams with analysis from Tom Morris Jr., “Live PD” showcases the policing of America, following diverse police departments from across the country in real time as they patrol their communities. Using dash cams along with fixed rig and handheld cameras, the series captures the work of a varied mix of urban and rural police forces on a typical Friday and Saturday night. Abrams and Morris guide viewers through the night giving insight to what audiences are seeing in real time, bouncing between the featured police departments and offering an inside look at each live episode. “Live PD” also features law enforcement officers from the series who appear in-studio as guest analysts to provide additional commentary.

Abrams brings over 20 years of reporting and anchoring to the table and currently serves as the Chief Legal Analyst for ABC News. Morris is a former correspondent for the long-running series, “America’s Most Wanted.” He previously worked in law enforcement as a Special Police Officer in Washington, DC, and in the federal sector as Diplomatic Security for the US State Department and a declassification analyst for the Navy Department.

Todd Weinstein and Tara Senior of Del Shaw and Lori York of CAA brokered the deal on behalf of Big Fish.