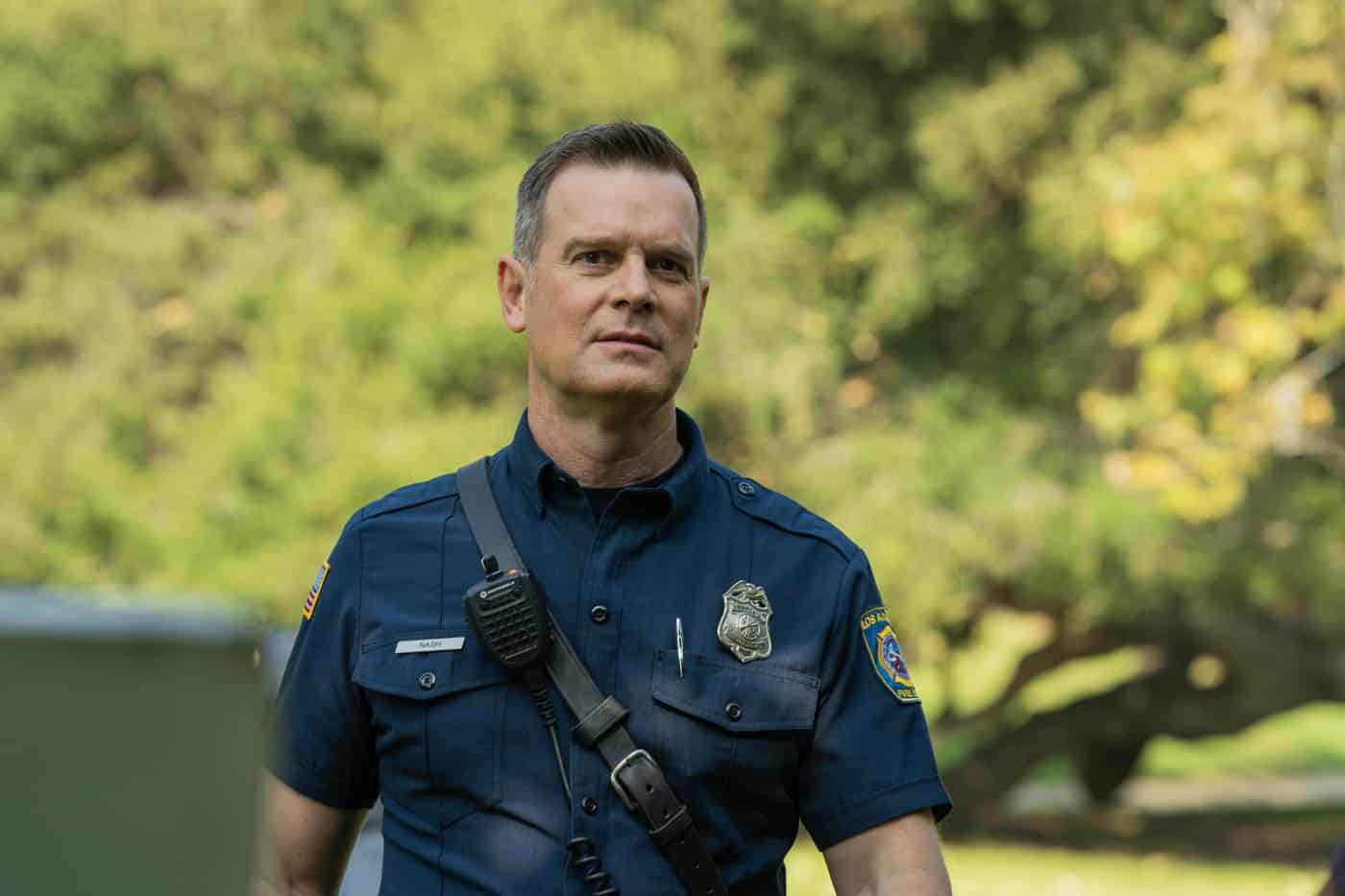 911 Season 5 Episode 5 Photos Peer Pressure – The members of the 118 face an awkward rescue call when they arrive on the scene of a man who has over-exerted himself exercising. The team also must save the life of a groundskeeper whose chainsaw cut into him and race to an explosion at a retirement community. Meanwhile, Athena has an extreme reaction to Harry’s new behavior. Then, Hen and Eddie, as well as Buck and Ravi, have rocky starts to their new partnerships, and May receives an emergency call from a suicidal teen, while continuing her uneasy work relationship with Claudette in the all-new “Peer Pressure” episode of 9-1-1 airing Monday, Oct. 18 (8:00-9:01 PM ET/PT) on FOX. (NIN-505) (TV-14 D, L, S, V) s05e05 5×05 5.05 s5e5