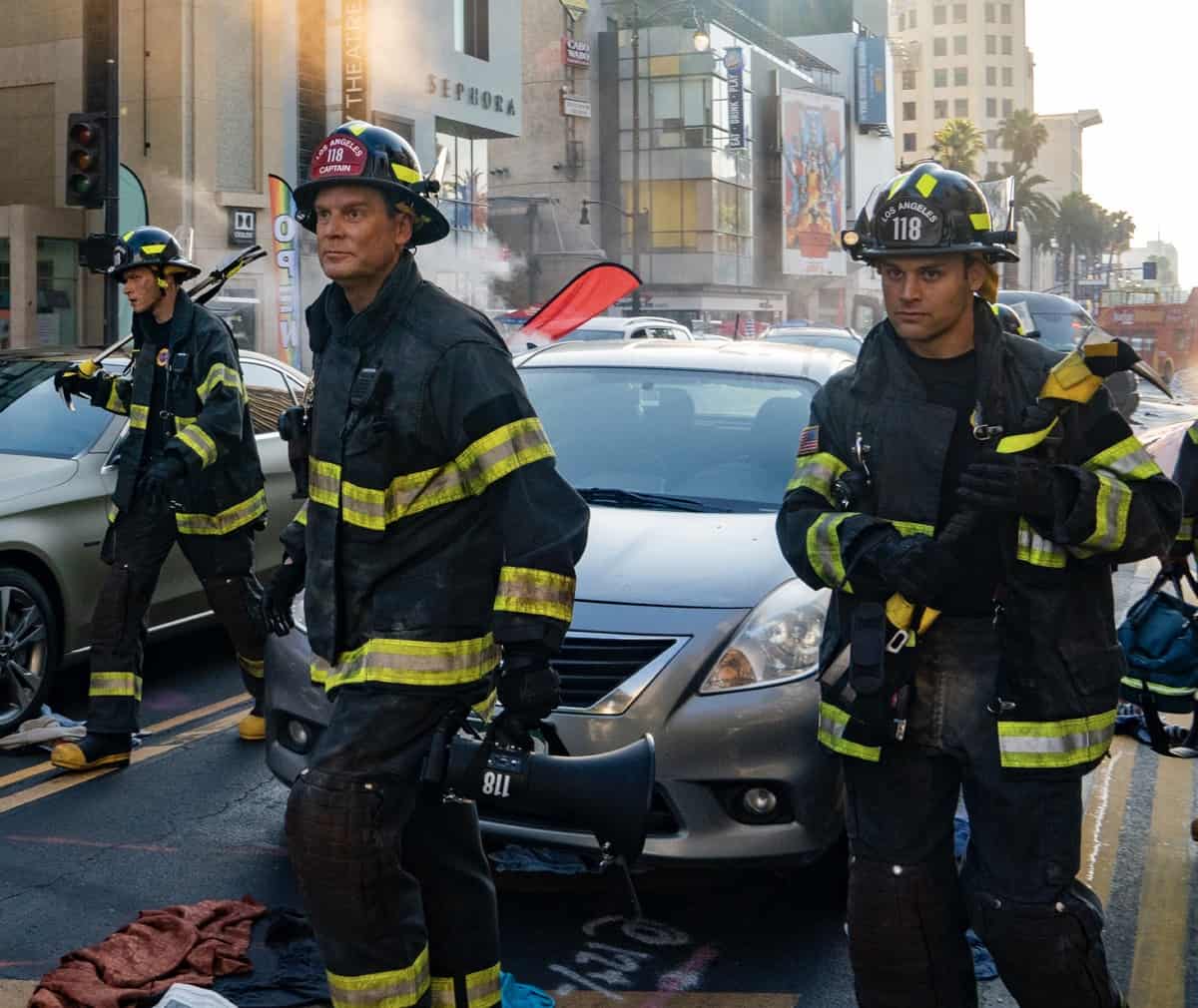 911 Season 5 Episode 1 Photos Panic – A series of ransomware threats leads to an overabundance of emergencies for the 118, including a medevac helicopter crash at a hospital and an air-traffic control tower system failure. Meanwhile Athena must revisit her traumatic attack when the case of the realtor serial rapist goes to trial, Eddie suffers a health scare and Maddie’s postpartum depression worsens in the all-new “Panic” Season Five premiere episode of 9-1-1 airing Monday, Sept. 20 (8:00-9:00 PM ET/PT) on FOX. (NIN-501) (TV-14 D, L, S, V) s05e01 5×01 5.01 s5e1