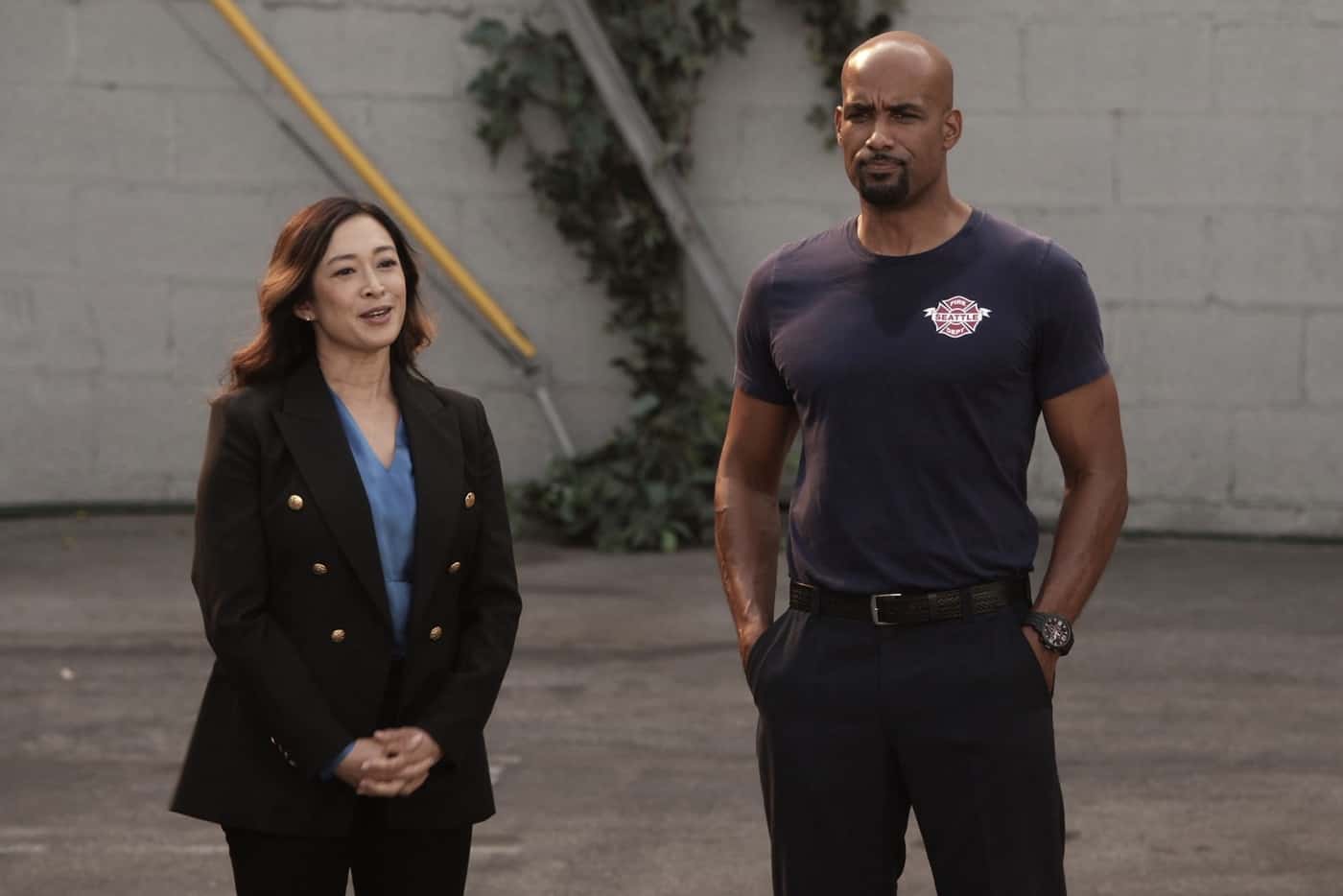 STATION 19 Season 5 Episode 3 Photos Too Darn Hot – When a heat wave hits Seattle, Station 19 becomes a cooling center and chaos ensues with locals who aren’t used to the extreme temperatures. Andy deals with regret and finds a friend in Theo. Joey comes face-to-face with his past during a ride-along with Ben and Jack on a new episode of “Station 19,” THURSDAY, OCT. 14 (8:00-9:00 p.m. EDT), on ABC. Watch episodes on demand and on Hulu the day following their premieres. s05e03 5×03 5.03 s5e3