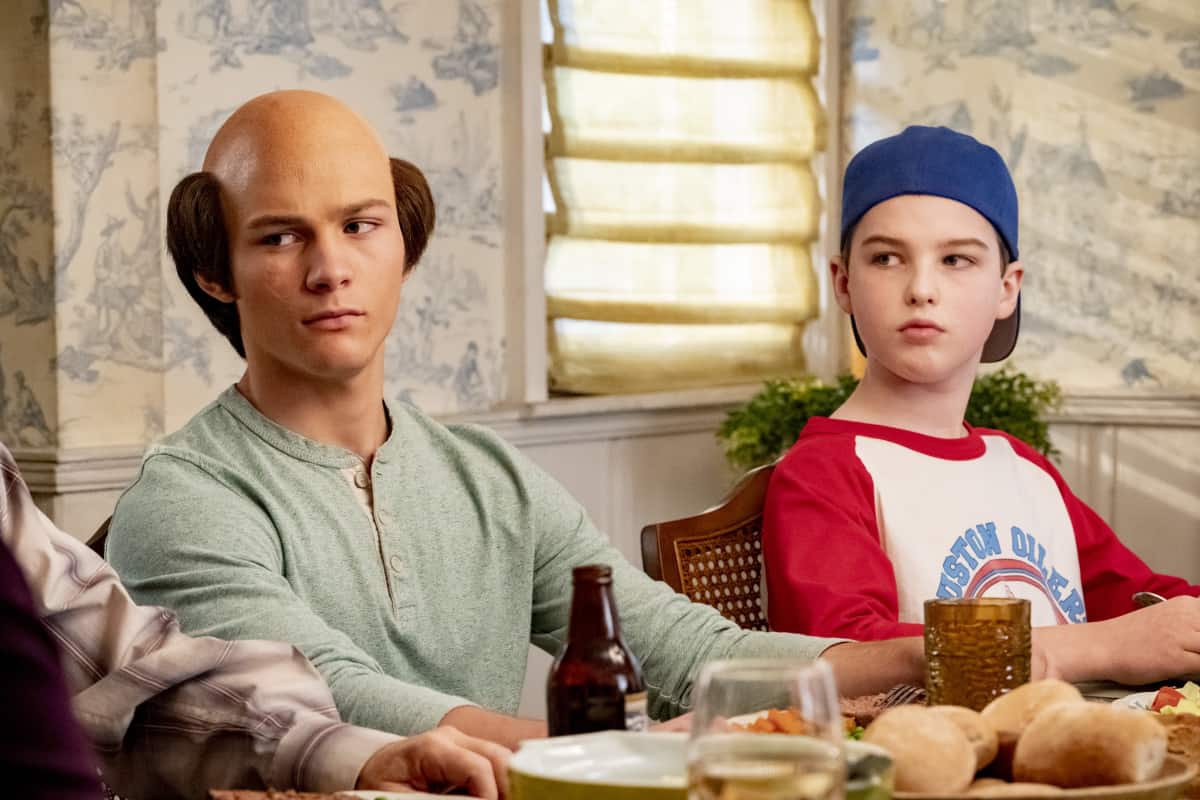 YOUNG SHELDON Season 4 Episode 17 Photos A Black Hole – The Coopers discuss the possibilities of black holes and alternate universes when Dr. Sturgis comes over for dinner, on YOUNG SHELDON, Thursday, May 6 (8:00-8:31 PM, ET/PT) on the CBS Television Network. s04e17 4×17 4.17 s4e17

YOUNG SHELDON Season 4 Episode 15 Photos A Virus, Heartbreak And A World of Possibilities