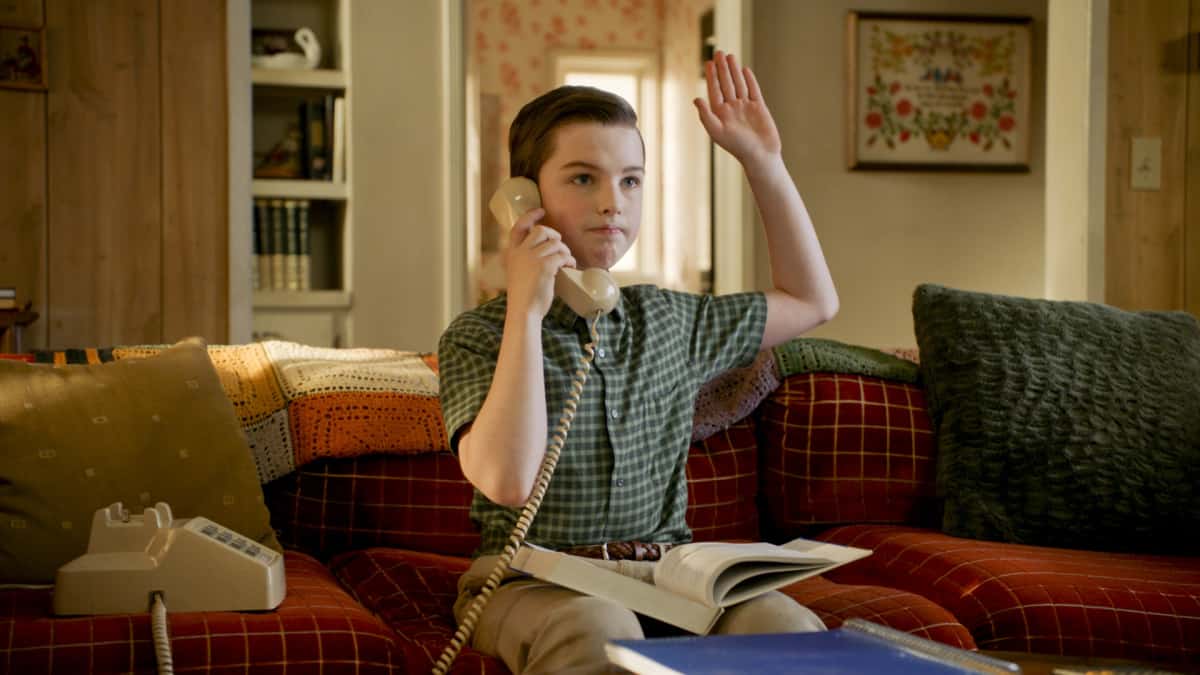 YOUNG SHELDON Season 4 Episode 13 Photos The Geezer Bus And A New Model For Education – Sheldon refuses to ride in a car after getting into an accident with Meemaw. Also, Missy uses their trauma to her advantage at school and Meemaw is forced to take the church shuttle while her car is in the shop, on Thursday, April 8 (8:00-8:31 PM, ET/PT) on the CBS Television Network. s04e13 4×13 4.13 s4e13