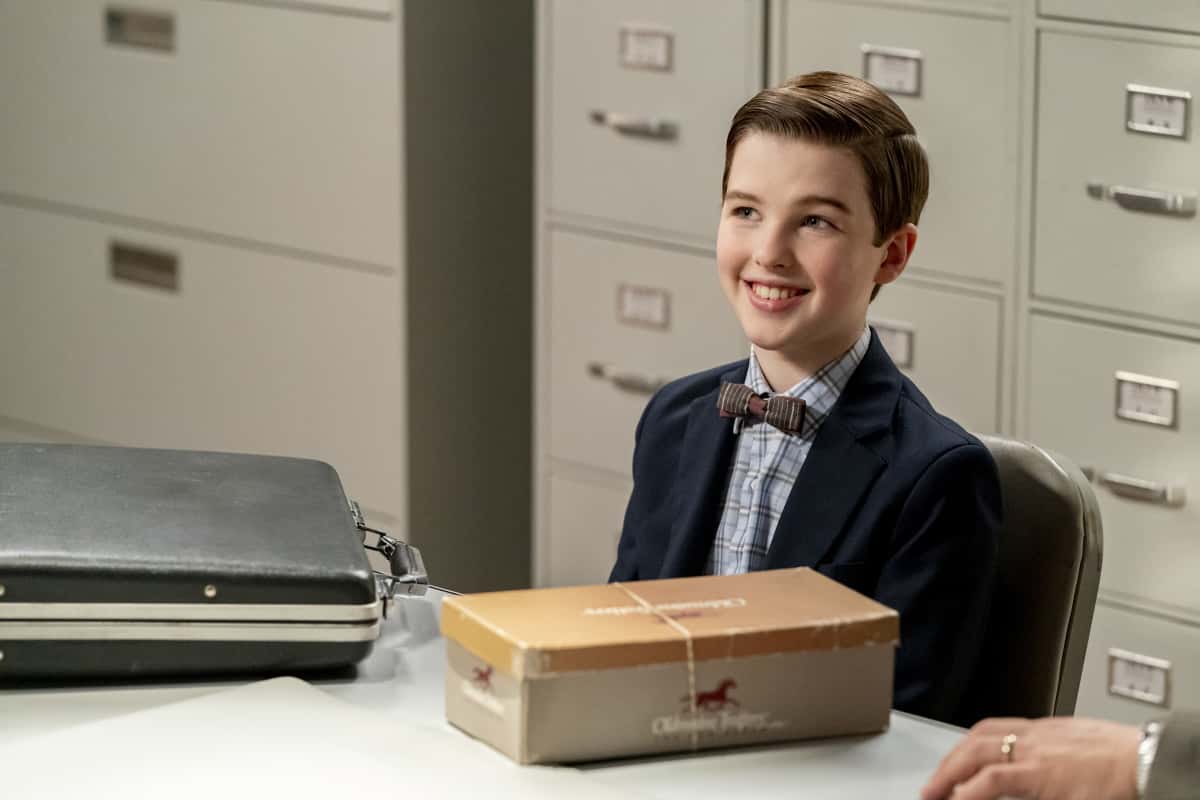 YOUNG SHELDON Season 4 Episode 14 Photos Mitch’s Son And The Unconditional Approval Of A Government Agency – When the IRS accuses Sheldon of making a mistake, he’ll stop at nothing to prove them wrong. Also, Dale is forced to get a colonoscopy and tries to convince Meemaw to join him, on Thursday, April 15 (8:00-8:31 PM, ET/PT) on the CBS Television Network. s04e14 4×14 4.14 s4e14