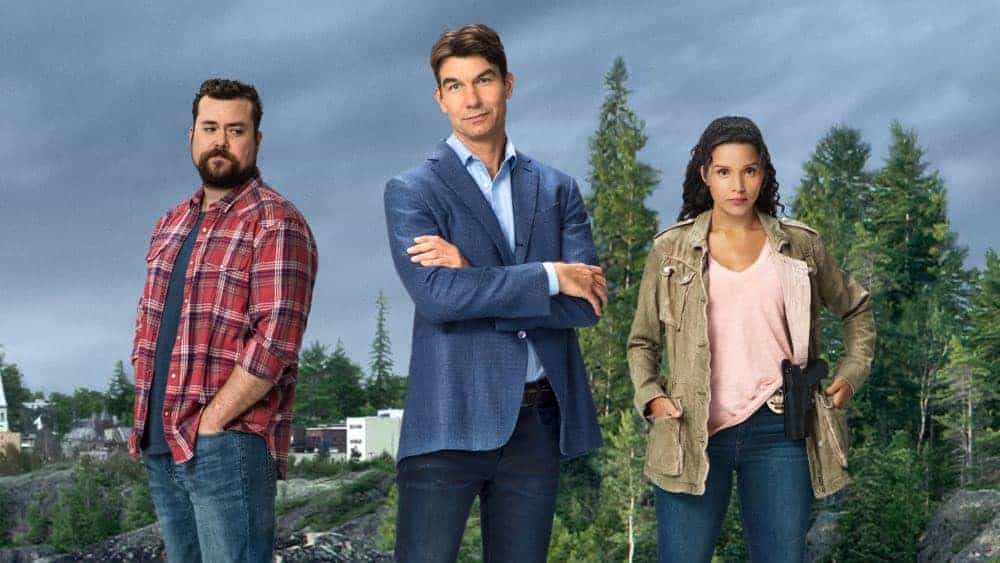 “Carter” is a sharp, 10-episode series that revolves around Harley Mackay (O’Connell), an actor playing a detective on a hit television show until he is forced to retreat to his sleepy hometown after an embarrassing public meltdown in Hollywood.  Now that he’s back, he taps into his acting experience to become a real-life detective, partnering with his two best friends, Sam Shaw (Heartsong) and Dave Leigh (Bruun). “Carter” will make its debut on WGN America on Tuesday, August 7.

“Gone” follows the story of Kit “Kick” Lannigan (Rambin), survivor of a highly publicized child-abduction case, and Frank Novak (Noth), the FBI agent who rescued her. Determined never to fall victim again, Kick trains herself in martial arts and the use of firearms. She finds her calling when Novak persuades her to join a special task force he created dedicated to solving abductions and missing persons cases. Paired with former Army intelligence officer John Bishop (Pino), Kick brings her unique understanding of a predator’s mind to the team. The series is set to premiere early 2019.

“Carter” was created by Garry Campbell (“MADtv”) who developed it alongside writer John Tinker (“Chicago Hope”). It is produced by Amaze Film + Television, and it is executive produced by the company’s own Teza Lawrence and Michael Souther (“The Stanley Dynamic,” “Call Me Fitz”). The series’ pilot is directed by Scott Smith (“The Magicians,” “Skins”). “Carter” was originally commissioned by Sony Pictures Television Networks and is distributed internationally by Sony Pictures Television.