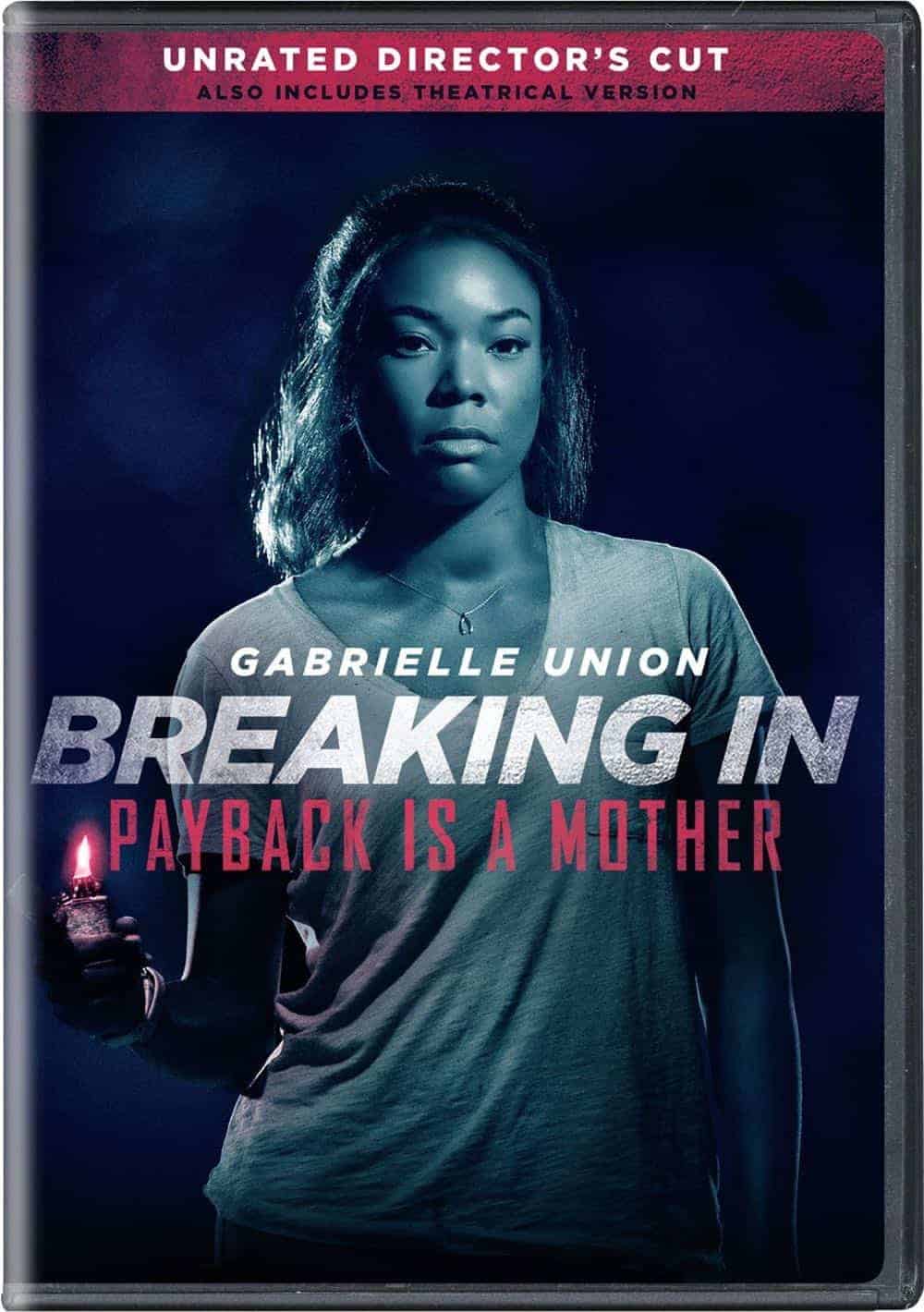 Locked out of the house by a group of ruthless intruders, one mother must summon every bit of her strength and smarts to save her children who are trapped inside in the edge-of-your-seat action thriller, BREAKING IN, arriving as an Unrated Director’s Cut on Digital and the all-new digital movie app MOVIES ANYWHERE on July 24, 2018 and on Blu-ray™, DVD and On Demand on August 7, from Universal Pictures Home Entertainment. Producers Will Packer (No Good Deed, Obsessed) and Gabrielle Union (Almost Christmas, Being Mary Jane) reunite for this original action thriller that follows a mother who encounters every parent’s worst nightmare. Bring home the film’s Unrated Director’s Cut on Blu-ray™, DVD and Digital and discover gripping never-before-seen content, including an alternate opening, deleted scenes and exclusive featurettes.

Shaun Russell (Union) takes her son and daughter on a weekend getaway to her late father’s secluded, high-tech vacation home in the countryside where the family soon receives an unwelcome surprise from four men who break into the house in search of a hidden safe. After managing to escape, Shaun stops at nothing to turn the tables on the thieves and rescue her two children being held hostage in a house designed with impenetrable security. No trap, no trick and especially no man inside can match a mother with a mission in BREAKING IN. Directed by James McTeigue (V for Vendetta, Sense8), BREAKING IN also stars Billy Burke ( Twilight Series), Aijona Alexus (“13 Reasons Why,” Acrimony) and Seth Carr (Black Panther).

BONUS FEATURES on BLU-RAY and DVD

Breaking In will be available on Blu-rayTM combo pack which includes Blu-rayTM, DVD and Digital, and Movies Anywhere. 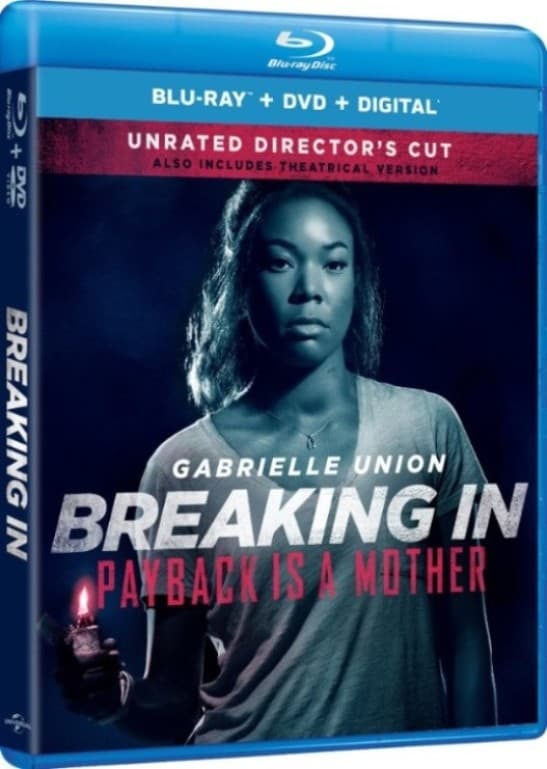