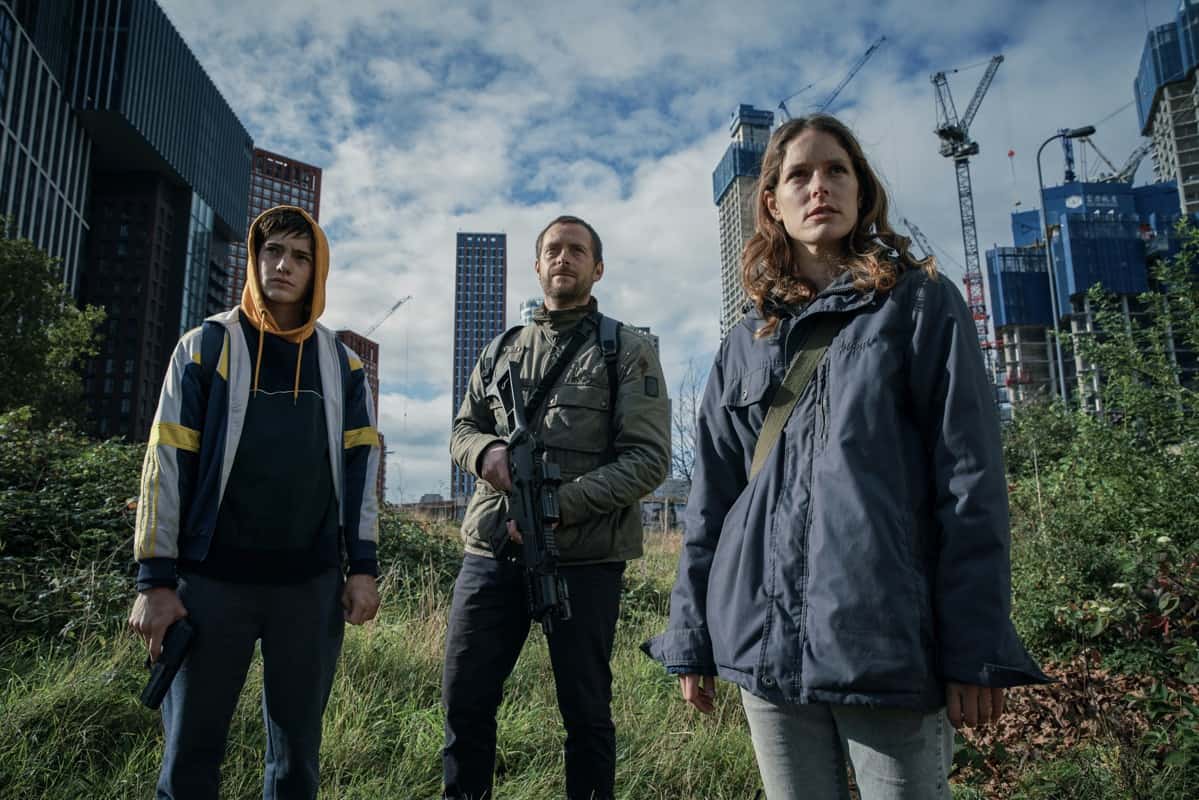 WAR OF THE WORLDS Season 2 Episode 1 Photos – War of the Worlds, written and created by BAFTA Award-winner Howard Overman (Misfits, Crazyhead, Merlin) of Urban Myth Films will premiere its eight-episode second season on EPIX on June 6 at 9pm. s02e01 2×01 2.01 s2e1

In the first season of War of the Worlds, an alien attack all but wiped out mankind, with just a handful of humans fighting to survive.  And no one felt more rocked by the invasion than Emily (Daisy Edgar-Jones), who discovered she may have her own strange personal connection to the aliens.  Season two of War of the Worlds sees our characters left reeling by the possibility that the invaders could be human. A tense fight to take back the planet awaits them. For some, the sheer desperation to survive will lead them to contemplate sacrificing one of their own…

Distributed internationally by STUDIOCANAL, the drama series is executive produced by Howard Overman, Julian Murphy and Johnny Capps for Urban Myth Films. War of the Worlds was produced with support of Welsh Government funding through Creative Wales. The second season of the contemporary adaptation sees Richard Clark return to direct episodes 1-4; Ben A. Williams directs episodes 5-8.

War of the Worlds is produced by Studiocanal-backed Urban Myth Films, in partnership with CANAL+ and FOX.