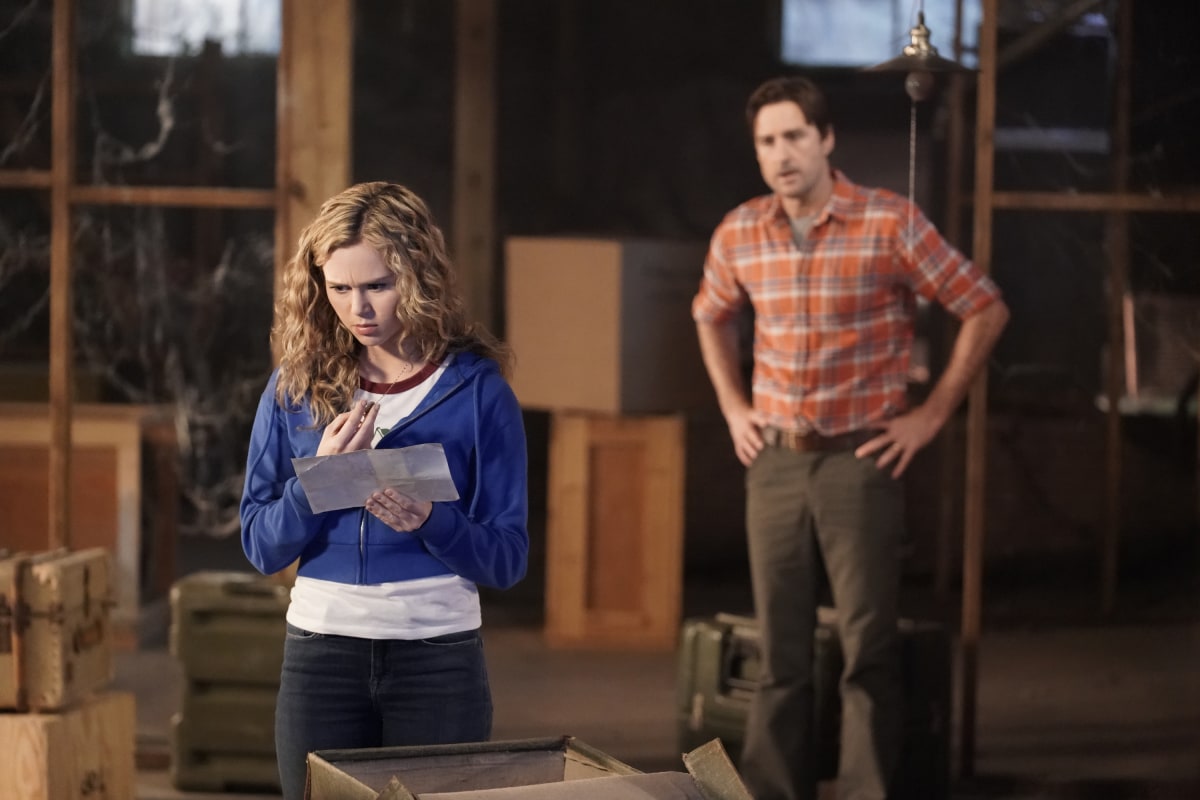 The CW has yet another series based on DC Comics characters running right now and this one’s called STARGIRL. It’s a show about a teenage girl who discovers the father she never knew may have been a superhero, and she may have inherited his powers. But the group that killed her maybe-father is still around, and she’s not strong enough to handle them on her own. So she decides to revive the Justice Society of America and staff it with youngsters, intent on stopping the much older baddies.

Brec Bassinger (Bella and the Bulldogs) stars as Courtney Whitmore. As the series begins, her mother, Barbara (Amy Smart, Justified), has just married Pat Dugan (Luke Wilson, Enlightened), who has a son of his own, Mike (Trae Romano, 555). The four move back to Barbara’s hometown, where she has gotten a job. But when Courtney finds Starman’s staff among Pat’s things and the staff responds to her, she decides Starman (Joel McHale, Community) must be her father and decides to follow in his footsteps. This is much to the chagrin of Pat, Starman’s former sidekick.

The premise doesn’t feel too coincidental, though Barbara’s employer verges on that trope. Pat and Barbara found each other in a sweet, simple story. Teaming Courtney up with her step-father is relatively novel for a television series, leaving Barbara to bond with Mike in more mundane plot threads. Though the separation can’t possibly last long.

A lot of the running time of the first six episodes doesn’t dwell on much character development. Instead, it sets up all the heroes and villains, as Courtney quickly recruits a diverse team to help her out. Pat, of course, isn’t pleased, but gets dragged along for the ride as Courtney ignores his instruction again and again. At the same time, we see the villains come back together and further nefarious plots, conveniently not having made much progress in the past ten years. Small skirmishes abound, but the season seems poised for a large battle at the end.

STARGIRL is unique in CW’s superhero lineup in that it isn’t directly tied to the Arrowverse. Made for the DC streaming app (which premieres episodes a day before the CW, and at least for the first two installments, longer versions of those episodes), Stargirl made a cameo in last fall’s big event, but is said to currently exist on a new Earth-2. But has the Arrowverse even established that there is a second Earth again?

Those logistics aside, STARGIRL is its own thing. A teenage drama with superheroes isn’t a new concept, nor is an origin story. The fact that the kids involved are assuming identities once held by adults makes it a bit of a ‘junior’ type situation. Kids battling adults also makes it seem like a made-for-kids show. At least, that’s what similar properties have been geared towards in the past.

Honestly, a lot about STARGIRL feels made for a younger audience in a way that the rest of the CW’s DC lineup does not. While there is death and destruction, the emotional implications of them aren’t dwelled upon, rushing onto the next big thing. Part of this can be attributed to Courtney and her mindset at present, but overall, it makes the series feel weaker than it could be. Romance doesn’t even really play in much, either, the focus more on butt kicking than crushing. McHale is wasted in a cameo, and thus far, Wilson and especially Smart haven’t been given much more than typical television parent stories in a kid show, either. Which, when taken all together, makes STARGIRL the least developed in the lineup.

Of course, kids grow, and a show can mature. So perhaps STARGIRL will move beyond its childish beginning as it continues. For now, though, I recommend taking it at face value. If you don’t mind a heavy teenage bend on your dramas, then this one’s for you.

At the time of this writing, STARGIRL is six episodes into a thirteen-episode run. New episodes run on the DC app Mondays and air on the CW Tuesdays at 8PM.