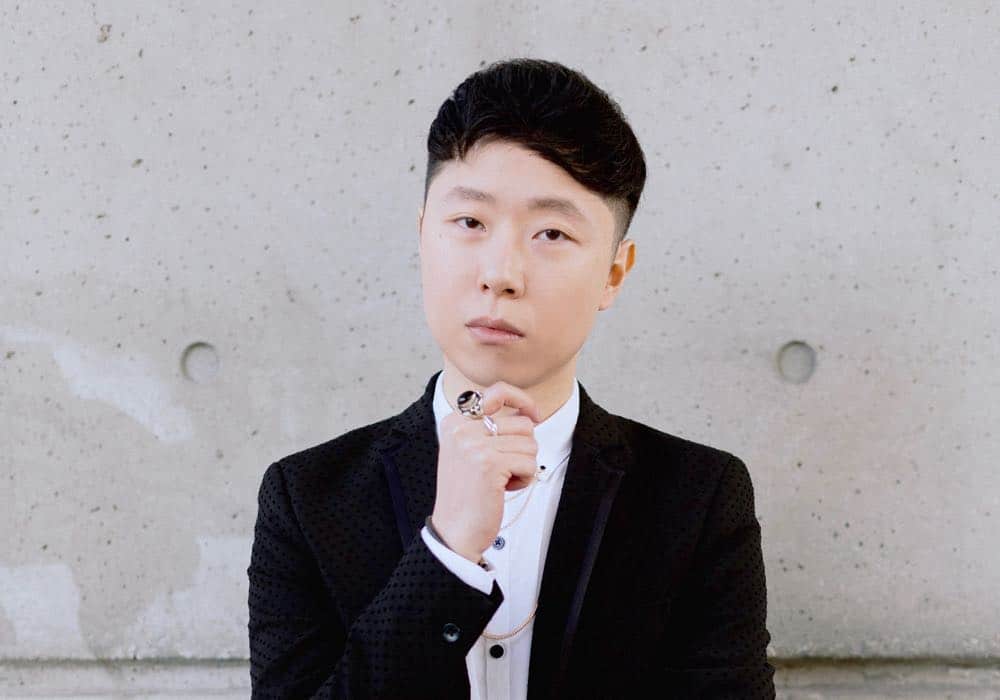 Upcoming young actor Joshua Pak gets his big movie break in the new comedy film “Tully” co-starring with Charlize Theron and Mackenzie Davis, which tells the story of a mother who hires a nighttime nurse to assist her with her children. It is a heartwarming tale of family, motherhood, and bonding with those who help make your life just a bit easier. Joshua’s performance adds to the appeal of this amazing film. In an exclusive interview, Joshua previews his role win “Tully” and reflects about being a working young actor in Hollywood.

What was the initial appeal for you about portraying Dallas and working on “Tully”?
JOSHUA: The casting team at Clark & Page Casting requested me to come in and audition for the role. When I found out the details about the film, the role and who was involved, I was thrilled because I had auditioned for Juno many years ago and I’ve always been a huge fan of Jason Reitman’s. So the fact that he was back in Vancouver with Charlize Theron starring in the film and teaming up with Diablo Cody, I wanted to be part of this project. Weeks later, finding out I was cast and then reading the script, I knew this would be something special. Dallas is a bit of a nerd and so am I. Also, I’ve never played a principals assistant before so that was very exciting for me to do.

How would you describe who Dallas is in the film?
JOSHUA: Dallas is the nerdy and efficient Principal’s assistant at St. Vitus Elementary School where Marlo’s (Charlize Theron) two children go to school.

What do you most admire about him?
JOSHUA: He is genuine, keen and funny without knowing he’s funny.

How would you describe “Tully” for viewers interested in the film?
JOSHUA: The film is about a middle-class mother by the name of Marlo who has just had her third child and is struggling. She’s in a situation where she is trying to keep her head above water and in need of help. Thankfully, she is gifted a night nanny by the name of Tully (Mackenzie Davis) who is a mysterious figure and helps her find her way back to feeling human again. This film gives an audience a raw look at what motherhood looks like.

What is it like working alongside the talented ensemble on “Tully”?
JOSHUA: It was an absolute delight to be working on a film with the calibre of talent involved. To have Charlize Theron as my scene partner, to have Jason Reitman lead this incredible ship, and to be speaking Diablo Cody’s words, it was a dream collaboration.

Who do you get to work with most in the film and what was that experience like?
JOSHUA: All of my scenes are with Charlize. She is an incredibly humble, focused, intense and giving actress. I learned a lot from working with her and observing her work ethic both on and off set. There is a reason why she’s an Academy Award winner, and I feel proud to have been able to cross paths with her.

Do you have any favorite scenes that you can share from working on the film?
JOSHUA: I do, but no spoilers allowed! All I can say is that I have some interesting interactions with Charlize’s character Marlo.

As an actor, what has been the one thing you have taken away from the experience of working on “Tully”?
JOSHUA: “Tully” was a master class for me as I was able to watch the best in the business work both from a technical and creative standpoint. What stuck with me was the fact that everyone on set, cast and crew, wanted to be there because we wanted to tell this story. I recall having a moment while resetting for a scene, thinking “This is why I do this!”. The art of storytelling.

What is your proudest achievement working on “Tully”?
JOSHUA: Being present in every scene was my proudest achievement. I was challenged to trust my instincts, as we never rehearsed. Also, getting to collaborate with Charlize, Jason and speak Diablo’s words. Not a lot of actors can say they’ve done that.

You also worked on “Lucifer.” What did you appreciate about working on that show?
JOSHUA: Walking onto that set was a fantastic experience because everyone was very energetic which I loved. I got to co-star opposite Tom Ellis and he is the nicest guy. We had a lot of fun filming as he had to slam me up against a glass wall several times. Collaborating with him and the creatives was an absolute pleasure. From my point of view, the set felt very family oriented and it was a well-oiled machine.

You also worked on “The Man In The High Castle.” What did you enjoy about working on that series?
JOSHUA: I appeared in the finale of season two where there is the Kempeitai HQ bombing. I got to put my health care skills to use as I help out my wounded co-star, Joel de la Fuente. That was effortless fun for me.

What has surprised you most about your career so far?
JOSHUA: Pursuing an acting career is far from easy, especially as a minority. I’m surprised I’ve kept going for as long as I have! I’m essentially one of the lucky ones who get to audition and work consistently with amazing people. As the years go by, it hasn’t gotten any easier, but my love for the craft remains the same as when I first started.

At this stage of your career, what do you think you have learned from the roles and projects you have worked on?
JOSHUA: To always have fun! This is the entertainment industry after all.

Then what are the perks of where you are in your career right now?
JOSHUA: Right now, I’m fortunate to have some of the top casting directors request me to audition on a regular basis. Since being cast in Tully, I’ve noticed more opportunities showing up at my door. I still need to do my part and present the best audition possible in the room and be flexible to make a change.

Has there been any great advice you have gotten about working as an actor?
JOSHUA: Be professional. Be polite. Stay humble. Work hard and have fun.

What advice would you offer to other upcoming and aspiring actors?
JOSHUA: Do it because you love it. Have perseverance and surround yourself with a network of people who believe in you just as much as you believe in them. Bring one another up, especially during the down times. Travel and see the world, experience life fully. It will enrich you as a human being and as an actor.

Do you have any other upcoming projects that you can share that fans should keep an eye out for?
JOSHUA: I will be making an appearance as Luis in the Disney Channel movie “Freaky Friday” coming out in the summer of 2018. That’s all I can say for now!

To see Joshua’s heartfelt performance in “Tully,” be sure to catch the film at a movie theater near you when it is released on May 4th. Than to find out more about the film, you can follow it on Twitter @TullyMovie. Then to follow Joshua as his career continues, you can follow him on Twitter @_JoshuaPak.