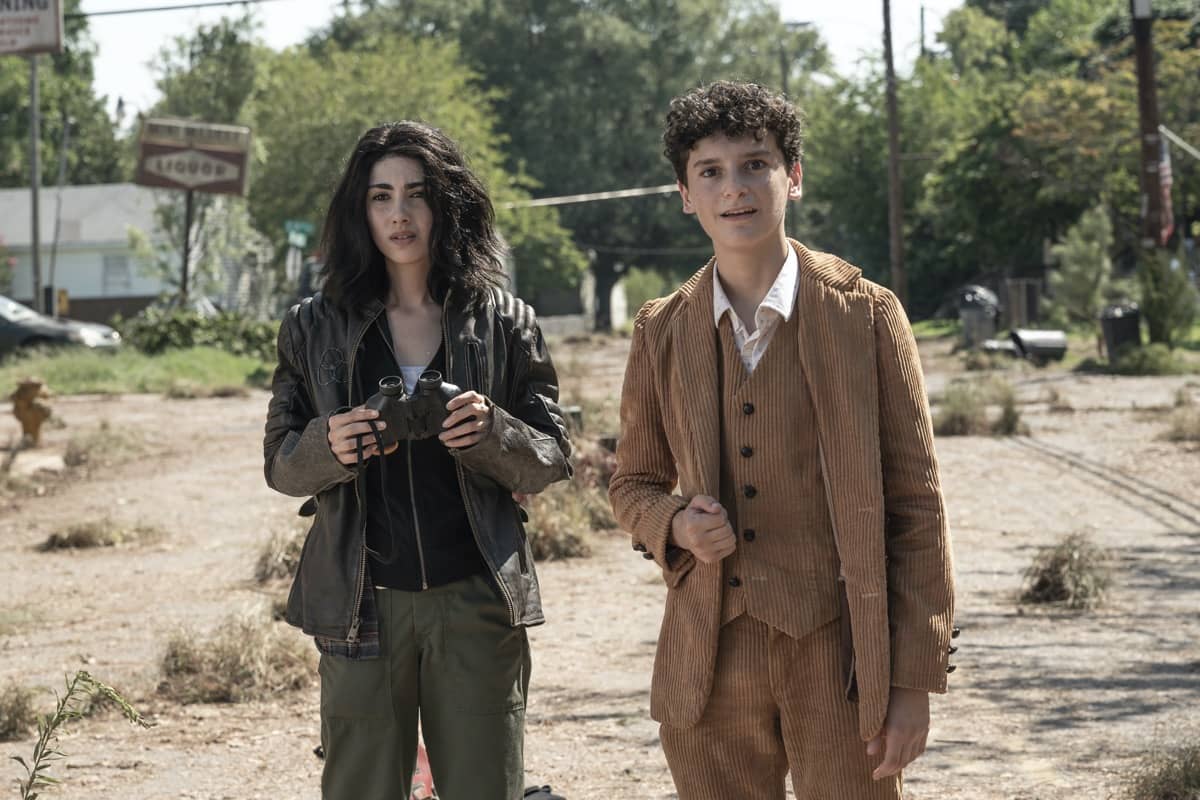 THE WALKING DEAD: WORLD BEYOND Season 1 Episode 2 Photos The Blaze Of Gory – The group adjusts to the reality of life beyond their community’s walls. Iris attempts to take charge, in spite of Hope’s reservations. Felix and Huck trail the teens while Felix is forced to confront unwanted memories.