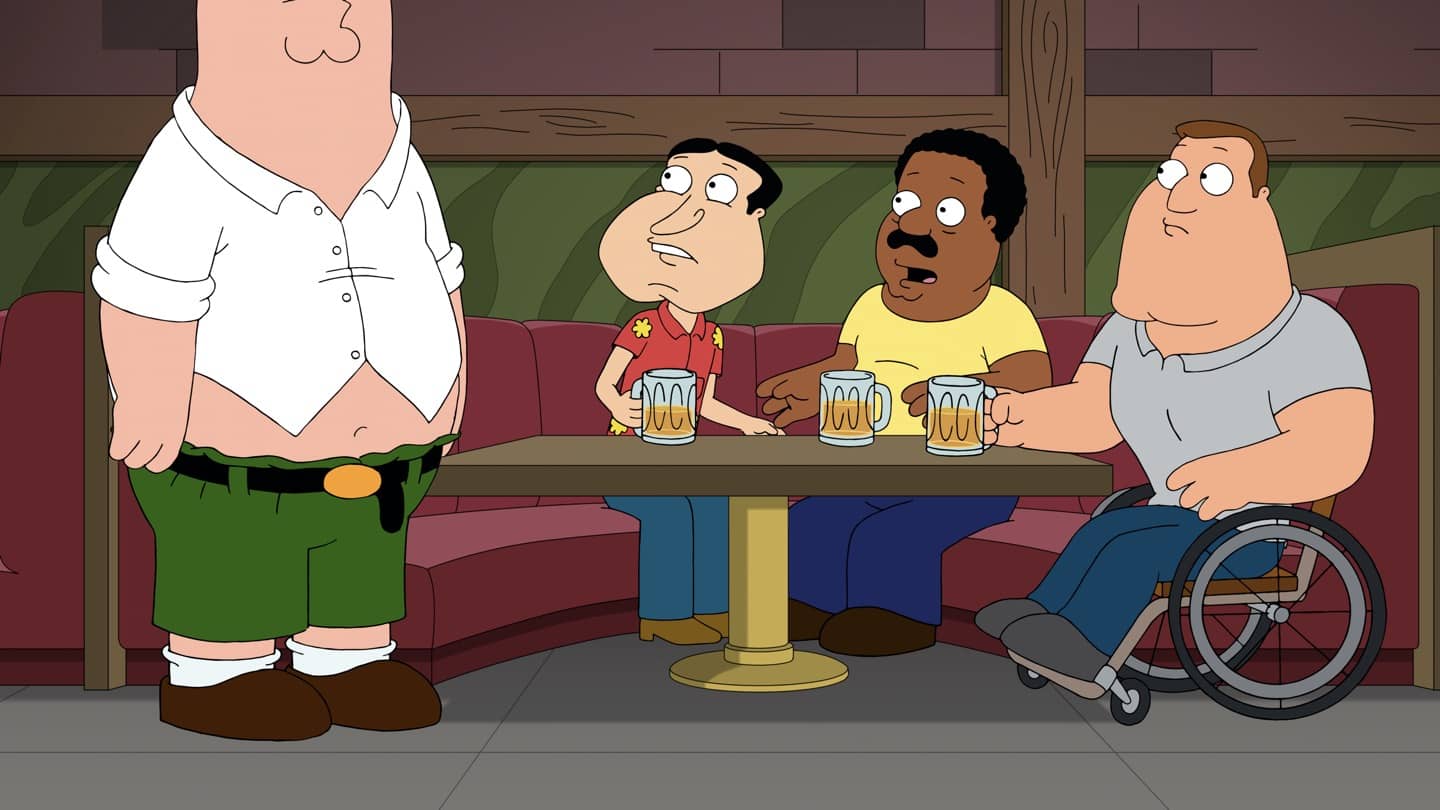 FAMILY GUY Season 19 Episode 3 Photos Boys & Squirrels – When Peter injures himself and a family of squirrels in a chainsaw accident, Chris and Stewie take in one of the injured rodents to nurse it back to health. Meanwhile, a chiropractor fixes Peter’s injury by realigning his spine – and restoring him to his “true height” of 6’5” in the all-new “Boys & Squirrels” episode of FAMILY GUY airing Sunday, Oct. 11 (9:30-10:00 PM ET/PT) on FOX. (FG-1802) (TV-14 D, L, S, V)