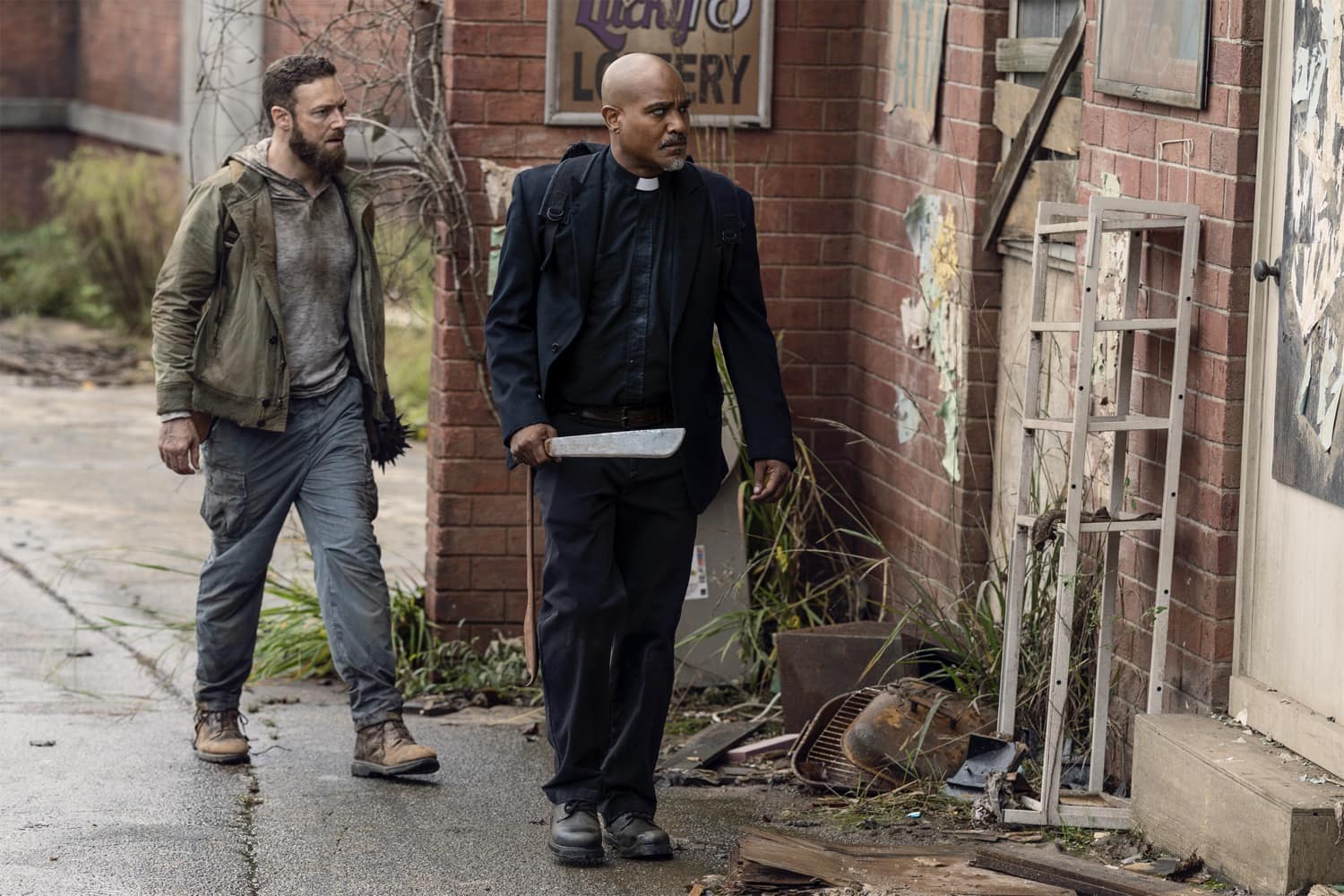 THE WALKING DEAD Season 10 Episode 19 Photos One More – Gabriel (Seth Gilliam) and Aaron (Ross Marquand) search for food and supplies to bring back to Alexandria. Small tragedies lead to bigger tragedies as faith is broken and optimism is fragmented when they are put to the ultimate test. s10e19 10×19 10.19