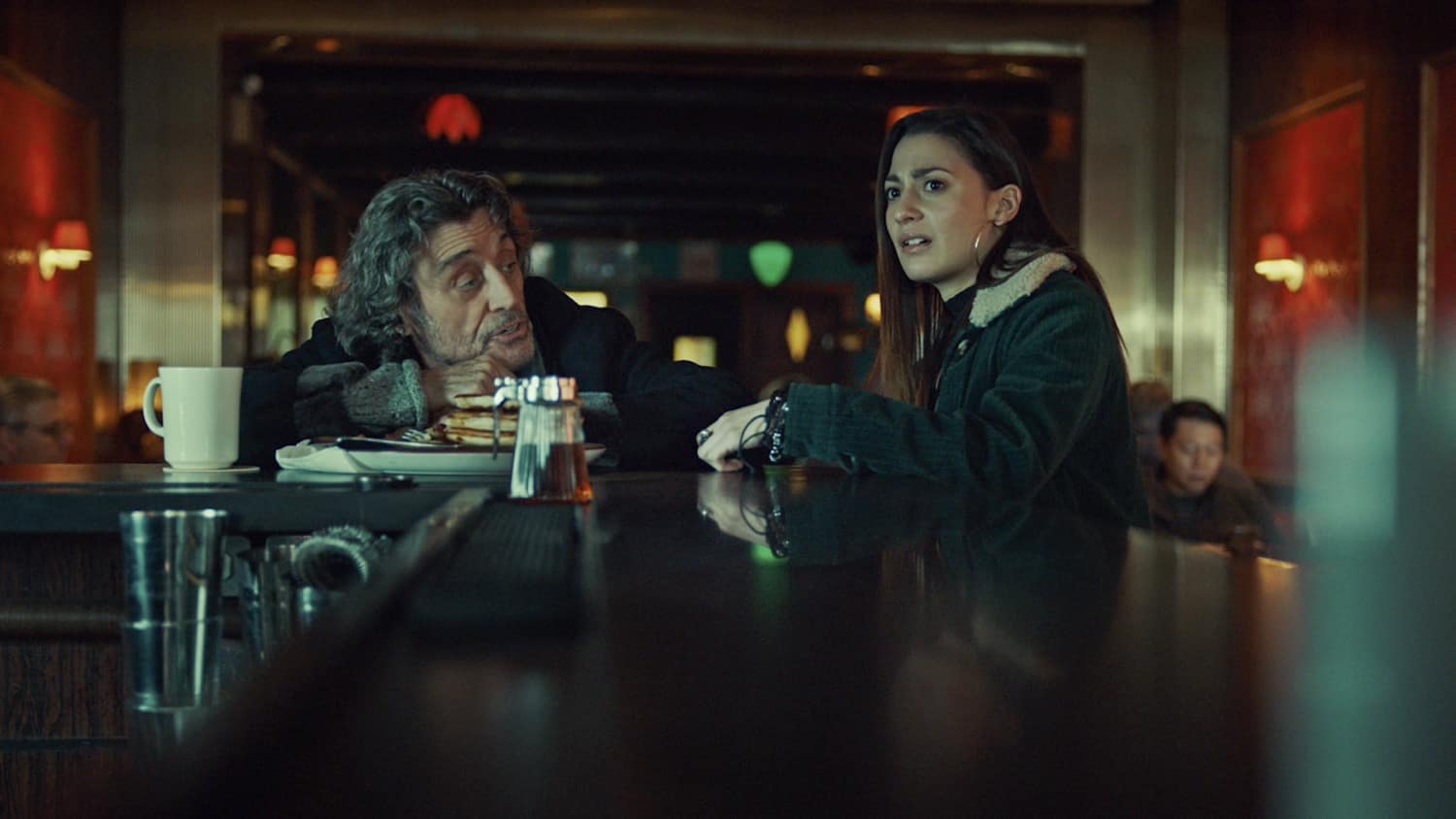 AMERICAN GODS Season 3 Episode 9 Photos The Lake Effect – Shadow has to decide the price he’s willing to pay for his idyllic Lakeside life. As Laura and her new ally close in on her target, Wednesday has to persuade Czernobog that it’s time to make peace with their enemies. s03e09 3×09 3.09 s3e9

“American Gods” is the epic story of an inevitable war building between the Old Gods of mythology and our New Gods of technology. Whittle stars as ex-con Shadow Moon, a man pulled into the service of the mysterious Mr. Wednesday, played by Ian McShane (“Deadwood”, John Wick) — only to discover that not only is his charismatic but un-trustable boss actually the Norse All-Father god Odin, he’s also…Shadow’s father. In Season 3 Shadow angrily pushes this apparent destiny away, and settles in the idyllic snowy town of Lakeside, Wisconsin — to make his own path, guided by the gods of his black ancestors, the Orishas. But he’ll soon discover that this town’s still waters run deep, and dark, and bloody, and that you don’t get to simply reject being a god. The only choice — and a choice you have to make — is what kind of god you’re going to be.