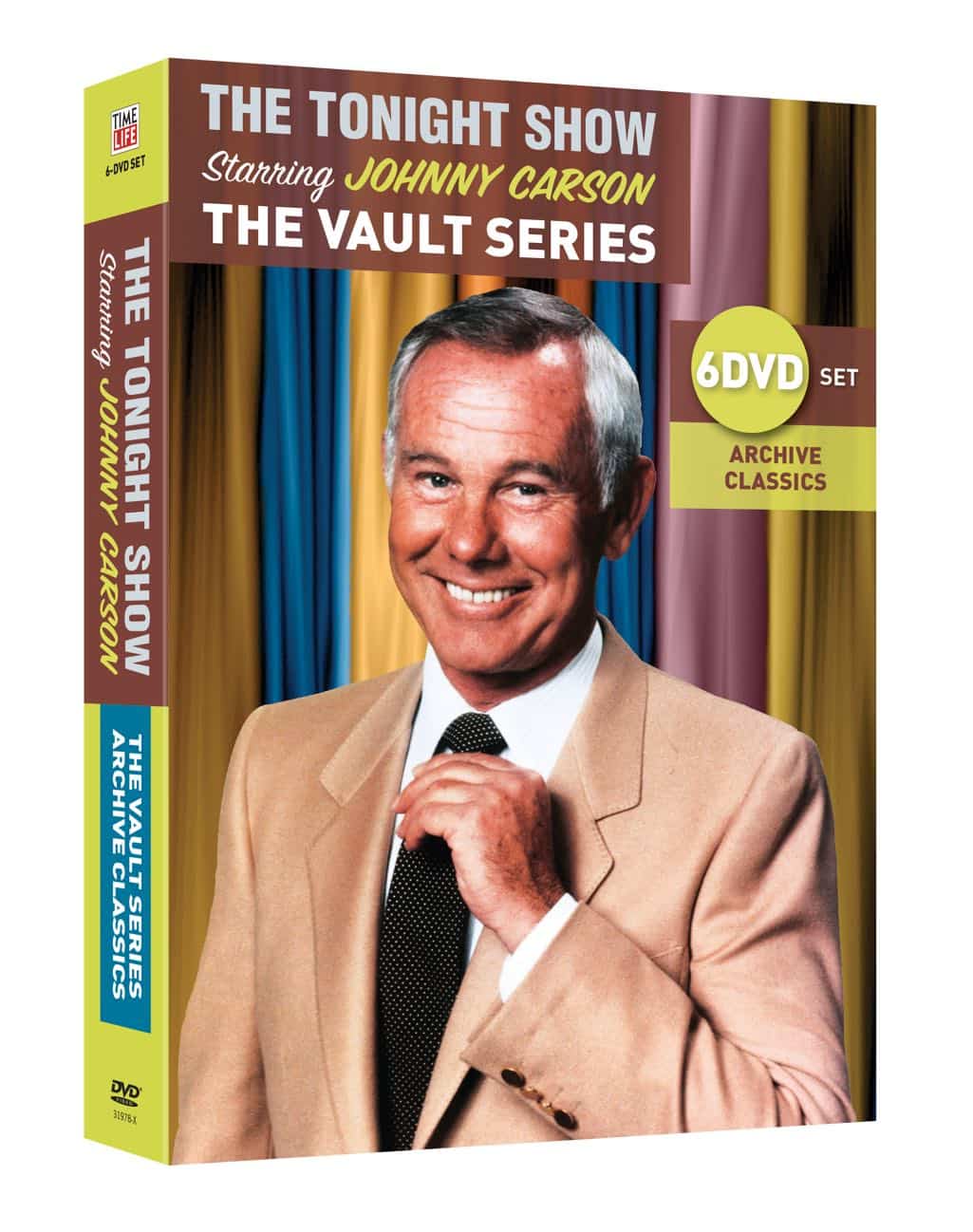 Johnny Carson defined late-night television.  For over 30 years, America watched together, laughed together, and sang together on the couch with the Original King of Late Night.  Now, this fall, home audiences will be able to enjoy the very best of late night, any night, with THE TONIGHT SHOW STARRING JOHNNY CARSON: THE VAULT SERIES.  The singular collections, new to retail and available in multiple configurations, feature Johnny and the inimitable Tonight Show crew in full episodes fresh from Carson’s vaults – including commercials!

Available on October 4, THE VAULT SERIES gives viewers the opportunity to relive the incomparable magic of a night with Johnny, Ed and Doc.  These collections feature some of the best and most requested episodes from over 30 years and 4,000 shows — including material not seen by the public since the original broadcasts!  Among the many highlights are the 10th and 11th anniversary shows and Johnny’s birthday episodes, a week of shows from March 1976, visits from Carnac the Magnificent and the Mighty Carson Art Players, and Johnny singing Rhinestone Cowboy astride a donkey.  Carson is also at his best bantering with famous friends including Bob Hope, Dean Martin, Richard Pryor, Muhammad Ali, Bing Crosby, Jack Benny, Sean Connery, John Denver, Peter Fonda, Charlton Heston, Jerry Lewis, Dean Martin, Paul McCartney, Burt Reynolds, Don Rickles, Orson Welles, and many others.  Hours of highly-entertaining bonus features are also included on the multi-disc sets, and feature bonus monologues, in-depth interviews, and additional clips with Lucille Ball, James Brown, Rodney Dangerfield, David Letterman, Joan Embery and her wild animals, the beloved Aunt Blabby, and a Hollywood stuntwoman demonstration.

For over 30 incredible years, Carson paved the way for a late night TV revolution that will never be equaled.  And THE TONIGHT SHOW STARRING JOHNNY CARSON: THE VAULT SERIES will give Carson fans, TV historians and late night aficionados alike the chance to once again watch an amazing talent and true American icon at the height of his powers.