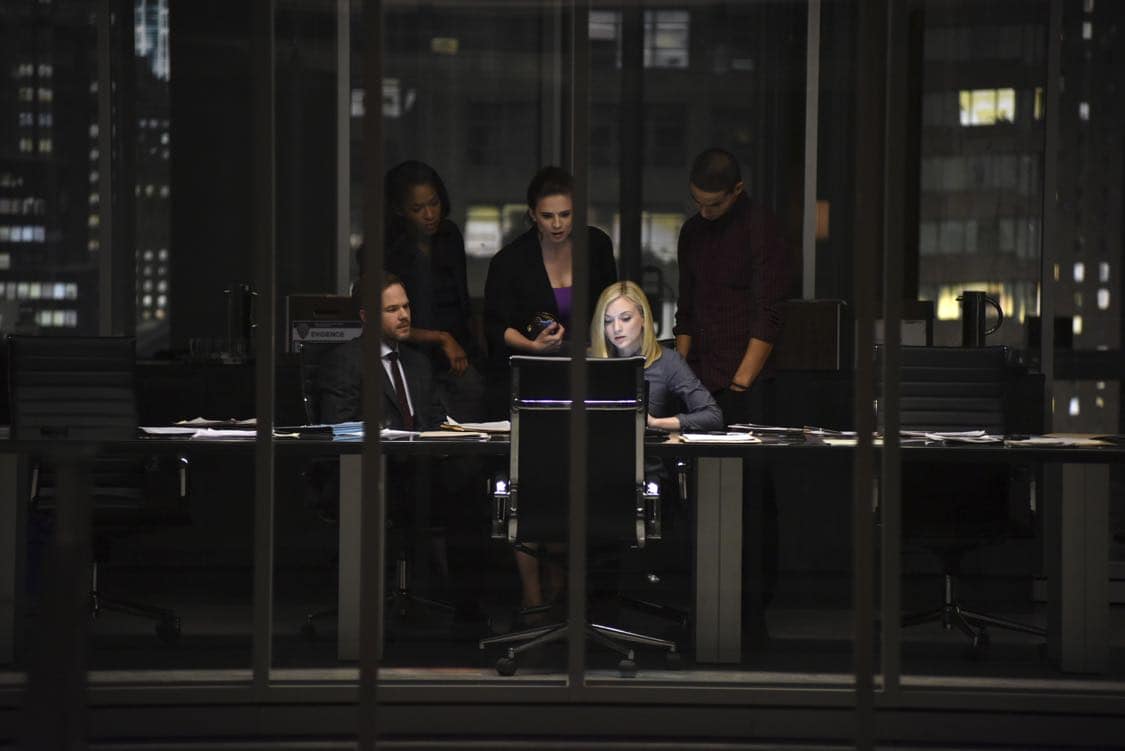 Promo pics from Conviction season 1 episode 2 “Bridge and Tunnel Vision” – Hayes confronts Wallace head-on, investigating the case that made his career ten years ago: the Prospect 3. Three young white men confessed to the rape and robbery of a young black woman. Hayes hopes to catch Wallace off guard with the team’s investigation, but the complex case serves up a major surprise. When the young woman’s character takes a hit in the press during the investigation, she is victimized for a second time, which Hayes takes personally, on “Conviction,” MONDAY, OCTOBER 10 (10:01-11:00 p.m. EDT), on the ABC Television Network.