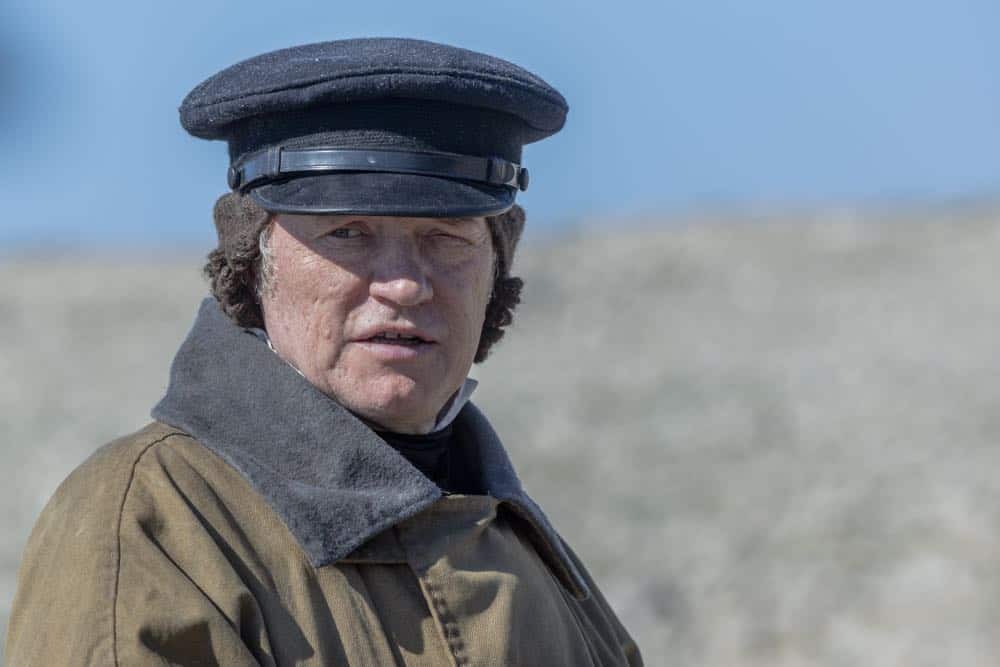 EPISODE 107: “HORRIBLE FROM SUPPER” – A massive mobilization of men attempts to move all the expedition’s portable supplies to land as the expedition’s long walk south begins. Leaving the protection of the ships, they are now completely exposed to attack from any direction. A series of shocking events underscores how fragile their situation has become. THE TERROR Season 1 Episode 7 Photos Horrible From Supper.