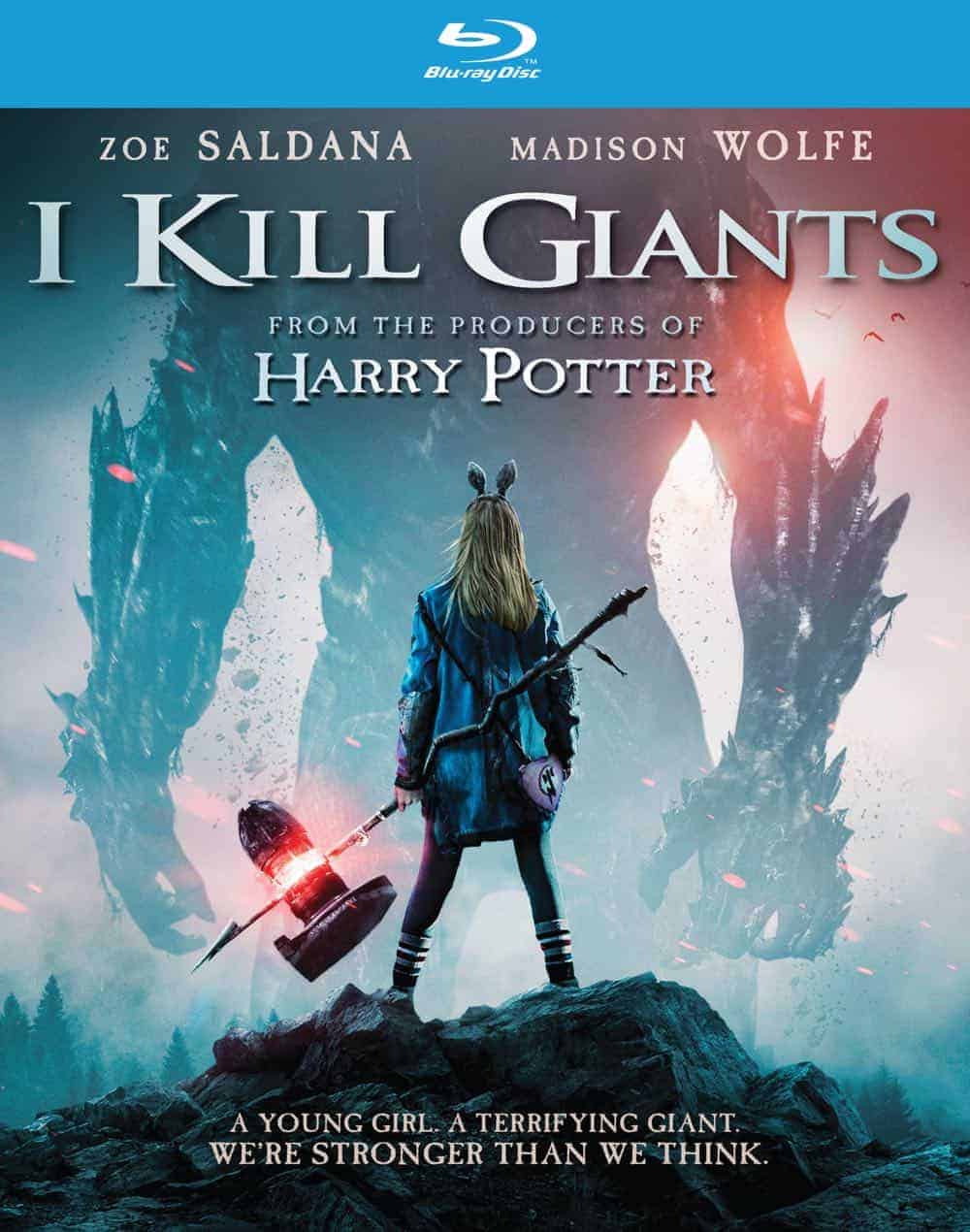 RLJE Films (NASDAQ: RLJE) will release the adventure, fantasy film I KILL GIANTS on DVD and Blu-ray on May 22, 2018. From the producers of Harry Potter, I KILL GIANTS stars Zoe Saldana (Guardians of the Galaxy, Avatar), Imogen Poots (“Roadies,” Green Room), Madison Wolfe (The Conjuring 2, “True Detective”), and Sydney Wade (360, Una). The film was directed by the Academy Award winning writer/director Anders Walter (Helium) and was written by Joe Kelly (Deadpool graphic novel, Big Hero 6 graphic novel, “Avengers Assemble,” “Ultimate Spider-Man”). RLJE Films will release I KILL GIANTS on DVD for an SRP of $29.96 and on Blu-ray for an SRP of $29.97.

Teen Barbara Thorson (Madison Wolfe) is the only thing that stands between terrible giants and the destruction of her small town. But as she boldy confronts her fears in increasingly dangerous ways, her new school counselor (Zoe Saldana) leads her to question everything she’s always believed to be true.

I KILL GIANTS is based on the critically acclaimed “Man of Action” graphic novel written by Kelly and Ken Niimura (“Henshin”). The graphic novel won many awards including IGN’S Best Indy Book of 2008, New York Magazine’s Top 10 Comics of 2009 and the Gold Award at the International Manga Awards.

The I KILL GIANTS DVD and Blu-ray includes the bonus features “The Making of I Kill Giants,” Anatomy of a Scene, I Kill Giants Graphic Novel: Chapter 1 and a Photo Gallery.