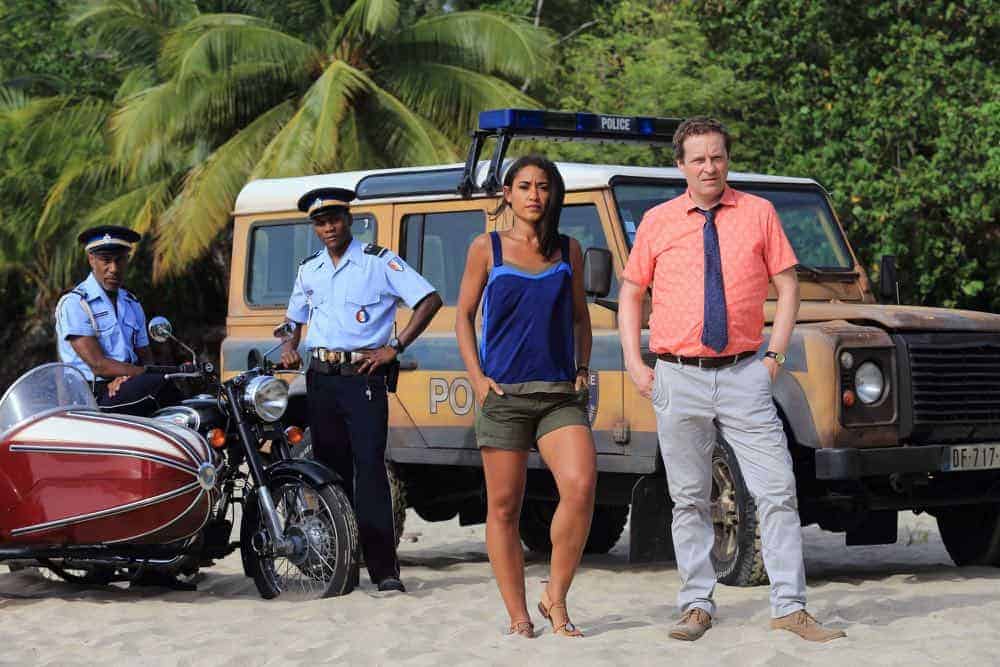 Produced by Red Planet Pictures for BBC One, series eight sees the arrival of a new regular character – Officer Ruby Patterson, played by exciting up-and-coming actor Shyko Amos (A Very English Scandal). Fresh out of police college, Officer Patterson is more than just an eager new recruit – she’s also Commissioner Patterson’s niece, which presents the team with a challenge or two. While they get to know their new arrival, Ruby quickly realises that life as a police officer in Saint Marie is far from quiet…

Shyko Amos says: “There is nothing quite like Death in Paradise on TV and it hasn’t quite sunk in yet that I’ve joined such a massively popular show. It’s given me a butterfly or two but I’m very excited! Officer Ruby Patterson is a bundle of joy! I am very excited for Death in Paradise viewers to experience her as the new member of the already amazing law enforcement team of Saint Marie”.

Executive Producer, Tim Key, says: “We’re delighted to welcome Shyko to the team. She’s a really exciting young actor who has already made a huge impact on set as Officer Ruby Patterson. We’re very sad to have said goodbye to Danny, who’s brilliant performance as Dwayne has helped make the show such a success. We wish Danny all the very best and look forward to working with him again. But it’s wonderful to be back in Guadeloupe with our fantastic cast and crew to get stuck in to some more intriguing murder mysteries in the Caribbean sun. We can’t wait for the audience to see what we’ve got in store”.

Tommy Bulfin, BBC Executive Producer and Drama Commissioning Editor for Northern Ireland, adds: “This is an exciting time for Death in Paradise and we are delighted to have such great talent involved in the show. We are sad to say goodbye to Danny whose presence and personality has helped contribute towards the success of this long running series, but we are thrilled to have Shyko Amos on board. We can’t wait to see her take the reins as Officer Ruby Patterson and the new dynamic she will bring to the Caribbean police team.”

Created by Robert Thorogood, the eighth series was commissioned for BBC One by Charlotte Moore, Director of Content, and Piers Wenger, Controller of Drama Commissioning. The series is produced by Yvonne Francas and executive produced by Tim Key for Red Planet Pictures and Tommy Bulfin for the BBC. Death in Paradise is a Red Planet Pictures production, produced with the support of the region of Guadeloupe.