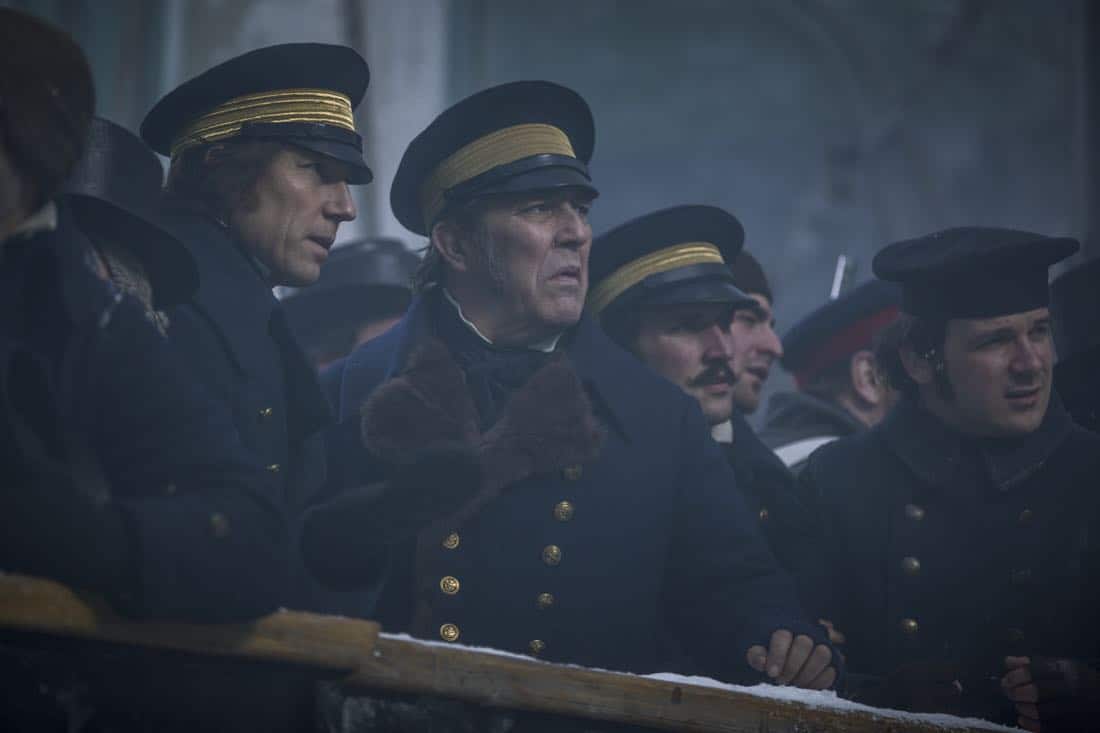 After a long winter trapped in the ice, scouting parties are sent out in search of open water. One of the teams makes a frightening discovery.. THE TERROR Season 1 Episode 2 Photos Gore.