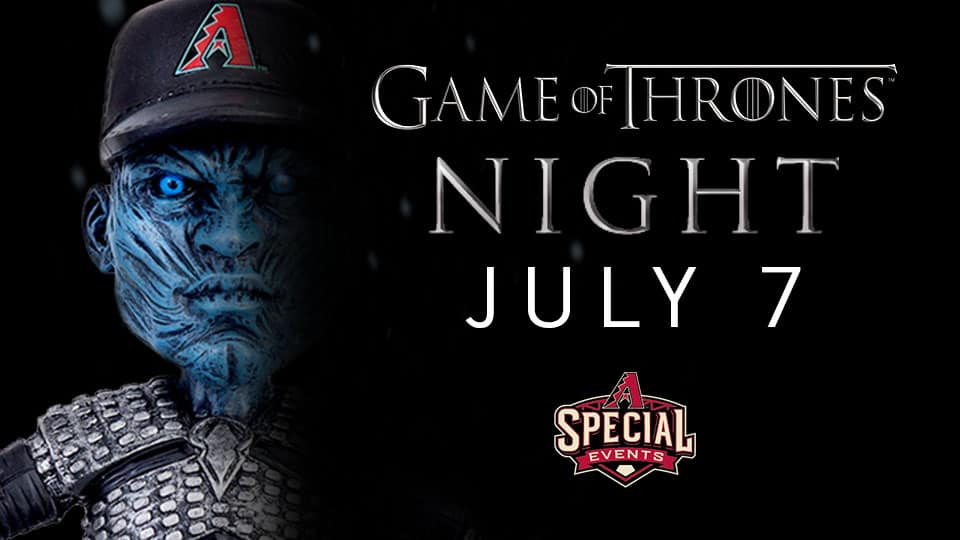 While fans eagerly await the epic eighth and final season of HBO’s Emmy® Award-winning series Game of Thrones in 2019, Major League Baseball and HBO announced a renewal of their partnership to bring specially customized “Game of Thrones” events, giveaways, ticket specials and experiences to participating MLB ballparks this Summer.

Beginning immediately, single-game tickets for the entire slate of announced “Game of Thrones” dates are available for purchase at MLB.com/gameofthrones.

Last summer in conjunction with the seventh season of “Game of Thrones” on HBO, the partnership engaged thousands of fans across more than 20 MLB ballparks through a variety of creative cross-promotional activations designed by the participating Clubs, HBO, MLB and MLB’s official licensees. Some of those fan-friendly specials integrating the iconic “Game of Thrones” themes known to millions included: MLB player and mascot bobbleheads, video board games, special food and drinks at concession stands, co-branded t-shirts and caps, GoT costume contests, Snapchat filters, and of course the appearance of the Iron Throne.

The Throne’s visits to ballparks provided fans a one-of-a-kind opportunity to take personal photos and share them across social media platforms (#GoTMLB) and within MLB’s Ballpark mobile application, commemorating their “Game of Thrones” experience like never before. Among the other dozens of fun Throne activations were San Francisco Giants manager Bruce Bochy conducting his post-game press availability on the “Throne,” Hall of Famer Ozzie Smith posing in his trademark Cardinals red blazer, and

Details for participating Clubs and the unique experiences offered at these “Game of Thrones” summer events in 2018 will be announced at a later date.