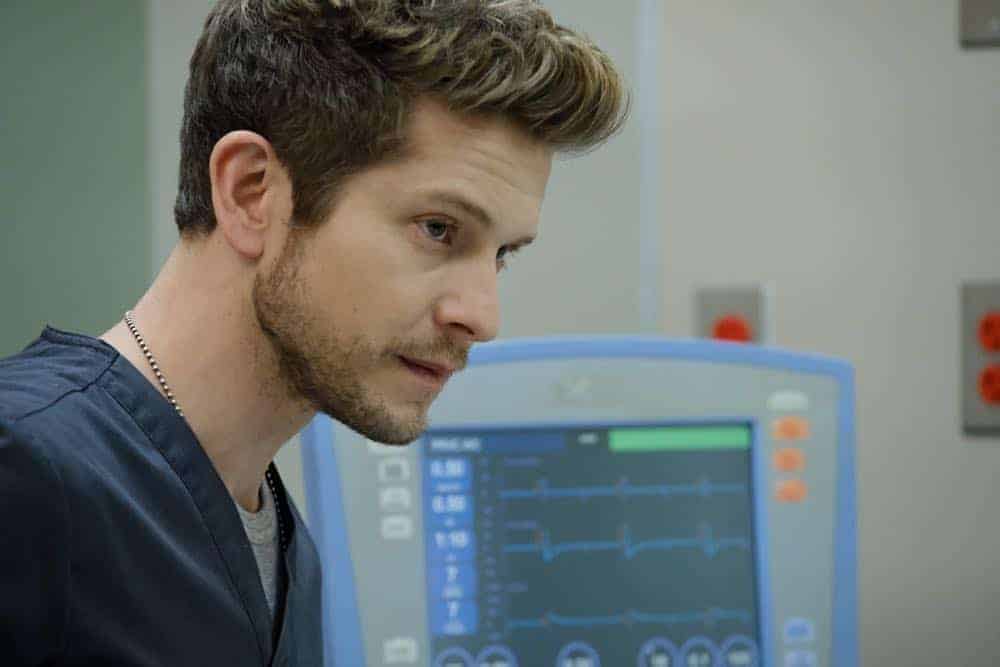 The Resident “Run, Doctor, Run” Devon and Conrad race against the clock to save the life of a woman who is deteriorating fast from undetermined symptoms. When the patient turns out to be a hero who helps previous criminals get their lives back together, the team relies on her family of ex-cons to help diagnose and treat her. Tensions rise as Nic continues her search for evidence to incriminate Lane, but must simultaneously tend to her sister, Jessie (guest star Julianna Guill), who is rushed into the ER. Meanwhile, York returns to the hospital with his mother, who is in need of a risky procedure, and comes face-to-face with the stone-cold Dr. AJ Austin (guest star Malcolm-Jamal Warner) in the all-new “Run, Doctor, Run” episode of THE RESIDENT airing Monday, May 7 (9:00-10:00 PM ET/PT) on FOX. (RES-113) (TV-14 D, L, V) THE RESIDENT Season 1 Episode 13 Photos Run, Doctor, Run.