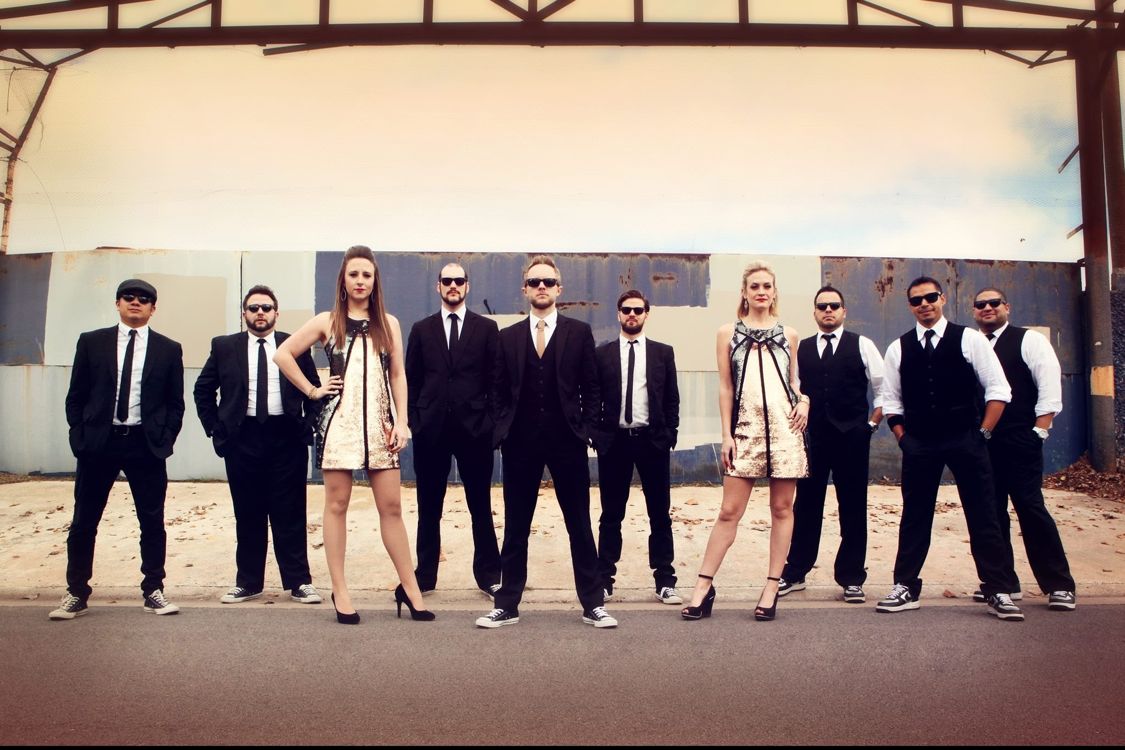 American soul band, The Nightowls, have announced new Fall 2016 tour dates. Fresh off of the release of their Royal Sessions EP, the band will be making stops in cities like Memphis, Chicago, Cleveland, Lancaster, New York City, Chapel Hill, Nashville, Atlanta and New Orleans, among others. For more information, please visit http://wearethenightowls.com/shows.

Last month, The Nightowls premiered their brand new video for “Right Around The Corner” on Huffington Post. Watch HERE. Filmed at the historic Royal Studios in Memphis, TN, the video offers fans a behind-the-scenes look into the recording of Royal Sessions. “We wanted a music video that captured the band recording the album, but also a video that looked and felt as old and historic as the studio itself”, explains frontman Ryan Harkrider. “So, we brought in our friend and director, Jeff Ray, who shot the band performing the song live and also captured the black and white still shots you see woven throughout the video.”

With their latest EP, The Nightowls transcends the “retro” tag that described their early releases in favor of a more unique and cohesive sound, with influences running the gamut from James Brown to Michael Jackson. Bright, bold horns dance and leap over a funky rhythm section, while soulful lead vocals shimmer out alongside gorgeous female harmonies, resulting in a complex sound that is infectious in its effervescent energy. Royal Sessions, which was released in July, is available for purchase on iTunes, HERE.

The Nightowls is Ryan Harkrider (lead vocals), Andrew Schindler (guitar), Rob Alton (bass), Ben Petree (drums), Nate Villegas (keyboard), Michael Rey (horns), Andrew McElmore (horns), Javier Stuppard (horns), Ellie Carroll (background vocals), Tara Williamson (background vocals) and Sara Stein (background vocals). The group took Texas by storm in 2014 with the release their debut album, Good As Gold. The Austin Chronicle hailed it as “suave, energetic, blue-eyed soul” and named it one of the Top 10 of the year at the annual Austin Chronicle Music Awards. Austin Monthly named them a Band To Watch, and Texas Music Magazine called the album “a smooth addictive blend of pop, R&B and funk that will delight the band’s dance-happy fans.” They spent the next year bringing their ecstatic live show to stages around the country, including a triumphant hometown gig at the Austin City Limits Festival, and followed it up in 2015 with ‘Fame Sessions’, recorded at the titular, iconic Muscle Shoals studio. That album earned the band serious national attention and love everywhere from The Atlantic and Southern Living to Relix and Pollstar, and it saw their lineup solidify into its current, electrifying status. For more information on The Nightowls, please visit: http://wearethenightowls.com/.

For updates on The Nightowls, please visit: